It's another day down for the class of 2021 and we have our latest Leaving Cert Diary with thanks to The Irish Second-Level Students' Union (ISSU) right here.

Check out the video above and read on below...

I have to say Irish paper 2 was absolutely beautiful! I've never been so happy with an Irish exam in my life, I think the changes made to the papers really highlight the need for choice within the Leaving Cert exams.

The question was very broad and I found it very easy to work with, I was cramming a load of quotes this morning and I’m happy to say I managed to get nearly all of them into my answer!

I moved onto the poetry section after that, I decided as soon as the changes were made that I was going to eliminate prós and I’m still very happy with that decision. Most people I know were delighted to see Géibheann appear on the paper, but for me I wanted An Spailpín Fánach , and thank god it showed up! I really enjoyed the question and thought it was very easy to work with!

Lastly I moved onto the reading comprehension, this is always a section that I tend to lose marks in, the extracts always seemed a bit old fashioned or out of touch for my liking but when I seen 'Scéalta ón mbliain 2020’ as the title, it was a very welcome change!

I’m quite interested in current affairs so even when I wasn’t sure of the exact meaning in Irish it was much easy to read in context since I’ve heard it in English! I managed to understand each question (except one of the grammar pieces in 6A but sure look!)

Overall I’m delighted with that paper and I’m looking forward to getting my Irish results in September! 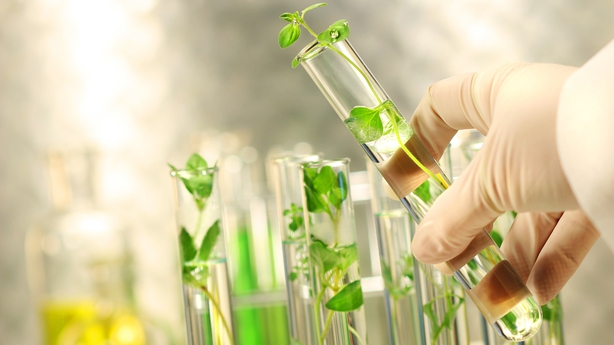 ...and she was happy with the experiments in Biology

I was quite tired heading into Biology today after sitting Irish in the morning!

In general, I think I'm quite happy with the paper, I managed to do nearly the entire paper within the three hours we were given!

I managed to do all seven short questions, but I’m not entirely sure I got them all right so I’m definitely glad we had the choice, I always found the nitrogen cycle hard when doing biology so I was a bit disappointed to see an entire short question on it!

The experiment questions were lovely, I’m sure we were all quite happy when we saw the scientific method and food tests appearing!

I gave the other two experiment questions a shot, which covered enzymes and plants. I decided to leave plants out of my study but I filled it in to the best of my ability, I thought the enzyme question was fair too, nothing overly complicated was asked I don’t think!

I have to say I found the long questions I bit tricky! There was a little bit in the ecology question that threw me off for a minute, I didn’t know what cowslips were but I think I answered it correctly nonetheless. I decided to not do the genetics question and moved onto the photosynthesis/respiration question which was fair standard I felt.

Other than that I was torn between Q16 and Q17 so I decided to do both and give myself the opportunity to get the better mark between the two!

For the most part I’m happy with the paper, and now I’m focusing on History and French for my final double day of exams!

There were no surprises in Irish Paper 2 for Jane

Paper 2 didn't throw up any surprises today, and I think most students would have been really happy with it. I chose to do Léámhthuiscint (A) on John Hume, as I thought my knowledge of him from History would play in my favour. Even the dreaded Q6 B was manageable, asking for two of Hume’s traits. This question is beloved by students, but since there hasn’t been a person - based Léamhthuiscint in a few years, we were very lucky.

I answered the Filíocht question on Géibheann, le Caitlín Maude. The question was very approachable, asking uncontroversial questions on contrast in the poem and your opinion on the suitability of the title, as well as the standard "saol agus saothar an fhile".

Finally, I turned to the ever-ominous "Litríocht Bhreise" page. However, I was happy with this question as well - for An Triail, we were asked to discuss a statement about the people around Máire who refused to help in "in her time of need". I found this to be a nicely broad question that left plenty of room for development, and I think I was among the majority who were quite happy with how it went.

Like Paper 1, this was a really accessible paper and I was delighted with the choices that we had in it. I’m over the moon to have the "Big 3" of English, Maths and Gaeilge finished at last - only two subjects left for me now!

Massive thanks to the students who gave their time to record and write for us and thanks to all at ISSU.

The ISSU Exam Blog is HERE