Today, Muinteoir Cliona told us about all the planets in the solar system and made a cool planet mobile. One of the planets we can see most nights is of course the moon. One of the most important events to ever happen the human race was when a group of astronauts walked on the moon for the first time ever in 1969. 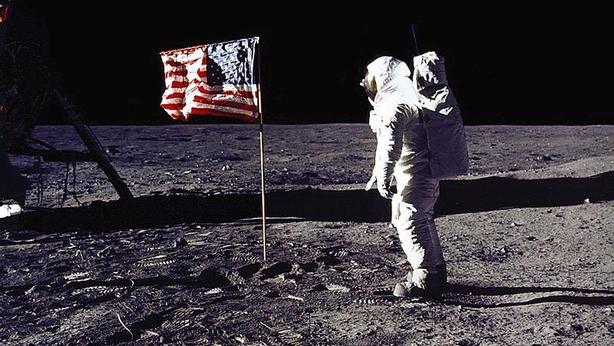 2. There were three US astronauts on board - Neil Armstrong, Buzz Aldrin and Michael Collins.

3. The moon is 238,855 miles away from Earth. Even whizzing through space at super-high speed, it takes more than three days to get there.

4. Out in space, away from Earth, there is no gravity holding astronauts down, so they float around in their spaceships.

5. The Apollo spaceship itself didn't land on the moon - instead, it was a smaller spacecraft called a lunar module that did. The module had to detach itself from the main spacecraft and land.
It JUST about made it - when it landed, there were only 30 seconds of fuel left. Yikes!

To make it back to earth, the module had to use a propelling system to shoot itself back into space so it could rejoin the main spacecraft.

6. Armstrong and Aldrin spent about two hours on the moon's surface, where they collected 21.5 kg of lunar material to bring back to Earth.

7. 600 million people all over the world watched the landing. 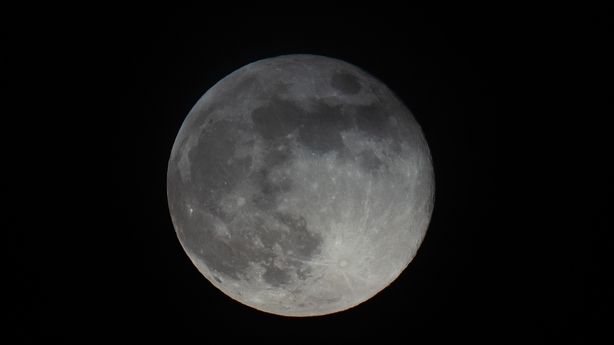 8. This mission was seen as the "peak" of The Space Race. The Space Race was a kind of informal competition between the USA and the USSR, about who could achieve more "firsts" in space exploration. There was fierce rivalry between the two nations.

9. Fake news alert!? Some people believe that NASA, the US space agency, faked the moon landing, in order to take the lead in the Space Race and to distract from the unpopular Vietnam War. They believe that the footage was filmed in a studio and cleverly edited.

Some people have painstakingly analysed the footage, claiming that it must be fake because there are no stars in the footage and that the shadows seem fake. NASA has repeatedly refuted these claims. Why don't you, with your parent’s or guardian’s help, look up the footage yourself and make up your own minds?

The first words of Neil Armstrong as he walked on the moon's surface were: "One small step for man, one giant leap for mankind".

This moving statement has gone down in history as one of the greatest quotes ever. If you were the first person to walk on the moon, what would YOUR first words have been?

With the eyes of 600 MILLION people around the world watching?! Think hard and write them down on a page or on the activity sheet that you have downloaded. 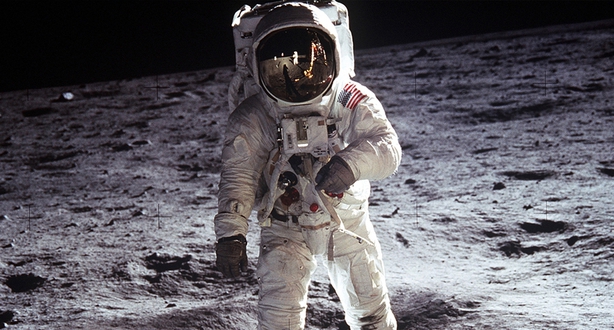 Some of us dream of being astronauts when we grow up!

To be chosen to go into space is a huge achievement - it takes many years of training and testing. When astronauts go to space, they can only bring a few items with them, as there is not that much room in the spacecraft.

If you were chosen to go to space, and you were only allowed to bring three things with you from earth, what would they be and why?
Perhaps some photos of your family or pet?
Or a favourite item of clothing?
Or your favourite book?
What would you put in your Space-Case?

On a separate piece of paper, draw some pictures of your chosen item and stick them into the scrapbook page below.

You can draw directly into the scrapbook in the full activity sheet either. Write some notes beside each picture explaining why you chose to pack this item!

One of the most famous astronauts in the world right now is Chris Hadfield from Canada.

While on a mission in space, he posted lots of YouTube videos from his spacecraft, explaining how different things work on the spacecraft and answering questions from us "earthlings"!

In this video, he shows us how to brush your teeth in space! Have a look...