It's time for another great experiment with the Let's Find Out team - Captain Zoom and her human scientists friends Amy and Mark.

Zoom really wants to know how tall buildings stay up. Two curious kids show her how the shape of a tall building's structure is very important, and that triangles are stronger than squares.

The show is produced with support from Science Foundation Ireland and you can watch the experiment (to try with adult supervision!) and get a full lesson plan right here... 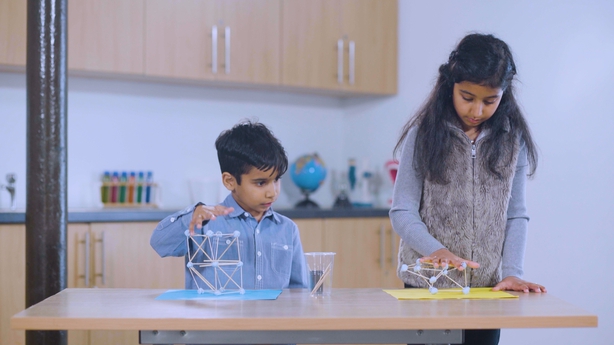 You may have noticed that the triangular tower was more sturdy than the square one. One reason for this is that triangular shapes can spread the load they carry more evenly than a square shape and this means there are less weak points into the tower than may tilt or fall under their load.

Also in this episode...

Mark and Amy show how to stop tall buildings from wobbling when it's windy - or if there’s an earthquake - by using a kind of pendulum called a damper. And the whole crew go see some very tall skyscrapers!

Click here to see all the experiments from the series!