It's time for another great experiment with the Let's Find Out crew - Amy, Mark and Captain Zoom.

Watch the full show on the RTÉ Player here!

Here, Zoom wonders why some things float and others things sink. She discovers that it's all about whether the object is more dense or less dense than the liquid it is in.

Adding salt to water makes it more dense, but can Darragh and Ronan make water float on water with their saltwater density column?

Always have adult supervision when trying any of these experiments...

And get the full lesson plan here... 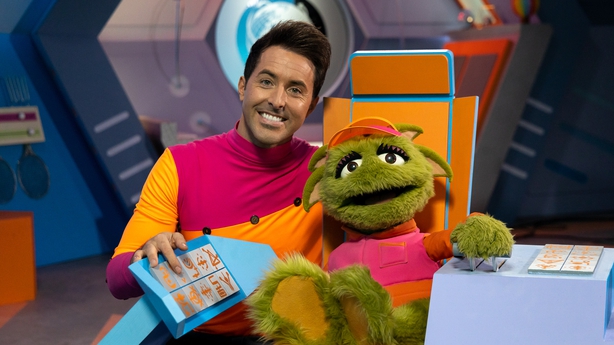 When we dissolve salt in water we change something called density. Water with salt in it is more dense than water with no salt in it. And things that are less dense float on things that are more dense. You should have a layer of blue salty water at the bottom of the graduated cylinder with a layer of yellow salty water in the middle and a layer of red water on top. Which layer do you think is the least dense and which layer is the most dense?