Irish people have been travelling to Japan for many years, making an important contribution to modern Japan and bringing a little bit of Ireland with them too.

Did you know that hockey was introduced to Japan from Ireland, or that the city of Ginza was designed by an Irish man?

Did you know that the Iwakura Mission drank Guinness in Dublin or that Lafcadio Hearn (known in Japan as Koizumi Yakumo) was Irish?

The Irish Embassy in Japan have shared this great article with us to highlight how our countries are linked. Read on to learn about the many historical contributions Irish men and women have made to Japan.

It wasn't all one-way traffic and we are starting with the celebrated Iwakura Mission. It visited Europe and the United States 135 years ago, from 1871 to 1873. The leader of the mission was Tomomi Iwakura and he was accompanied by over 100 Government experts and students eager to learn about the latest technology and educational practices for the Meiji government's programme of modernisation.

The Mission members arrived in Liverpool from the United States on 17 August 1872 and stayed in England until 16 December 1872. During their stay, the deputy leader of the mission, Takayoshi Kido, and three other members visited Dublin on 3 December 1872 as part of their grand tour of Europe.

We do not know much about their impressions of Ireland but we do know that they visited the famous Guinness brewery where they tried a pint of Guinness - just like the many thousands of Japanese tourists who visit Ireland every year.

It is possible that this visit to Dublin was the first by a representative of the Japanese government to Ireland.

Lafcadio Patrick Hearn, or Koizumi Yakumo in Japanese, is perhaps the most well-known Irish person in Japan. He was born in 1850 in Greece (hence his first name), the son of an Irish father who was a surgeon in the British army, and of a Greek mother.

As a very young child, he was brought to Dublin and raised by an aunt. He attended school in England and later emigrated to the USA where he became a journalist, a translator and a writer with a taste for the exotic and the macabre.

In 1890, he first traveled to Japan on an assignment for a magazine and spent the remaining 14 years of his life there, marrying a Japanese woman, taking out Japanese citizenship under the name Koizumi Yakumo and, whist serving as a schoolmaster in Matsue, he became Professor of English Literature at the Imperial University of Tokyo.

Hearn is largely remembered today because he wrote twelve books on Japan. The first, and perhaps the most famous, Glimpses of Unfamiliar Japan, was published in 1894. His last book, Japan, An Attempt at Interpretation, was published posthumously in 1905. This was an historical analysis of the transformation of Japan from a feudal society to the rapidly-modernizing country of the Meiji era.

As in all Hearn's books, a note of regret is persistently sounded: regret for the loss of the customs and practices of "Old Japan", the Japan which Hearn felt was being undermined by the processes of modernization during the Meiji period.

It is perhaps as a result of Hearn's sympathy and understanding for this "Old Japan" that his work is still so widely admired. Certainly, his contribution to Western knowledge of Japan and Japanese culture has been very significant. A special library devoted to books by and about Hearn was opened at the Embassy of Ireland in Tokyo in 1987.

To mark the centenary of his death, many commemorative events, such as an International Symposium, were held in 2004, including the issuing of a special commemorative stamp.

John William Fenton - Author of the first version of Kimigayo 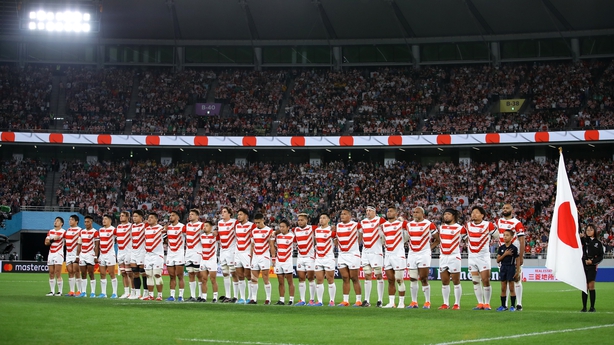 The music for the first version of the Japanese national anthem, the Kimigayo, was written by an Irishman - John William Fenton.

He was born in Kinsale, County Cork in 1828, and he came to Japan as a bandmaster with the British army in 1868, the year of Meiji Restoration.

In the following year, he started training the Brass Band in Japan for soldiers of the Satsuma clan at Myoko-ji temple in Yokohama. This band became the country's first military band. When the Emperor Meiji inspected troops consisting of four clans including Satsuma, the military band played for the first time in public.

On this occasion, Fenton hastily composed a ceremonial melody to accompany the poem "Kimigayo". Over time, this became accepted as the national anthem, although the current anthem is different from Fenton's original version.

Fenton is also known as the father of brass band music in Japan and is celebrated for his musical contribution to Japan. 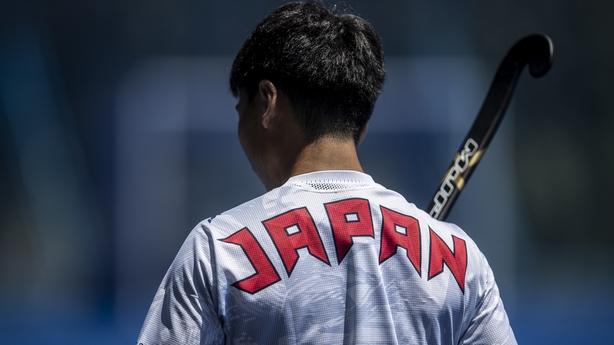 The Irish are passionate about sport and an Irishman, Reverend William Thomas Grey, introduced hockey to Japan in 1906.

Born in 1875, Grey left Ireland for Tokyo in 1905 to work as a missionary. The following year he came to Japan and began teaching at Keio University. Reverend Grey had been a keen sportsman as a student in Dublin, where he was a member of the Trinity College hockey team.

Starting in 1906, Revd Grey taught students at Keio how to play hockey and from this introduction the modern sport of hockey in Japan developed. Grey remained at Keio for twelve years, before returning to Ireland. He died in 1968 and is buried in Dublin.

He is still highly respected as "The father of Keio/Japan Hockey". In 2005, to mark the centenary of the Keio Hockey Club the following year, Keio students visited his grave in Dublin on which they placed a memorial plate.

They also played friendly matches with Trinity College and other Irish Universities. Ginza is famous for its bright lights, up-market shopping and for its high real estate values. But did you know that the current street plan was designed by an Irishman?

Born in Birr, County Offaly in 1842, Thomas James Waters came to Japan in 1864 and stayed until 1877. He started work as an engineer for the Satsuma clan in Kyushu before moving to Osaka where he designed the Imperial Mint for the Meiji Government.

This success led him to Tokyo, where he became involved in larger projects such as construction of the Takebashi Barracks and the famous Ginza Bricktown.

When Ginza was devastated by fire in 1872, the government asked Waters to design and build a new, modern street plan. The resulting grid-like plan remains to this day and the two-story Gregorian brick buildings, influenced by the architecture of Dublin, changed Ginza from a traditional Edo-style town into a symbol of "civilization and enlightenment" in the Meiji Era.

Waters is remembered as an accomplished engineer and architect who contributed to the modernization of Japan.

The Irish contribution to engineering in Japan is long and distinguished. The most well-known is Charles Dickinson West, who became a respected expert on mechanical and naval engineering at Tokyo University in the Meiji period.

Affable and friendly, West taught well and was respected by his students. The school was later merged with others to form Tokyo Imperial University Engineering School and West went on to teach mechanical engineering and naval architecture there.

West stayed in Japan for 25 years until his death from pneumonia on 10 January 1908. His bronze bust can be found on the Tokyo University's campus and his grave, which had long been taken care of by the Japan Society of Mechanical Engineers and is now under Tokyo University's care since the autumn of 2006.

The oldest record of an Irish person visiting Japan dates back to July 1704, when an Irish sailor, Robert Jansen, was seized off the coast of Kyushu.

Jansen, who was from Waterford, and five companions had escaped from the Dutch East India Company in the Philippines and set sail in a small boat hoping to reach Canton. The six were taken prisoner by the Satsuma clan near a small island off the coast and were held in Kagoshima for several days before being transferred to Nagasaki.

This was the period of Sakokuwhen Japan closed its doors to the outside world. Jansen and the others were suspected of being Portuguese missionaries and were held until November 1704 before they were finally released and allowed to join a Dutch ship bound for the city of Batavia (present day Jakarta) in the Dutch East Indies. 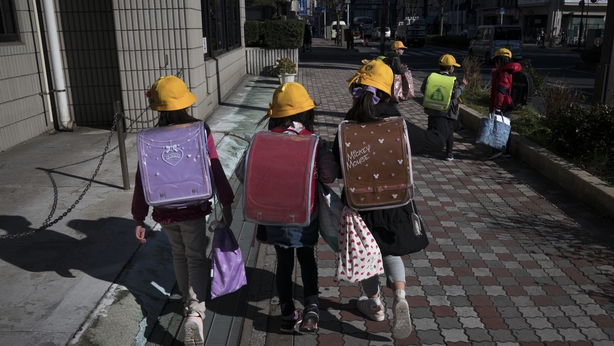 Hundreds of Irish nuns and priests have lived, worked and taught in Japan since they first arrived during the early Meiji period.

They have made a particularly valuable contribution in the field of education, and as a result generations of Japanese young people have been taught by Irish missionaries over the past 130 years.

Some Irish nuns and priests chose to remain in Japan during the Second World War to bring comfort to their communities. Just after the war, a great number of Irish missionaries came to Japan to work alongside their adopted countrymen and women in beginning the slow process of rebuilding their society.

Their work continues to this day in towns and cities throughout Japan.