Eureka! Santa's got it!

Hello! Its Phil and I think that I've figured out how Santa get his sleigh to fly! I know Exciting huh?! Well, let me tell you what I think is happening and what I was trying to show you in the Hub Lab.

The Earth is like a giant magnet. Well, it has a magnetic field that’s like a bubble of magnetism that surrounds Earth. It acts like an invisible shield around Earth that protects it from dangerous things, like radiation from the sun.

So, it’s really useful and it’s always there and you might say that our planet has it very own super power! Why am I telling you this and what has it got to do with Santa I hear you ask? Well I think Santa uses this magnetic field to his and our advantage! Let me explain. 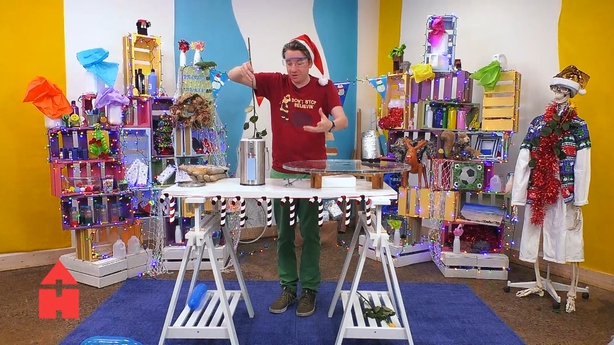 North and south poles are attracted to each other. Santa know this! Sure he lives at the North Pole with Mrs Claus so I think that they are really both aware of magnets and what they can do especially when they pair them with some super materials.

The super material I’m talking about is a super-conductor. Super conductors are amazing and really special in that when you cool some of them they get trapped in magnetic fields. That means that they can float! So if Santa and Mrs Claus made their sleigh out of a superconductor material and then put the same material on the reindeer hooves then maybe they can use Earth’s magnetic field and get the superconductors to float in it!

I used a track of magnets in the Hub Lab to show how it might happen on a small scale so you can see it working. Now I did use liquid nitrogen to cool the superconductor down but where does Santa live? The North Pole. Where is one of the coldest places on Earth? The North Pole Is this all starting to make sense?…Maybe! 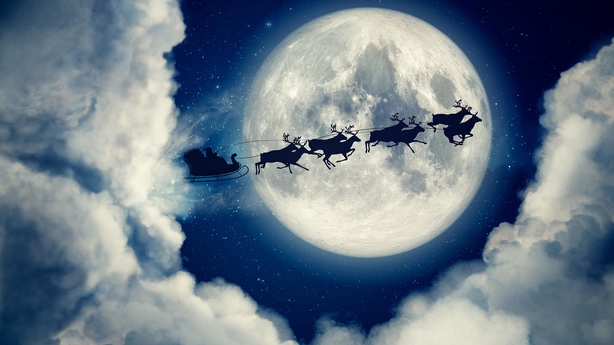 So I think either Santa or Mrs Claus has figured out how to use all of these things together to make the sleigh fly and help deliver our presents. Magic!

Well magic is just science that we haven’t figured out yet so I think we might be starting to understand how awesome a team the Claus’ are! Either that or the reindeer all studied science ….