She joined After School Hub to tell us about her passion for the game and how to encourage more kids to play it, especially young girls. She tries to make it accessible and has her own Twitch channel where she runs competitions and gives advice to other young people starting out: Diana on Twitch

Mirza, whose parents are both Romanian, has always grown up around chess and her father Gabrile is a chess teacher, who she beat for the first time when she was just ten years old!

Chess is a two-player strategy board game played on a chessboard, a checkered game board with 64 squares arranged in an 8×8 grid.

Each player begins with 16 pieces on the board: one king, one queen, two rooks, two knights, two bishops, and eight pawns.
Each of the six piece types moves differently, with the most powerful being the queen and the least powerful the pawn. 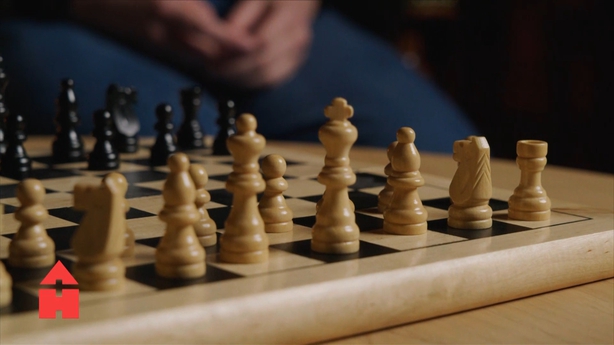 To win a game you need to "checkmate" the opponent's king by placing it under an inescapable threat of capture. To get to attack the King you will have used your pieces to attack and capture the opponent's pieces, while supporting each other. It means you have to defence and attack at the same time, and always be thinking ahead of your next move

In addition to checkmate, the game can be won by voluntary resignation of the opponent, which typically occurs when too many pieces are lost or checkmate appears unavoidable. There are also several ways a game can end in a draw.

The game is played by millions of people worldwide and if you would like to try it why not get in touch with a local club: Irish Chess Union - Clubs