In this edition of Wild Hub on After School Hub, our friend Mélanie from Reptile Haven is talking about some bugs with a really bad reputation - cockroaches!

They are a bit misunderstood and are actually quite clean, just humans came along and took over so they've had to learn to live side by side us which is usually in dark, damp and sometimes dirty places as they've learned that humans don't go to those places much. Plus there they are not in danger of drying out. 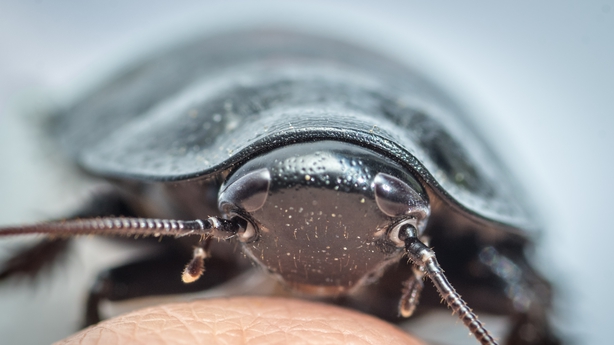 The ones we are meeting are a special type known as The Madagascar hissing cockroach, also known as the hissing cockroach or simply hisser. They don't hiss with their mouths, they use their body, like a whoopy cushion to make the noise as a warning.
It is one of the largest species of cockroach, reaching five to seven and a half centimetres when they are fully grown. These hissers are native to the island of Madagascar, which is off the African mainland, where they are known to be found inside of rotting logs.

Cockroaches don't breath through their mouths, instead they use their bodies. Because they have a different breathing system to us they can live for up to 14 days without their heads, eventually dying of dehydration as they can't drink without their head and mouth.

Also apparently they could withstand a nuclear bomb going off as their armor design is so good. They hear with their legs, cool grips on the end of their legs which help them climb and 'stick' to things.
They are herbivores so no need to be scared of them, won't do anything to us. Think of them like a giant ladybird, but not as pretty...

The whole series can be seen HERE