This week on Martin's Shed we'll be looking at different festivals all over the world. We were thinking of maybe having a Sprout Festival but changed our minds when we tasted them!!!

Here are some better things to do with them – we think anyway! 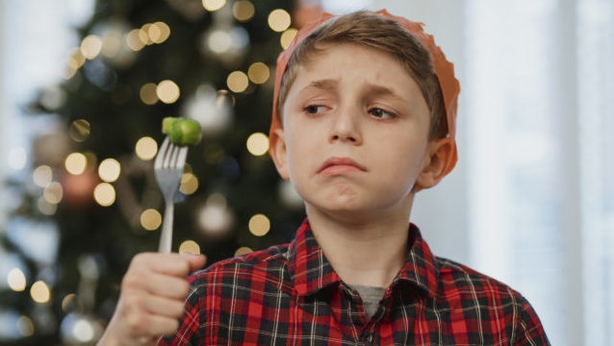 Number five
Remove the outer leaves, wash them, halve them and then bring them directly to the compost bin, you'll be doing your dinner a big favour.

Number four
Sprout jewellery - we think the idea will grow on you - admittedly it has a short life as the aroma will being to overwhelm the wearer after approximately four days.

Number two
Sprout conkers - thread a sprout onto string and compete against a fellow sprouter knocking the daylights out of each others' sprouts until one of them falls apart.

Number one
Dip it in icing, pretend it's a tasty little cake and prank a friend!

BUT, let's be fair here and give Brussels sprouts a chance.
Loved and loathed in equal measure, sprouts have a nutty, earthy taste and are a member of the Brassicaceae family of vegetables; their close relations include the cabbage, broccoli and kale.
They gained their name after becoming a staple of the Belgian diet in the 16th Century.

Tune in to Martin's Shed every weekday on After School Hub at 3.20pm or catch up on RTÉ Player.