You may have seen the Jeanie Johnston Tall Ship docked in Dublin, but how much do you know about it? Here are ten amazing facts! 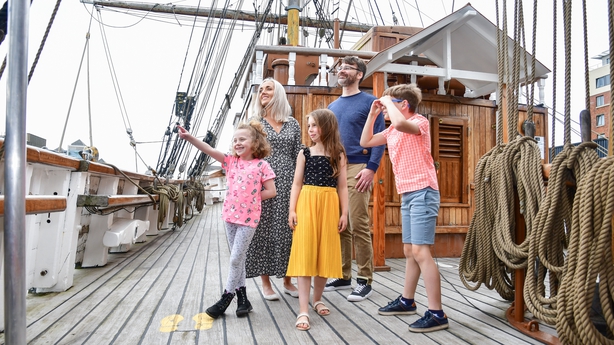 1. There are not one, but TWO Jeanie Johnston ships

The original Jeanie Johnston was around at the time of the Irish Great Famine in the 19th century. A 'coffin ship', she carried trade items such as timber across the Atlantic Ocean from Canada to Ireland, exchanging them for Irish emigrants on her return route.

To honour the original ship, a replica was completed in the 21st century. After sailing the original Jeanie Johnston’s route and further, she settled in Dublin’s Docklands. She is now a dedicated museum where you can experience the stories of the Famine through the eyes of those who lived through it.

2. The two Jeanie Johnstons were made centuries apart, but are practically the same ship

The original Jeanie was made in AD 1847, while the replica was completed in 2002. The only differences are some minor alterations in design to make the new ship comply with current Irish and international maritime regulations.

3. The original Jeanie Johnston is Canadian

The original Jeanie was built in Quebec, Canada by a Scottish man, John Munn, and was sold to some Irish traders from county Kerry called John Donovan and Sons.

The replica ship was built in Blennerville, Co. Kerry, and was designed by Fred M. Walker, a former Chief Naval Architect with the National Maritime Museum in Greenwich, England.

The original Jeanie Johnston was made for carrying goods. She was primarily a cargo vessel and on her journeys to Ireland she carried a wide array of goods with her, including lumber, timber, rope, molasses, rum, tobacco, tea, textiles, letters and much more!

5. The original Jeanie Johnston made a total of 16 transatlantic voyages…

Between 1848 and 1855, the Jeanie Johnston made 16 voyages from Ireland to North America, sailing from Co. Kerry to Quebec, Baltimore, and even New York.

On average, the Jeanie would carry approximately 190 - 200 passengers per journey. To put this number in perspective, the replica ship is only licensed to carry 40 people, including the crew!

7. The Jeanie Johnston never lost a life on board – in fact it gained one!

On the ships very first, or maiden voyage from Tralee in Ireland to Quebec, Canada in April 1848, a pregnant woman gave birth. The parents, Daniel and Margaret Reilly, were so grateful that they named the baby Nicholas (after the co-owner of the Jeanie Johnston, Nicholas Donovan) and Johnston (after the ship).

8. The captain, James Attridge, was attributed with saving many people’s lives

He made sure that the ship wasn’t overcrowded and hired a good surgeon Doctor Blennerhassett, who implemented strict health checks and safety routines such as shaking the bed blankets above deck in the fresh air daily.

9. Music was commonplace on board

It was not uncommon to find a fiddler amongst the emigrants, and music played an important role in keeping spirits up during the long voyage. There are even reports of dances taking place in the steerage (lower deck)!

10. The original Jeanie Johnston went to a watery grave

In 1858, the original Jeanie Johnston became waterlogged as she was making her way from Quebec to Hull with a cargo of timber. The crew of 16 men climbed to the top of masts and, after nine days, they were rescued by a passing Dutch ship, the Sophie Elizabeth.

Bonus: The figurehead of the Jeanie Johnston is rumoured to be the famous Irish pirate, Granuaile O’Malley. 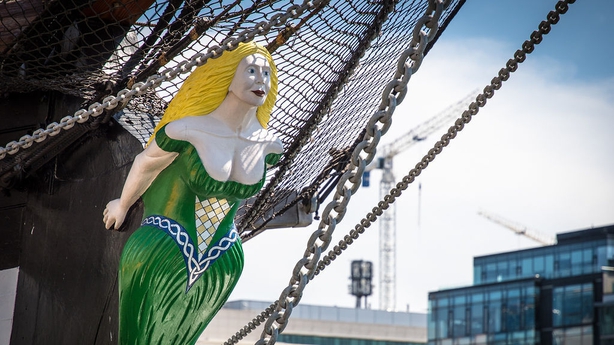 Granuaile or Grace O’Malley was a fearsome Irish pirate queen who was alive about 500 years ago. Legend has it she was the daughter of a great trader and sea captain, and terrorised the English coast!

To find out more about The Jeanie Johnston, and learn how to be a master mariner, visit the replica in the iconic Dublin Docklands.