Today Múinteoir Clíona's English lesson was all about report writing.  Here are the questions a journalist needs to ask themselves before writing a report on a person or event –

Writing a report on a person:

Who? Basic background of the person

What? Explain what they do / what are they famous for

When? Years and important dates

Where? Places where important events in this person’s life took place

Why? Explain why they did what they did

How? Explains how they succeeded or failed in what they set out to do and the methods they used.

Reporting on an event

Who? Tells the reader who the report is about.

What? Explains what event is being covered.

When? Tells when the event happened. Give date and times where possible.

Where? Tells where it happened.

Why? Explains why it happened.

How? Explains how it happened.

If you manage to answer all six questions it should be an accurate and informative report!

The subject for today’s news reports are the Irish Suffragettes. The Suffragettes were members of militant women’s organisations who campaigned for women’s right to vote.

Here is the script from Múinteoir Clíona’s lesson on Hanna Sheehy Skeffington.  You can complete a report on Hanna or her fellow Suffragette Margaret Cousins in the Home School Hub newspaper template at the bottom of the worksheet.

"My name is Johanna Mary Sheehy, but you can call me Hanna. I was born in Co. Cork in 1877 but I moved to Dublin when I was a child. My family was really political. My dad was a nationalist member of parliament and my mother was very passionate about women's rights, and my uncle was considered a 'rebel priest’. You can already see that with my family upbringing I would be passionate about making a difference!

I was a very independent thinker from a young age and was one of the first women to graduate from an Irish university. People described me as ‘warm, hardworking and wise’. I believed in equality for everyone.

I met a man called Frank Skeffington, fell in love and got married. He too believed in equality for all. If you don’t believe me, listen to this - We took each other’s last names! In my time, when women married, they dropped their maiden name and took their husbands. Frank took my surname Sheehy and I took his, Skeffington. We were known as the Sheehy Skeffingtons. We had a son called Owen, who would later go on to become a senator and make us so proud by championing human rights just like us.

In 1908, Frank and I helped set up the IWFL or the Irishwomen’s franchise league. We also launched a feminist newspaper called the Irish Citizen. Feminism is the belief that women are equal to men, but this wasn’t the way of thinking when we set up this newspaper.

Irish women were not allowed to vote in Ireland in my time. The Irish Parliamentary Party didn’t support votes for women and the IWFL were outraged. It just wasn’t fair. We protested and broke windows in Dublin Castle, that was how angry we were! Some of us, including myself were sent to Mountjoy prison for a month. I went on a hunger strike and was released after five days. I truly believe that it is harder to live for a cause than to die for it.

During the Easter Rising in 1916, myself and Frank helped the injured and brought food and messages to the rebels. I did this because I believed in an independent Irish republic, not be ruled by England.

One of the worst moments in my life was when Frank was captured and shot without trial. I was heartbroken, devasted and angry. The British army tried to give me money as compensation, but I refused to take it. I wanted an inquiry into Frank’s death because money wasn’t good enough. I wanted them to take responsibility for what they had done.

As devastated as I was, I knew that Frank wouldn’t want me to give up. I travelled the world, did all the things we said we would. I spoke about votes for women and Ireland’s right to independence. I even made it to New York and spoke in Carnegie Hall. I campaigned for causes I strongly believed in until my death. I was laid to rest beside my equal, my husband Frank. Our grave can be found in Glasnevin Cemetery.

Another Irish Suffragette you could research and do a report on is Margaret Cousins.  Here is a bit if information on her to get you started - 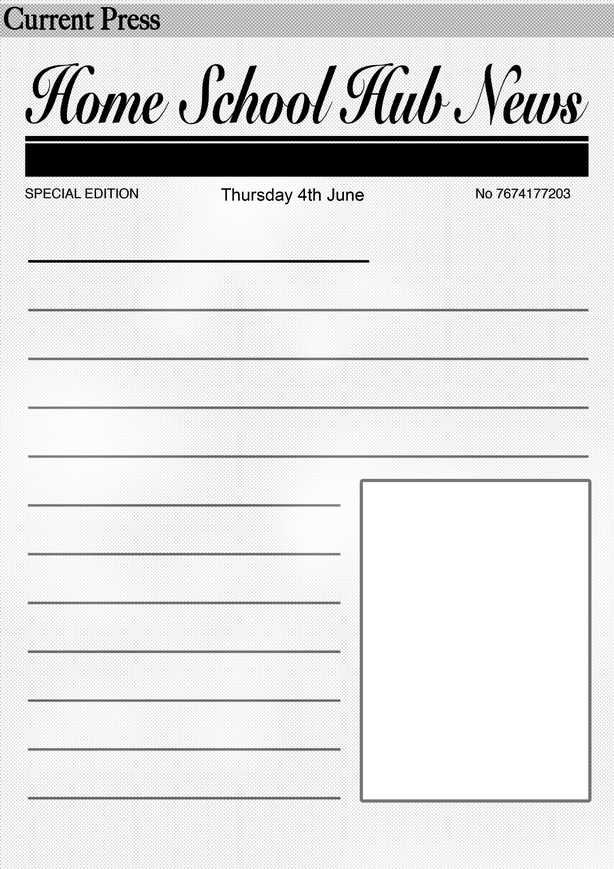 This is a fun exercise to practise your news reporting skills and get you asking the 5 W's and 1 H.

Pick a fairy tale you loved when you were younger e.g. Red Riding Hood, The Three Little Pigs etc.

Write a report about an event in the story and come up a catchy headline for your report e.g. "Granny Survives Getting Gobbled" and draw a picture to accompany the story. 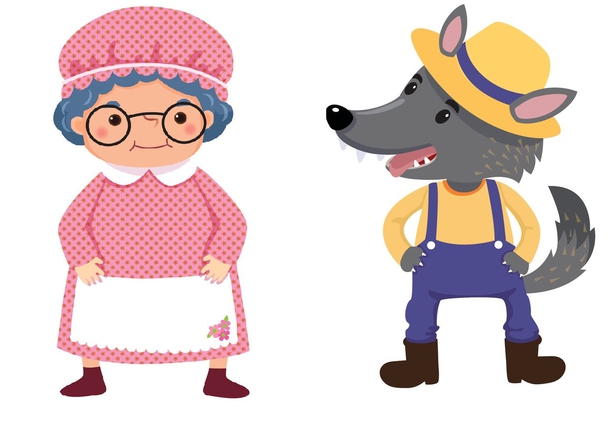