As Múinteoir Clíona taught us, the Tonic Solfa is a way of learning and reading music.  This method uses note names for a scale and these are: DO, RE, MI, FA, SO, LA, TI, DO.  You might have heard of a film called The Sound of Music.  This well-known film featured a lovely song to help you remember these eight notes.  If you don't know it, maybe ask a parent or guardian to sing it so you can hear the tune!

We've created our own quirky, updated version to help you remember the notes:

RE, it shoots out from the sun

MI, the person singing this song

FA, how far I’m going to run (within the 5km restriction zone!)

SO, you sing along with me

LA, La Land was a movieee

TI, we love a cup of tea

DO is normally (but not always) the note C and it is the first note of the scale.  Here's how the words/notes look on a piano when you start at DO, and what they look like on a music stave when you start with C. 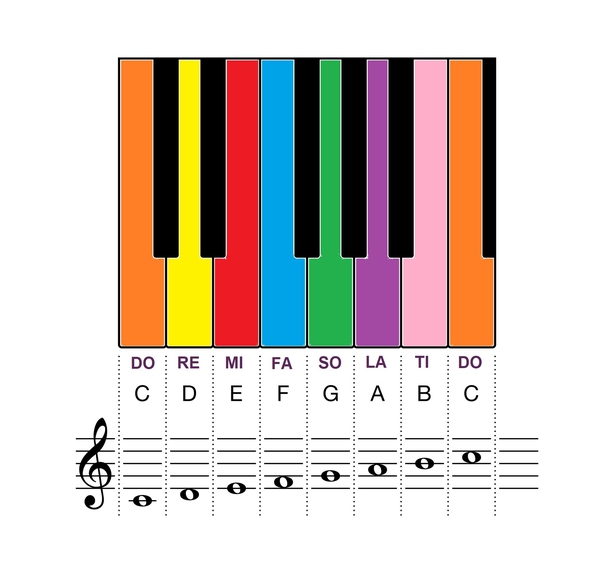 Using the image above (if you need to), write the name of each note beside it.  The first one is done for you, as an example. 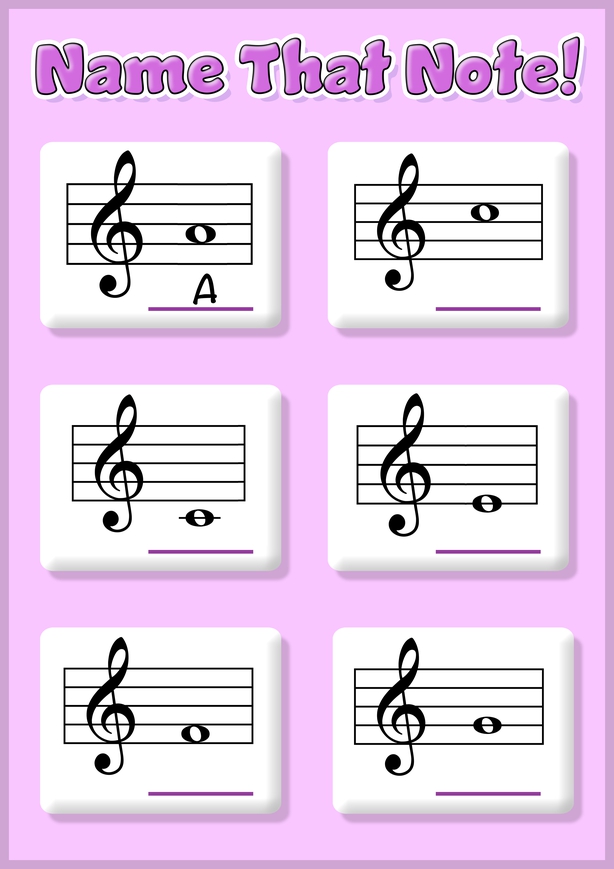 The musical genius Wolfgang Amadeus Mozart composed his first piece of music at just 5 years old!  A treble clef is a musical symbol used to indicate the pitch (sound) of written notes. If you want to write your own piece of music, first practice drawing one of these:

The best way to start drawing a treble clef is to begin at the middle where the swirl first starts.  Swirl your pencil around clockwise once then go up and around turning anti-clockwise at the top of the clef, and come straight down, then into the curl at the end.  Do that a few times on the stave below to practice, and you'll have it!

Next, practice drawing the notes on the music stave (the stave is basically the five lines where the notes go).  You will notice that C has a line through it, then D doesn't, then E does, and so on.  Line -> Space -> Line -> Space etc.  That’s usually the way notes will go in a scale, but it depends on which note you start on. 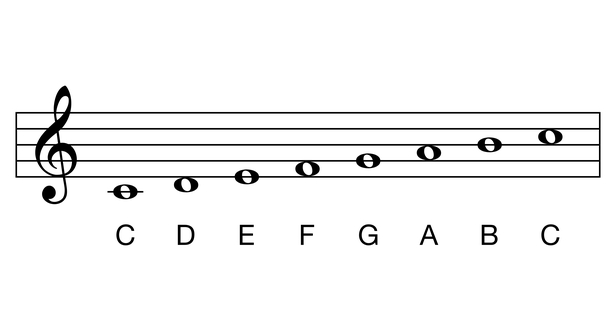 If you mix the notes in the scale around, they will make different tunes when you sing them.  For example, the first two lines of Mary Had a Little Lamb are:

And on the music stave when written as musical notes, they look like this: You can create songs using the Tonic Solfa, or writing them out in note form.  So, take a moment to think about it!  If you practice the above activities and you can write notes and/or tonic solfa in different orders to make songs and tunes, then congratulations – you are now a music composer!  That's pretty impressive, eh?  Take a bow! 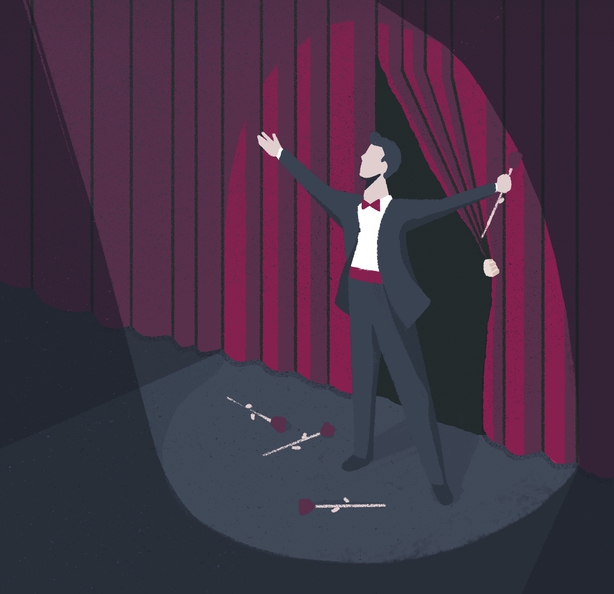