What is a bit and what is a byte?

Almost everyone who uses a computer has heard the terms, kilobyte (kB), Megabyte (MB), Gigabyte (GB) and even Terabyte (TB). For example, this could be when referring to the size of computer file. While then bandwidth or connection rates are measured in bits/second.

But what is a bit and what is a byte and what do they have to do with computers? Picture a basic room light. The light is either on or it is off. You control the current state of the light by flipping a switch that has only two settings, on or off.

Did you know? Like a light switch, in the past computers used a series of mechanical switches to control the flow of electricity through their circuits, turning each one on or off. The on/off states of the circuits was used to represent and even store information. The smallest unit of information, representing the state of one switch, is known as a bit.

A bit is a binary digit and has only two possible values, zero or one. 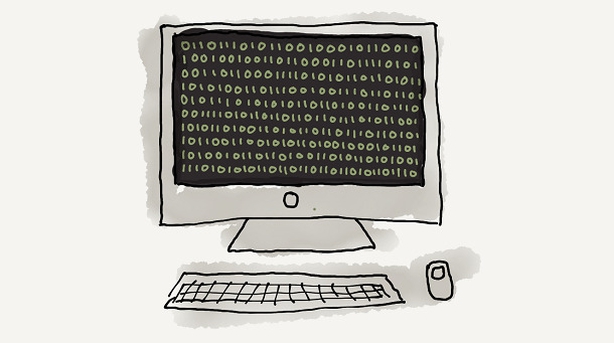 To represent larger pieces of information, bits are strung together in sequences of 8 called bytes.

A byte is a sequence of binary digits made up of 8 bits.

Each digit in a byte can be thought of as representing an individual switch that is either off (zero) or on (one). In today's lesson and home challenge, we want you to explore binary even more. So let’s switch to one and get started!

We are so excited that you can learn even more about binary code now as this is what a lot of computers rely on to operate simply and efficiently. Modern computers rely on transistors, which pack millions of tiny switches into a chip smaller than your thumb, but information is still represented in essentially the same way: as a series of ones and zeros.

Download the home challenge sheets here to work on your understanding of bits, bytes and binary code. Good luck!