Múinteoir John taught us about the way films are made.  Here are some important words he mentioned, when it comes to the structure of a film.  We are using the Walt Disney  film The Lion King as an example.

GENRE - This is the type of film it is, for example:  horror, comedy, animated, science fiction, family.  The Lion King is a family film and an animated film.

SCENE – This is where the film takes place and it can be one place, or many different places.  The Lion King takes place on the plains of Africa.

CHARACTERS – Characters can be people or animals or whoever the film is about.  The main characters in The Lion King are Mufasa (father), Simba (son), Scar (the evil uncle) and Timon and Pumbaa (loyal friends).

CONFLICT – Something that causes a problem or changes things for the characters in the film.  For example, Scar wants to be King and this causes conflict.

MUSIC – The film might have a theme tune or songs or music playing throughout.  There are many songs in The Lion King that you can learn to sing!  Why not give it a go? 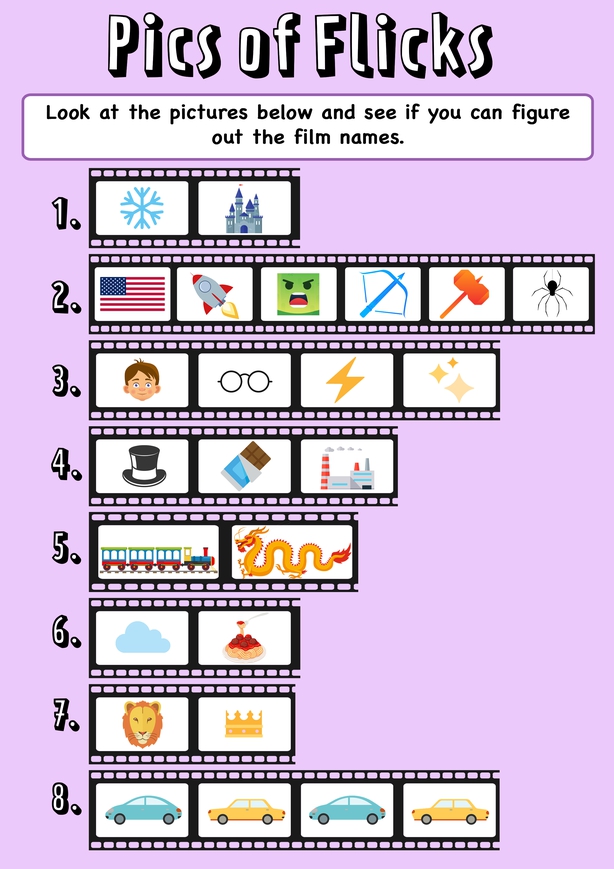 Make and Do: Fantastic Flick Book

Here's how Múinteoir John made his flick book in today’s lesson.

How to make it:

Step 1:  Fold a sheet of A4 paper in half and then fold it over again. 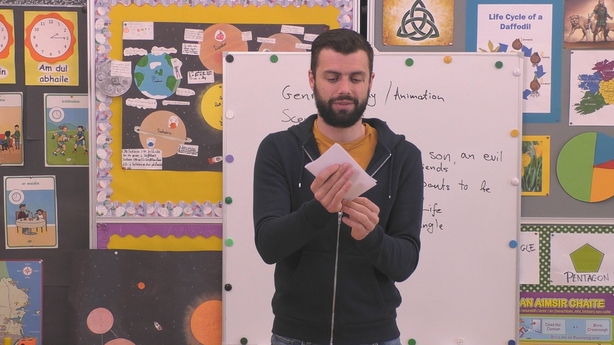 Step 2:  Cut along the folded lines so you end up with four smaller pieces of paper that are the same size.  Do this with more sheets of A4 paper, depending on how many pages you want in your flick book.  The more pages you have, the longer the story! 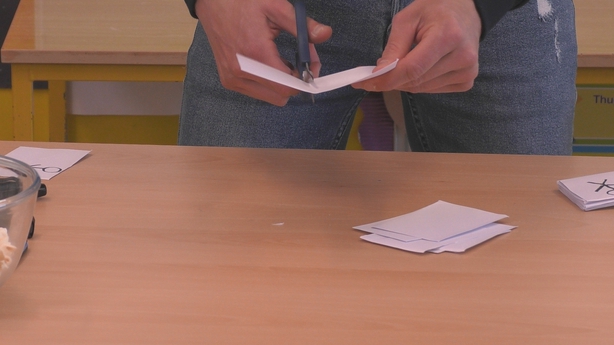 Step 3:  Draw a picture on the right-hand side of the first sheet of paper.  If you want to start of simple, just draw a stick person.  Leave the left side blank because that is where you will hold the flick book (or put a clip/staple), to make it flick. 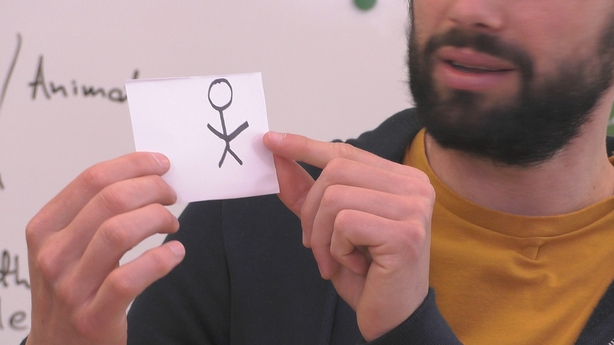 Step 4:  On the next piece of paper, draw the stick person moving very slightly in a different way.  Maybe an arm has moved or a leg.  The stick person should be in a similar place on the page to the last drawing, just doing something slightly different.  If you need to, put the first sheet with the first drawing, underneath the next sheet, then shine a light through from underneath and you will see the first stick person and you can trace that and then make a very small change to it. 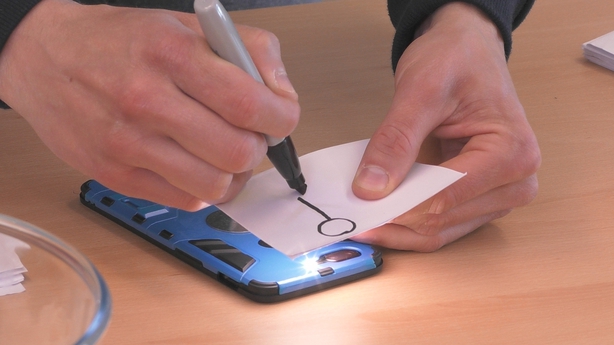 Step 5:  Once you have done all your drawings one after the other, and changed the image slightly on each page so that there is movement, use a clip or staples to hold the left side of the pages together, and then use your thumb to flick the pages quickly so you see all the images moving one after the other. 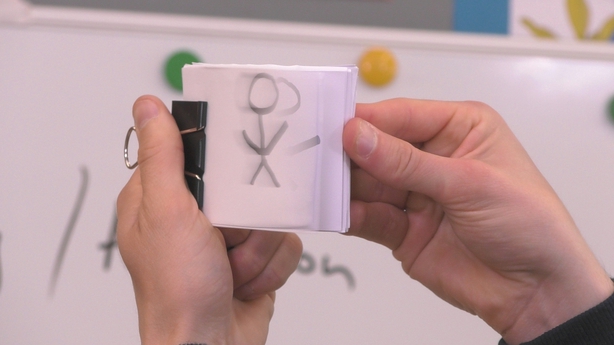 There are some great ideas for flick books online, if you have access to the internet.  Maybe ask a parent/guardian to show you if you need to.  Enjoy the flicking fun!

4) Charlie and the Chocolate Factory

5) How To Train Your Dragon

6) Cloudy With A Chance of Meatballs