Múinteoir Ray's lesson today was all about the brave Irish explorer Tom Crean.

Let’s go over the story of his life and see can you answer a few questions about his adventures. 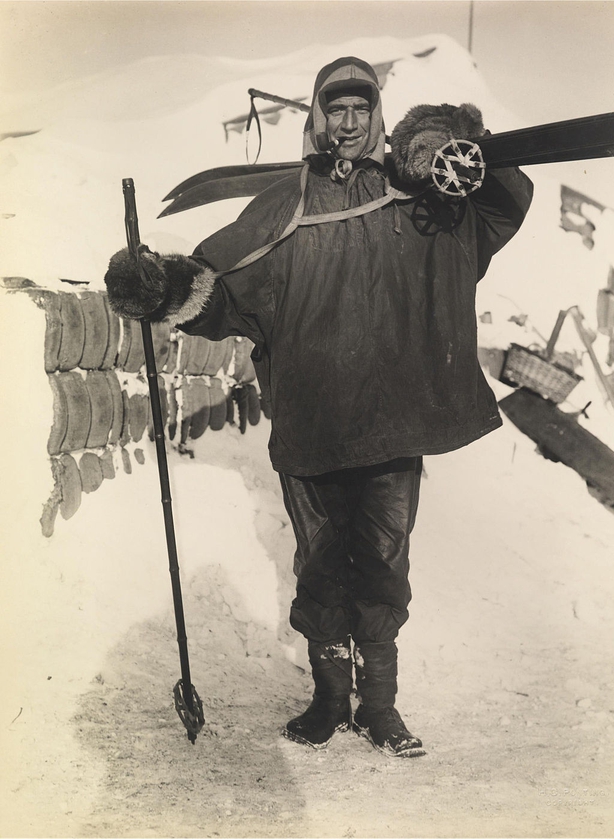 Tom Crean was born in Co. Kerry in 1877.  His parents were farmers.  Tom dreamed of one day becoming a sailor.  When he was 15 he stole a suit and some money and went to join the Royal Navy.

Toms first expedition was with Captain Robert Scott on the ship 'Discovery'.  Their aim was to be the first explorers to reach the South Pole.  Their ship got into difficulty along the way, getting stuck in ice for almost two years.  Despite this, they set a record as the explorers that got the closest to the South Pole.  They were just 575 miles from their goal.

They tried again a few years later in 1911.  The men boarded the ship ‘Terra Nova’, along with 16 others.  While on their way, Captain Scott decided that only five of the men should finish the journey.  Tom was not chosen and was devastated.  While Scott’s team did manage to reach the south Pole, Norwegian explorer Roald Amundsen had gotten there first, beating them.  On their return journey, Scott and his four companions died of frostbite due to a severe drop in temperature.

Tom joined Ernest Shackleton on an expedition to Antarctica in 1914.  This mission was named 'Endurance', after the boat on which they would travel.  Their aim was to walk across Antarctica, from coast to coast.  While on their way, their boat became stuck in the ice for almost ten months.  This brought them miles off course with no means of communication.  After many months, the boat was crushed by ice.  The team took refuge on Elephant Island.  Tom led a small team back to South Georgia, where the mission had begun.  He was able to get help and Shackleton’s team were saved.  Tom returned to Ireland and opened a pub called ‘South Pole Inn’ in Annascaul, County Kerry.  He died in 1938.

1) Where and when was Tom Crean born?

2) What age did Tom join the Navy?

3) Who led the expedition 'Discovery'?

4) What year did the ‘Terra Nova’ expedition begin?

5) How did Captain Scott and his team die?

6) What was the name of the ship that Ernest Shackleton led?

7) Where did the Endurance mission begin?

8) Where did the Endurance team take refuge?  Why?

9) Name the pub that Tom Crean opened?  Where was it located?

Múinteoir Ray asked you to write an entry from Tom Crean’s expedition diary.  Below is a page from his diary to fill out and a space where you can draw a picture of an event. Here are a few ideas for you for the diary entry –

Tom’s diary entry after getting into the Royal Navy.

Tom’s diary entry after hearing he would not be continuing to the South Pole with Captain Scott. 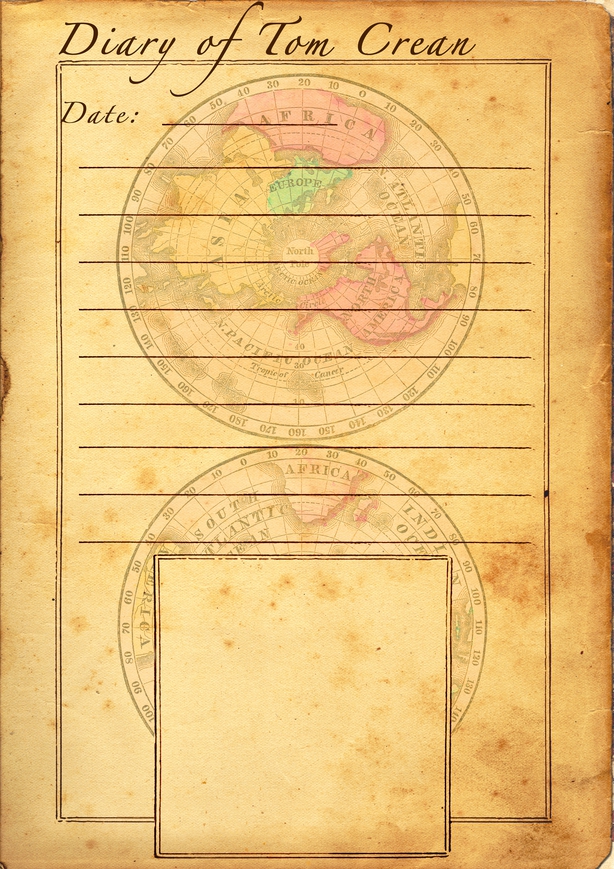 All this talk of ice has reminded us of a great ice magic trick you can do for your family.

What you will need: Ice, glass, water, string / thread, salt 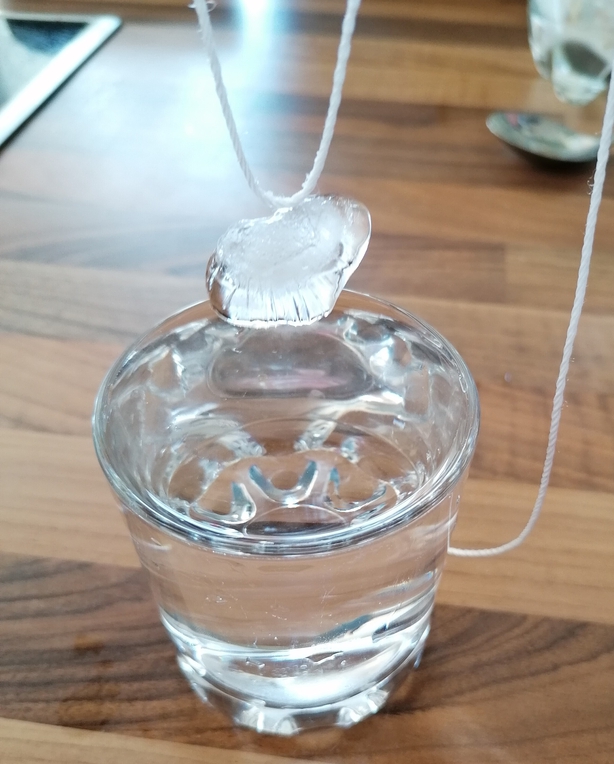 ...well kind of… not really… it's science.  The salt reacts with the ice and causes it to melt, but the water freezes over again and freezes the string into the ice, allowing you to pick it up.