Keith Haring is an American artist known for colourful, cartoon artwork.  His pictures frequently feature the outlines of spaceships, dancing people, crawling babies and barking dogs.  The figures are surrounded by action lines that make them appear to be moving, vibrating, radiating or making noise.

As a child Haring was influenced by the cartoons of Charles Shultz (Snoopy) and Walt Disney and by the illustrations of Dr Seuss.  He spent many hours drawing cartoons with his Dad who also loved cartooning. 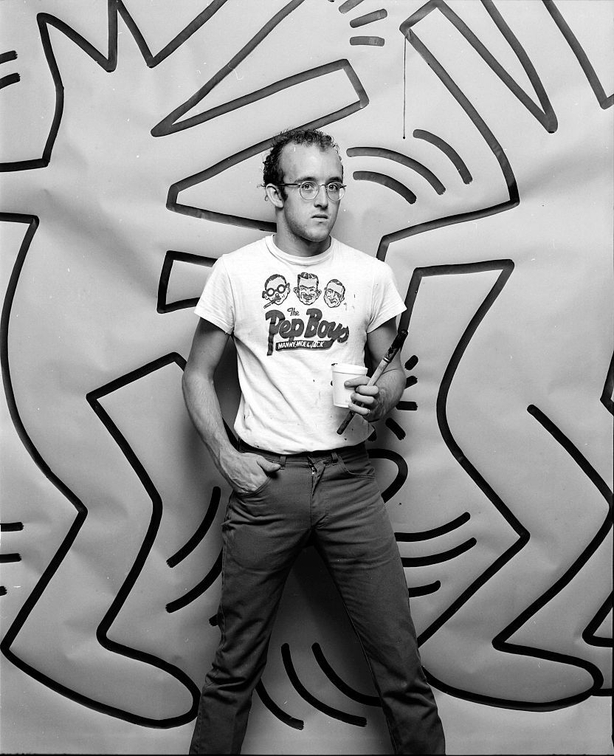 Haring was most interested in creating public art that everyone could enjoy, so he would draw chalk pictures in blank spaces in the New York subway.  The thousands of people that used the subway every day took notice of his art and word spread on tv and newspapers. He soon became famous around the world and was asked to exhibit his work in the most prestigious galleries.

Despite his fame and fortune Haring always wanted his art to be available to everyone so he opened a shop call the Pop shop, selling posters, badges and t-shirts of his work. He also enjoyed working with schools and hospitals to create colourful murals.

This is a mural he did in Philadelphia with the help of a group of high school students.

Pick out one of the people from the mural and try and draw them. 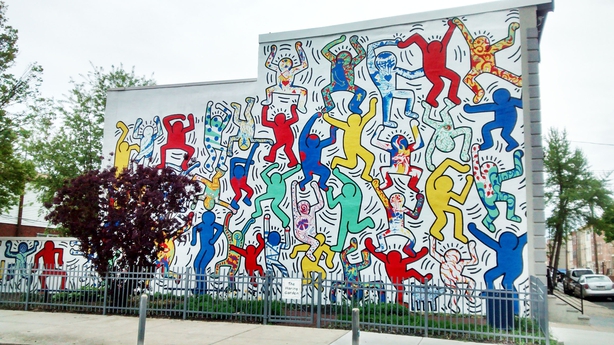 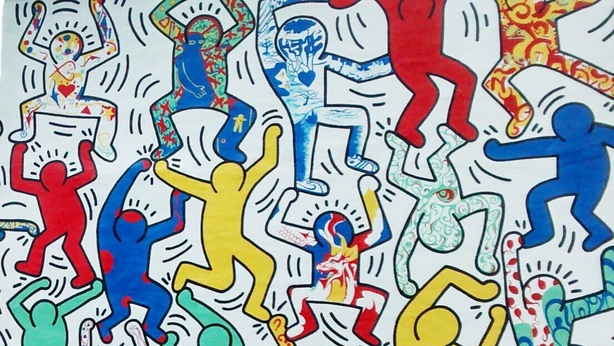 What country was Haring from?

What was Haring's style of art and what did he like to draw most?

Where did Haring like to do his public artwork?

Can you draw your own character in the Haring style, with bold outline, action lines and bright colours?

How about doing as Haring did and get out your chalk to do some street art to cheer people up as they walk by.  Take inspiration from his dancing characters and have your family lie on the ground in different dancing poses, draw around them and fill them in in bright colours.