In today’s lesson, Múinteoir Clíona told us a story called 'Two Horse’s Ears’ from a book by Mairéad Ní Ghráda.  Read the story again and answer the questions that follow, using your own thoughts and ideas.  There are no definite answers.

Once upon a time in Ireland, there was a king. Labhraidh Loingseach was his name. He had two horses' ears.  At the time, all men had long hair and so no one knew that the king had horses’ ears.  The king had his hair cut once a year. He would then send the barber who cut his hair to his death. Everyone knew that the barber would be killed and so they were all terrified of being called to cut his hair. They had to draw lots every year to see who would cut his hair.

One year, the name that was drawn was that of a nearby widow's son.

The widow was devastated when she heard the news. She threw herself on her knees in the presence of the king and she begged him not to kill her only son. The king took pity on her.  "I won’t sentence your son to death" he said, "as long as he keeps what he sees a secret".  The son came and cut the king’s hair. He saw the horses’ ears but pretended not to.

The boy couldn’t stop thinking about the king’s ears. The weight of the secret was so great, that the boy was stricken down with a grave illness and was on death’s door. The druid came to see him. The druid knew that a secret was weighing on his mind.  "Arise" he said to the boy," and go down the road until you see a crossroads. Turn right and the first tree you see, tell it your secret". 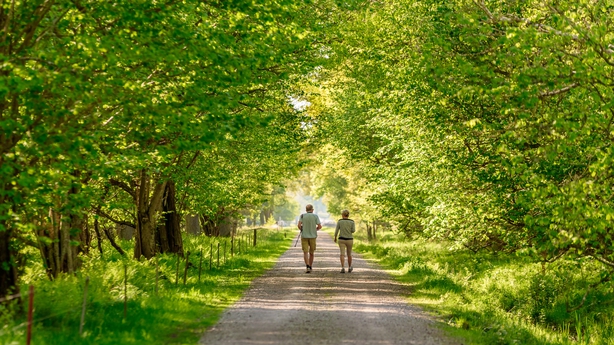 The boy did as the druid told him.  He went down the road until he came to a crossroads. He turned right and saw the tree growing on the side of the road. It was a willow tree. They boy put his hand on the tree.  "Labhraidh Loingseach has two horses’ ears", he said to the tree.

With that, the weight was lifted from his mind and he felt as healthy as he ever did.  Some time after that, the king's harpist broke his harp. He went searching for wood to make a new harp. He knocked down the willow tree the boy had shared his secret with. He made a harp out of the tree.

That night, the king was holding a great feast. All the noblemen and noblewomen were present. The king told the harpist to play them all a song on his new harp.

The king was overcome with shame and hung his head low and never tried to hide his ears ever again!

QUICK QUIZ:  HAVE A THINK!

1) How do you think the king ended up with horse's ears to begin with?

2) Why was the king so ashamed of his ears that he killed anyone who saw them?

4) Have you ever had to hide a secret, and how did that make you feel?

5) Why was the king filled with shame?

Mythical Make and Do: Irish Harp

Step 1:  Like a violin, the elastic band harp needs a bridge. For this you need a sheet of strong cardboard.  If it's a shoebox, cut the lid off it and use this for the bridge part. 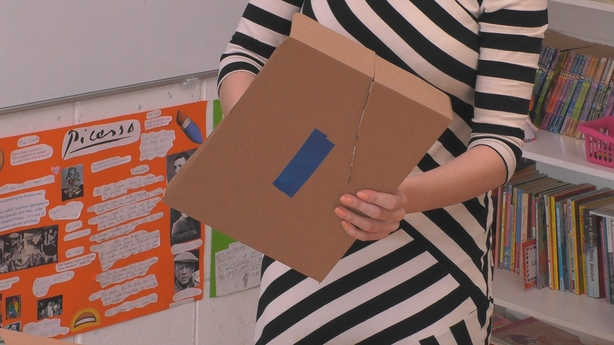 Step 2:  About one inch from the short side of the box lid, use a ruler and the back of a knife to score the length of it and fold it over so you have a flap.  Do the same on the other end of the lid so you’ve a flap at each end.  These will be glued to the sides of the box later. 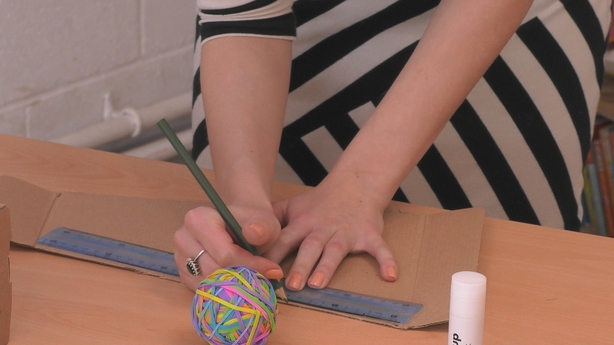 Step 3:  The bridge will need to be at an angle, to allow different sounds to be made, so flatten out the flaps for a moment and draw a diagonal line from near the middle of one end, towards the other end.  Our line started around 5 inches in at the top and then went diagonally to a spot around 2 inches higher than the edge of the box will be.  Cut the diagonal line and you will end up with a flap that looks like a sloping hill. 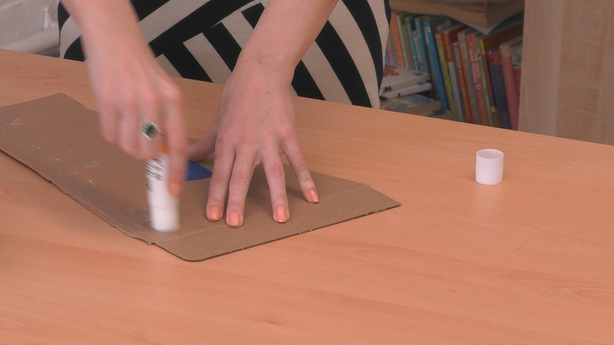 Step 4:  Measure along the angled edge of the bridge and mark out small V shapes that will hold the elastic bands when they’re stretched across.  The number of Vs will depend on the width of your bridge and how many elastic bands you have.  Keep them at least 2cm apart anyway.  Cut the Vs out. 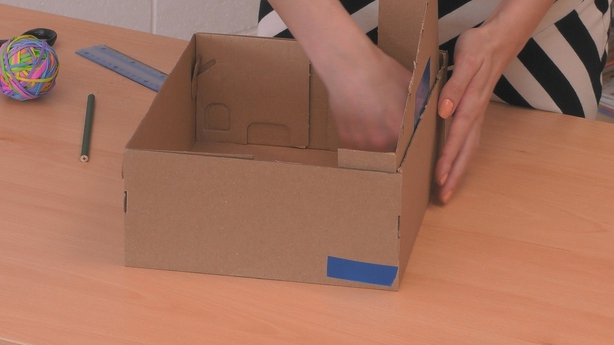 Step 5:  Glue the flaps and glue along the straight bottom of the bridge (not the sloped side), then stick them onto the long side of the box, with the slope side of the bridge facing up, as shown in the images.  Hold in pace to make sure they’re stuck. 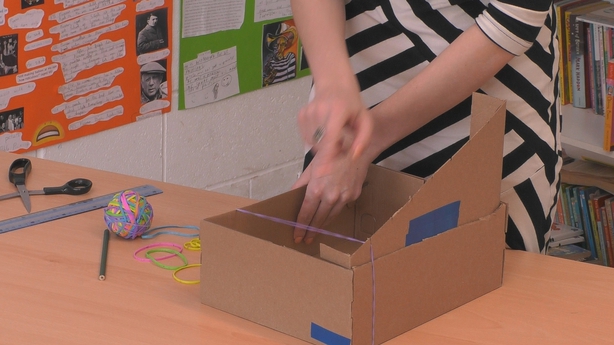 Step 6:  Stretch an elastic band around the box and secure it in a V notch.  Repeat with the bands until all the Vs have a band.  They need to be quite taut to get a good sound.  You may need to adjust the bands at the back of the bridge to get the notes as you want them to sound.  Enjoy the music! 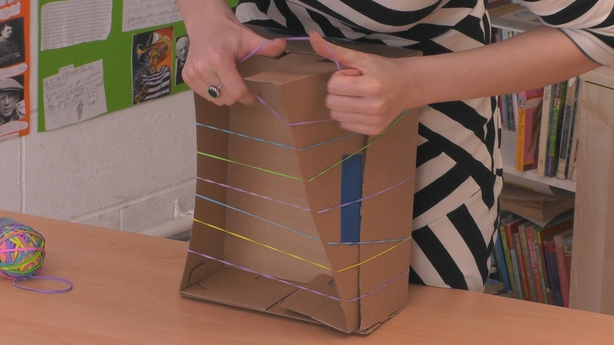 Read the below statements about the harp and see if you can tell whether they're true or false.  Answers are at the bottom of the sheet.