Ever wanted to jump higher, run faster and score more goals? Science has the answer!

Mark Langtry, theoretical physicist and former professional footballer, explores the science behind the beautiful game and shows how an understanding of science can help improve your sporting performances.

Be amazed with tricks, flicks and kicks, and the ever beautiful laws of physics. Each movement by a player and each interaction with the ball involves physics and other scientific disciplines.

The more you learn about the world, the better you can perform in it, whether you want to be a footballer, a dancer, a gardener or a cook. Whatever your dream is, science can help you achieve it. So, let's learn more about our world, and the laws that describe it, the laws of physics.

To improve your performances, you need to move, and physicists study motion. In football, everything moves (except Paul Pogba), the ball moves, players move, air moves, we can even be emotionally moved. Football is all about emotion and motion.

Forces are needed to provide motion. Forces are pushes and pulls that cause something to move or change direction. The laws of motion can describe how a player moves on the pitch, how the ball moves through the air and they can even describe how planets move.

When the ball is placed in the centre circle at the start of a game, or when Ronaldo places a ball for a freekick, the ball will not move until he gives it a force. Only then will it swerve into the top corner.

There are lots of types of forces involved in football. Friction, gravity, lift, drag. Football is an endless scientific panorama. 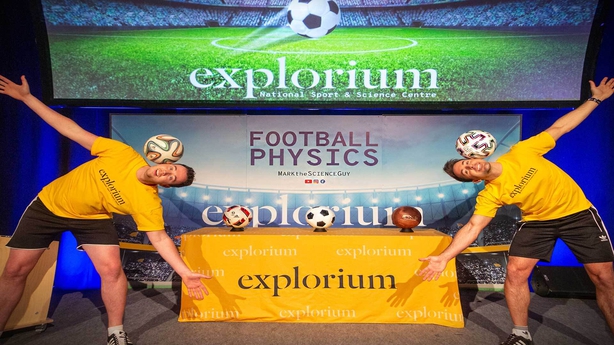 Energy is the ability to do work and it can come in many different forms, heat, light, sound and many others. Two forms are of great interest to footballers, the energy of motion (Kinetic Energy) and the energy of position (Potential Energy).

Energy cannot be created or destroyed, it can only be changed from one form to another. Transferring energy is how you can get things to change on the pitch. You can transfer your energy to the ball to get it to move, or you could transfer energy from the ball to you to get it to stop or slow down. 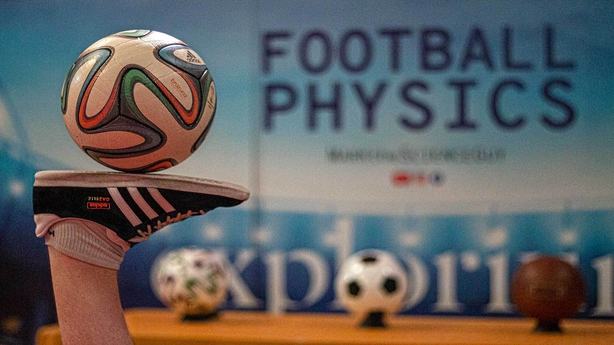 Footballs are not completely round and smooth. They have stitches and grooves that make them a little rough. This roughness helps the ball fly better through the air, just like the dimples on a golf ball.

When the ball flies through the air, some of the air actually sticks to the ball and forms a very small layer of air on the surface of the ball. This is called the boundary layer, and it allows footballers to do some amazing things with a football. 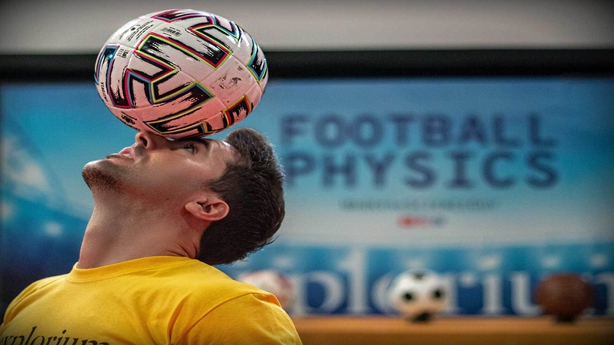 When a ball is spinning as it flies through the air, it feels a force that causes its flight path to curve. This is called the Magnus Effect, after German scientist, Gustav Magnus, who described the force while investigating cannon balls on the battlefield.

Footballers kick the ball with spin, to make it curl around players and goalkeepers to score awesome goals.

Check out the Magnus Effect in action here:

Have you ever seen Ronaldo's free kick, and seen the ball swerving from left to right and wondered what's happening? Well, so have goalkeepers! It's called the Knuckleball, and we have physics to thank.

Footballers realised that if you kick a ball with no spin, or very little spin, it experiences unbalanced forces that cause it to swerve unpredictably though the air. It can change direction multiple times on its way to the goal, making it almost impossible for goalkeepers to save. 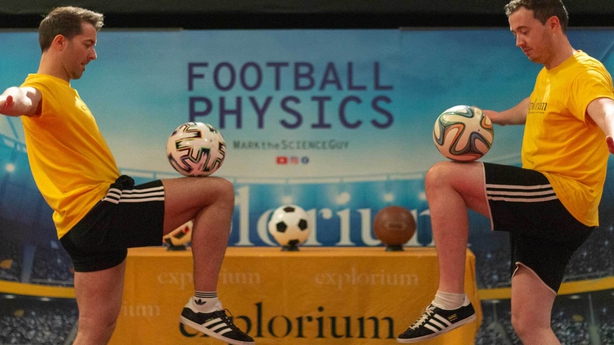 Train your brain to win the game!

Science and Technology are changing sports around the world and helping athletes improve their performances and gain the competitive edge. It is revolutionising training and sports equipment design. Scientists and engineers study all aspects of performance very closely to see how athletes can improve.

Technology such as data trackers worn by athletes can monitor their every move, looking for that extra bit of information they can give to trainers and athletes to help them become the best they can be. Use science, or get left behind. Train your brain, to win the game.

WANT TO SEE IF MARK HAS WHAT IT TAKES TO BREAK THE WORLD RECORD FOR THE FASTEST KICK ON THE PLANET?

Check it out here:

Mark the Science guy is a physicist, footballer and presenter of RTE's science show 'Let's Find Out'. You can see more of Mark on RTEjr, Instagram and YouTube at @Mark_theScienceGuy