1) Who does the term 'indigenous peoples' refer to?

(a) The first people to live in a place.

(b) A group of people that are highly intelligent

(c) Explorers who settled in other countries.

(d) People who dig large holes to live in.

2) Can you name one of the Native American tribes Múinteoir John mentioned?

3) Which explorer is said to have discovered America in 1492?

4) Can you name one of the negative effects the explorers had on America's indigenous peoples? 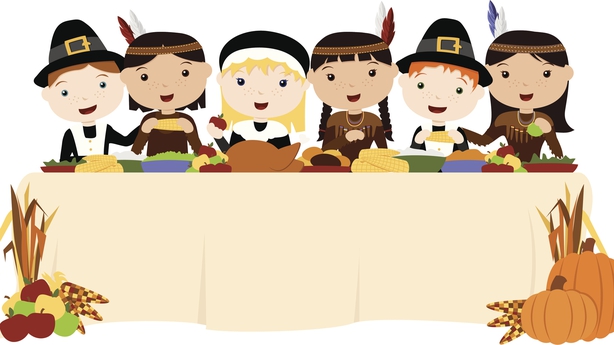 The Ojibwe, an indigenous people who live in the United States and Canada, originally created dreamcatchers. In Ojibwe culture, spiders are viewed as protectors. As their legend goes there was a spider woman who protected children while they slept by spinning a web above their heads. This web would catch bad dreams and not let them enter the heads of the children asleep below.

As the Ojibwe people spread out across the country, they believed the spider woman could not reach every child, so they began to make dreamcatchers instead.  So, let's do as the Ojibwe do and make a dreamcatcher to catch any of your bad dreams, and make sure you only have good ones.

How to Make a Dreamcatcher

Paper plate, scissors, ribbon / string / wool, glue, beads, feathers, a pencil, sticky tape, anything else you have to decorate it.

- Cut out the middle part of the plate. 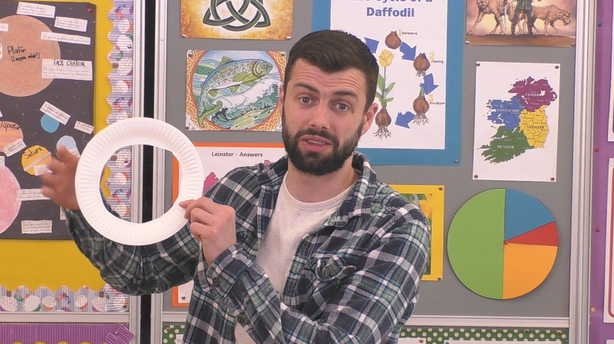 - Paint, colour, or wrap the ring in coloured wool like Múinteoir John. 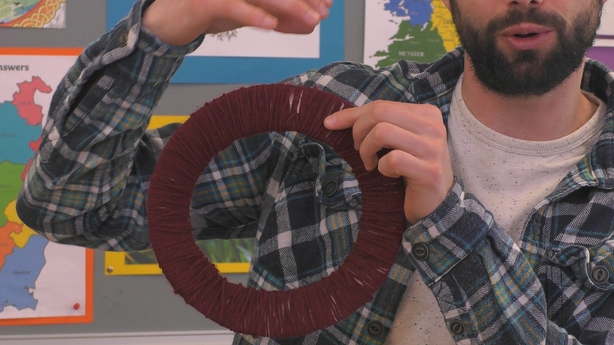 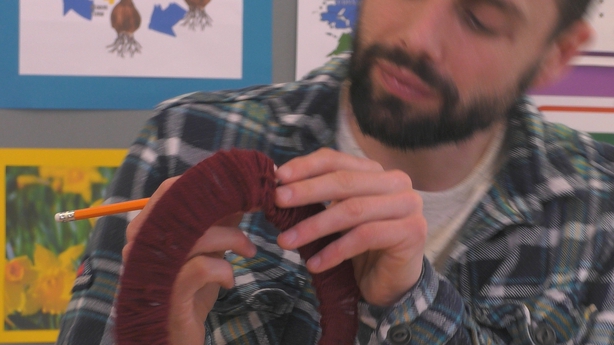 - Cut a long length of ribbon and thread an end of it through the plate and tie off or tape to the back to secure it.

- Thread the ribbon over and back across the ring until every hole is filled.  If you have beads add them to the ribbon every so often. 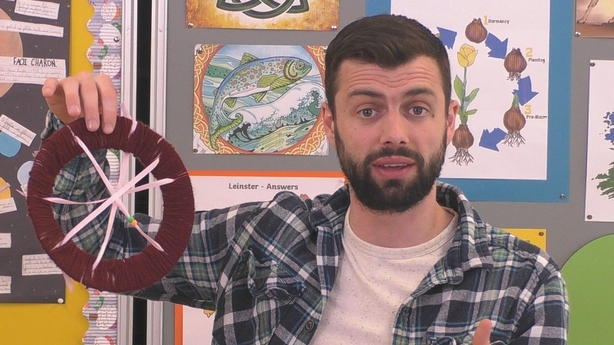 - Cut three pieces of ribbon or wool, one piece longer than the others, and tie them onto the 3 holes on the bottom of the dreamcatcher.

- Add beads to the wool and tie the ends so the beads don't fall off.

- Put glue inside the end bead and stick in the end of the feather. 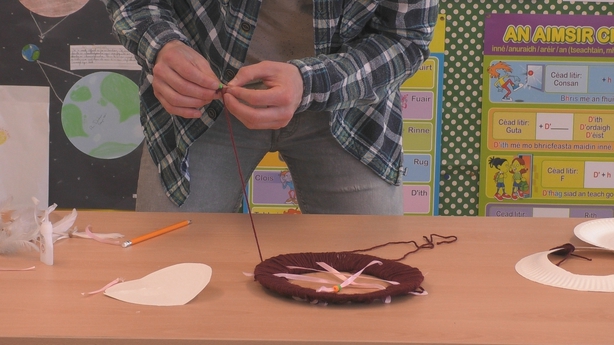 - Add any decorations you have e.g glitter, stickers, pop poms etc.  If you didn't cover the ring in wool you could write some sleepy words around the edges e.g. Sweet dreams, Zzzz, Sleepy, doze, siesta, slumber.

- Add a loop of ribbon or wool to the top of your dream catcher so you can hang it up. 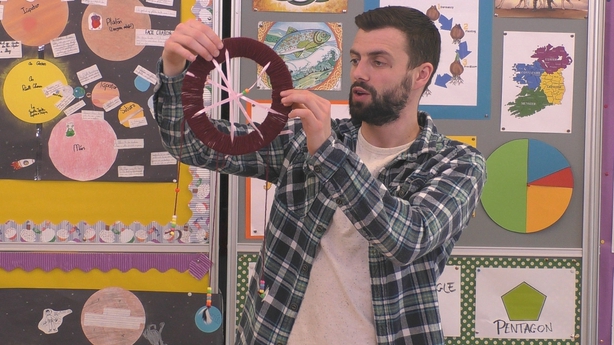 …and as soon as you wake up, why not write your dreams down in a Dream Diary.  It could be interesting to read back on them in the future.  Dreams can give you inspiration for writing weird and wonderful stories.   Keep a pen and notebook beside your bed because we tend to forget a lot of the details of our dreams after we get up.

Let us know any funny dreams you've had lately. 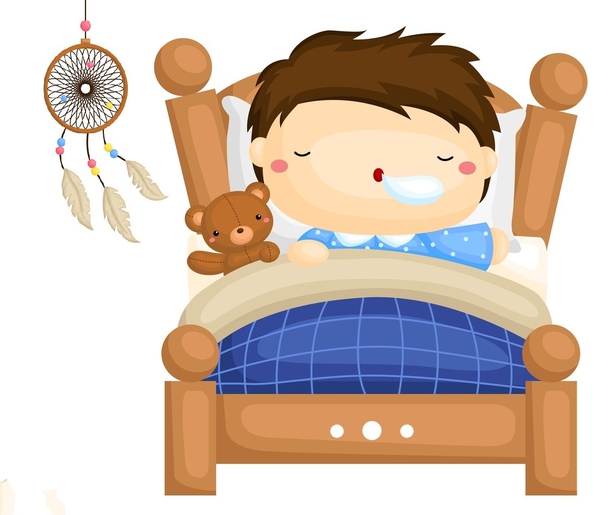 Why did the boy put a sweet under his pillow?

- So he would have sweet dreams.

What do you call a sleepy woodcutter?

Where does a secret spy sleep?

What does a scuba diver wear to bed?