A volcano is an opening in the Earth's surface that allows magma, ash and gasses to erupt from below the surface.

There are 3 types of volcanoes –

Extinct - No activity in human history and unlikely to erupt again.

Dormant – Erupted long ago but is quiet now. 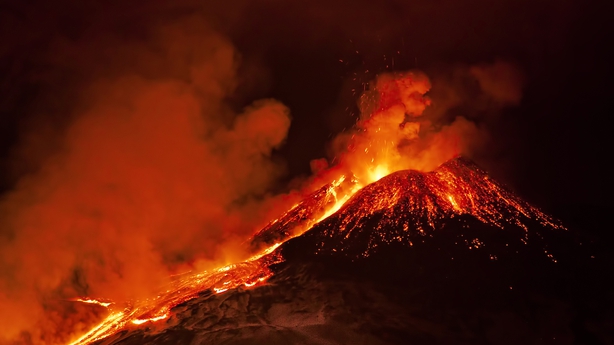 There are no active volcanos in Ireland, but we do have some extinct ones that were last active over 60million years ago.  Maybe you live near one of them - Slieve Gullion in County Armagh, Croghan Hill in County Offaly, Mount Slemish in County Antrim, Lambay Island in Dublin and Loch Na Fooey in County Galway.

The Giant's Causeway in County Antrim is a result of volcanic activity. Magma forced its way up through cracks in the rock and as the lava cooled it contracted forming the amazing hexagonal columns. 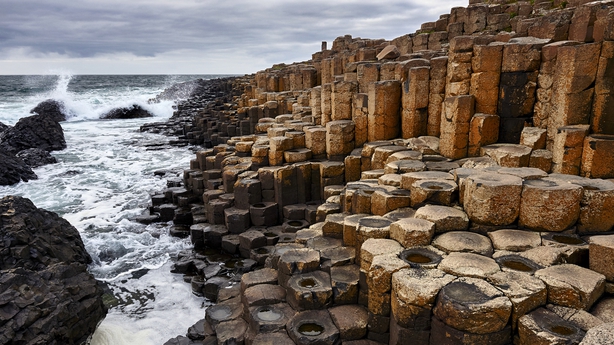 1) Fill your bottle ¼ full with water

2) Carefully pour in the oil until the bottle is about ¾'s full with the liquids. 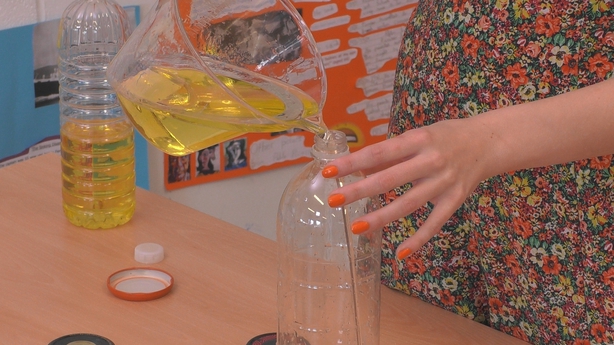 4) Divide the Alka Seltzer into about four pieces. Drop the first piece into the bottle and watch what happens. When the bubbling stops put in another piece of the tablet.

5) To make it look like a real lava lamp you could turn off the lights and shine a torch up through the bottom of the bottle. 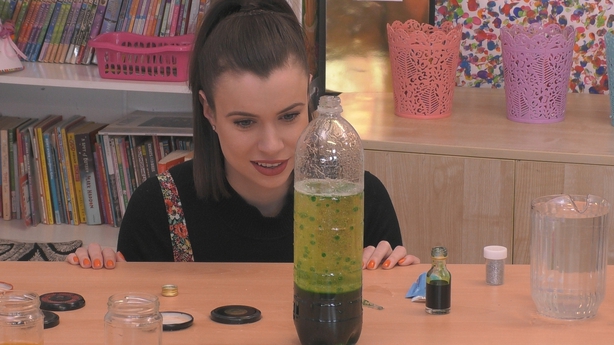 What causes the bubbly reaction?

The tablet reacts with the water to make bubbles of carbon dioxide. These bubbles want to escape, and they attach themselves to the blobs of coloured water and cause them to float to the surface. When the carbon dioxide bubbles pop, the colour blobs have nothing to keep them afloat and they sink back to the bottom of the bottle, and the whole thing starts again until the tablet is used up.

What did you volcano say to the other?