Science is everywhere around us, and we use it every day, and the more we understand science, the better we can do things. Dancing is one of those things. Dancers use the laws of physics to do their awesome moves.

Physics is a part of science that describes the physical world around us. The same laws of physics that can describe  how the planets revolve around the sun, can also describe how we humans move on planet Earth!

Both dancers and physicists use similar methods to learn. They observe, experiment, analyse and practise a lot. For the dancer, the studio is their lab.

Dancers investigate the natural forces in our universe through their movements. Whether it's getting out of bed, brushing your teeth, cycling your bike, or doing a headspin, we are all movement researchers.

Dance is an interaction of natural forces AND the human body. Let's take a look at some of those forces. 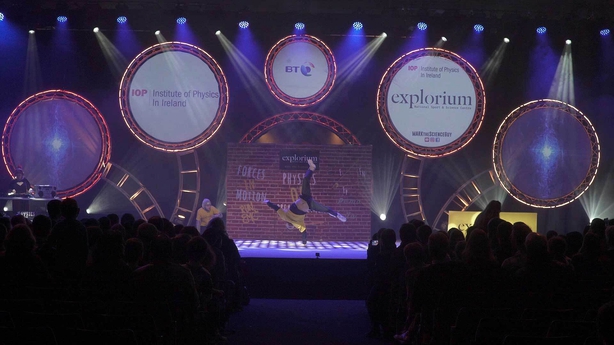 How come we're all stuck to planet Earth and don't just float off into space? Why does a ball fall back down every time you throw it into the air? It's because of a force called gravity.

Gravity is a force of attraction that pulls together all matter (anything that you can physically touch, it could be a ball, and apple, or even the human body). The gravitational pull of an object depends on how much matter it has and how close it is to the other object.

Scientist Isaac Newton described the force of gravity, and as the story goes, was inspired by watching an apple fall from a tree. He wondered what force made the apple fall downward instead of floating away.

Without gravity, everything on Earth, including your favourite toy, and even you, would all float away into space.

Gravity is also the force that keeps the Earth in orbit around the Sun, and it also helps the dancers fall back down to earth after a backflip, so they don't go flying off into space.

Throw a ball into the air, and watch the way it always falls back down to you. Jump into the air as high as you can and strike your favourite pose, don't worry, the force of gravity will always be there to pull you back down again. 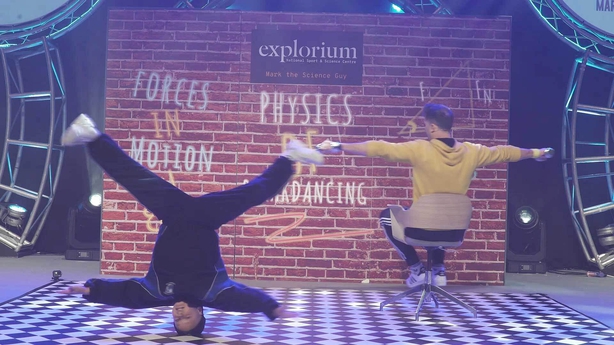 When we move about, our centre of gravity can change, so we adjust our bodies to stay balanced so we don't fall over. Dancers learn how to investigate where their centre of gravity is in some crazy positions, so they can balance in cool ways! Breakdancers call this move a 'freeze' because it looks like they are frozen in time!

Grab a ruler. Place your finger in the centre, so that there is an equal amount of matter on each side. When you find it's centre of gravity, it'll balance on your finger. 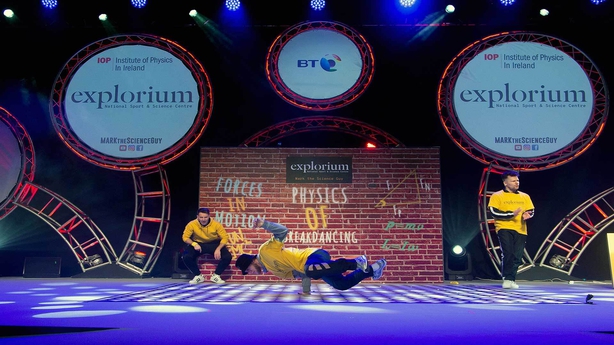 Forces are everywhere and shape how we move. Forces are pushes and pulls, anything that causes something to accelerate. There are three laws of motion, described by our old friend, Isaac Newton over 300 years ago. These laws describe the movement of things and how they interact.

First Law: An object won't move by itself. It will remain not moving, unless a force acts on it to change its acceleration or direction.

Second Law: That force you give an object is described as:

Put on your favourite song and boogie like its lockdown. Just moving around, you are using all three laws of motion! 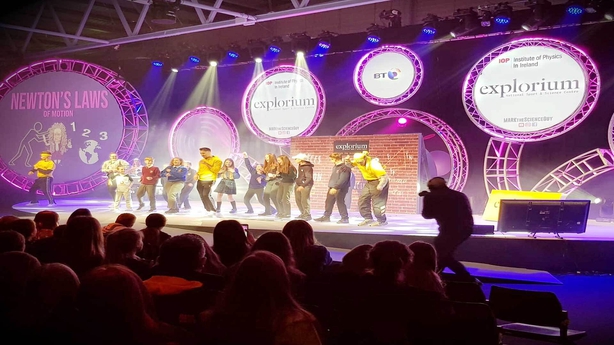 Friction is a force that opposes movement between two surfaces in contact. The force of friction acts in the opposite direction of a moving object.

Here is a short video that illustrates the force of friction:

Do you think a carpet would make a good dance floor? Why not? 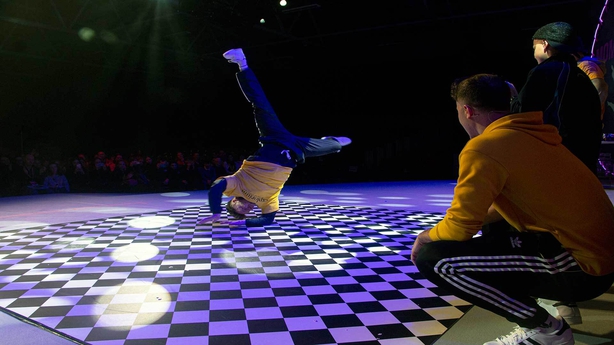 When something is moving, it has momentum. The momentum of an object is described as:

As you can see, objects that are not moving, do not have any momentum. Your body has mass (which means how much stuff is in your body, all the atoms combined) and the faster you move in a particular direction (your velocity), the more momentum you have.

Dancers move a lot, and use momentum all the time, especially when they want to do one of the big power moves, like headspins. Spinning is also very important in dance. When you are spinning, you have what's called Angular Momentum. Try the experiment below to investigate more.

Try this at home: Spin around on one foot like a ballerina with your arms out. How many spins can you do? When you are spinning, really quickly bring your arms in closer to your body. Did you speed up? You have investigated results of the conservation of angular momentum, well done scientist! 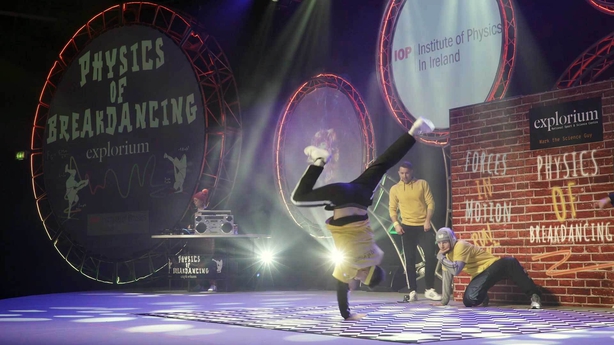 In both science and dance you need to be curious, creative and use your imagination! In your everyday life, understanding and exploring the laws of physics will help you move better, faster, stronger. Explore the interaction between these forces and the human body, and have fun!

Mark the Science guy is a physicist, footballer and presenter of RTE's science show 'Let's Find Out'. You can see more of mark on RTEjr, Instagram and YouTube @Mark_theScienceGuy

Special thanks to the Institute of Physics.