How to make a catapult

1) Your pencil catapult needs a sturdy base. Start by making an L shape with two pencils; put them lead end to rubber end and keep them in place by wrapping the rubber bands around and around the corners until it is sturdy and secure. Add two more pencils in the same way to make a square shape. 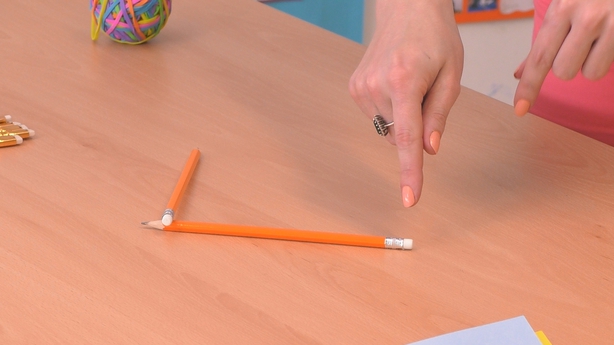 2) You now need to make the sides of the catapult.  On one side of the square attach two standing pencils to each corner to make a triangle. Put a loose elastic band down over one of the pencils before you join the two pencils at the top to form a triangle. 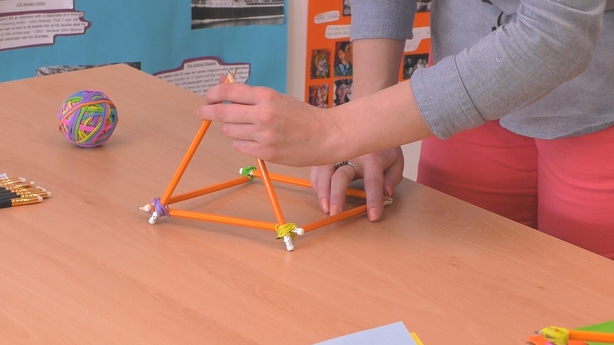 3) Attach two more pencils on the opposite side of the square to make a triangle, but before you seal up the point of the triangle,  stretch the loose rubber band from the other triangle over to this one and then seal the top of second triangle with more rubber bands. 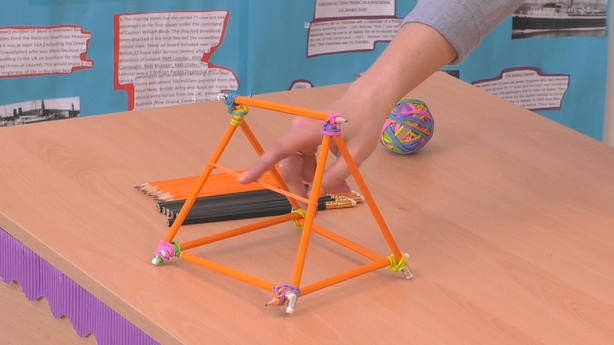 4) Connect the points of the two triangles with a pencil across the top.  Make sure the catapult's elastic band is in the correct position at this stage. 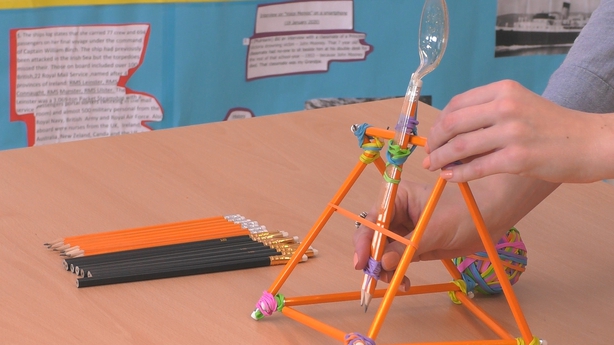 Make some ammunition e.g rolled up bits of paper (nothing very hard), hold it into the spoon, pull it back and FIRE!!!  Have great fun seeing who has the best aim.

What was a knight's job?

In medieval times, it was a knight’s job to protect their lord or king, and they would often have to go into battle to do so.  Knights used weapons such as swords, daggers, longbows and arrows. 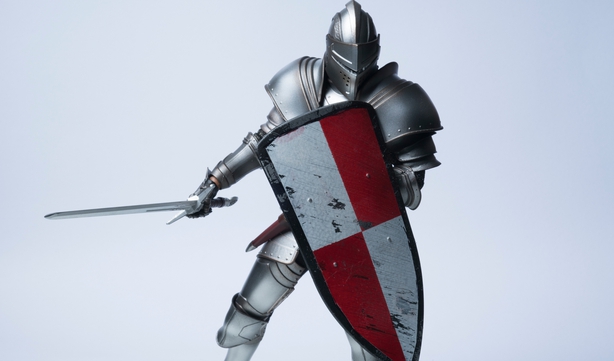 What did they wear?

To make sure they didn't get badly hurt when fighting, a knight would have always worn a suit of armour.  They had a helmet to protect their head and would have also worn a chainmail tunic.  If the armour wasn’t made very well, an arrow or sword could get through a chink in the chainmail and, well, that would have hurt. A lot! 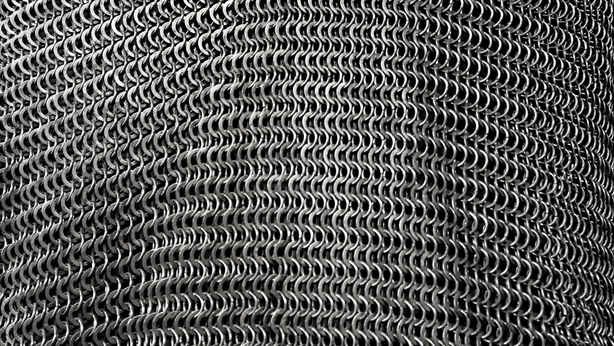 A Knights armour was extremely heavy, about the same as 5 sacks of potatoes, so they would often need their page or squire to help them onto their horse.

The knight was so covered up in the armour that no one would be able to recognise them.  They needed to be identifiable on the battlefield and in tournaments, so they would carry a shield that had their coat of arms on it. 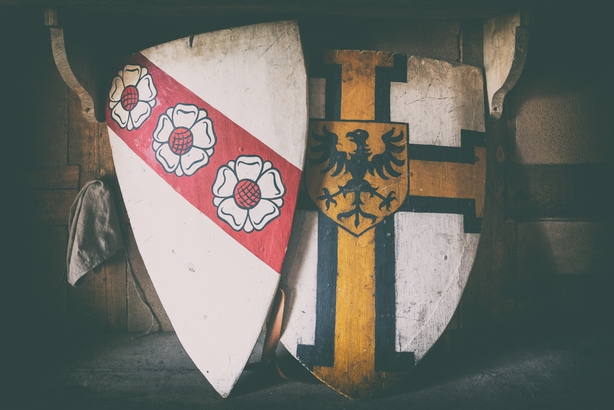 How did a knight get to be a knight?

In order to become a knight, you would have to spend about 14 years training.  Children left their families at the young age of seven to live with a knight and be educated by them.  In the middle ages, knights were usually boys. These little boys, usually from a wealthy household, were called pages.

In the beginning of his training the page had to be the knight's servant - serving his meals, cleaning his clothes and learning good manners.  The page would also start to learn how to fight with wooden weapons, and to ride a horse.

If you were a good page and trained well, at around age 14 you became a squire and began to assist the Knight in other ways e.g. help him put on his armour, clean his weapons, care for his horse and even accompany the knight into battle.  The squire would also get a good education in music, dance, reading, writing and languages.  If you performed well as a squire, at age 21, you were dubbed a knight.

Have your family got a coat of arms?  How about drawing it on to a shield? Or you could make up a brand-new family coat of arms with a new family motto. 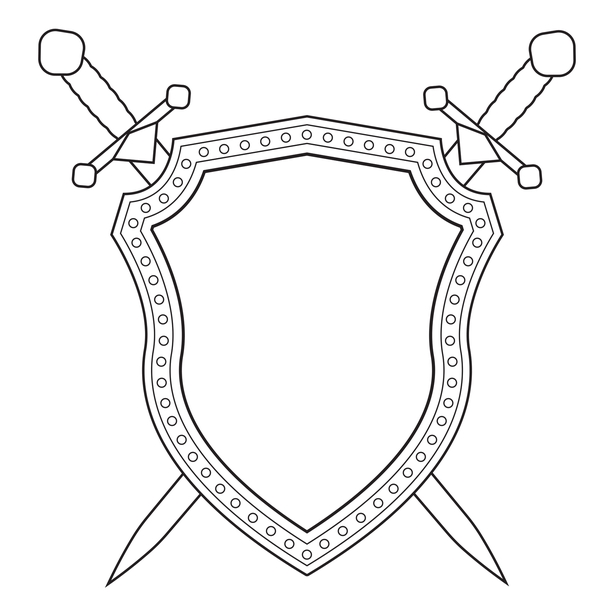 Q: Why were some medieval times called the dark ages?

- Because there were so many knights

Q: What do you call a vampire in a metal suit?

- A bite in shining armour

Q: Which knight always gave up?