November's RTÉjr Book Club is here with thanks to our friends at Children's Books Ireland.

This month Juliette Saumande (@juliettesaumande), a children's book writer and professional bookworm whose latest title, My Little Album of Ireland (illustrated by Tarsila Krüse and published by The O’Brien Press) is out now is our guide.

She asks: When is the last time you picked a poetry book to read with your kids?

If they're under seven, it was probably quite recently. If they're older, perhaps not…

Books for babies, toddlers, preschoolers and young kids are full of nursery rhymes, rhyming stories and even songs. You may not think of it as poetry, but how else would you describe the classic The Gruffalo by Julia Donaldson and Axel Scheffler, the surreal Cat in the Hat by Dr Seuss or the hilarious Oi Frog! by Kes Gray and Jim Field. 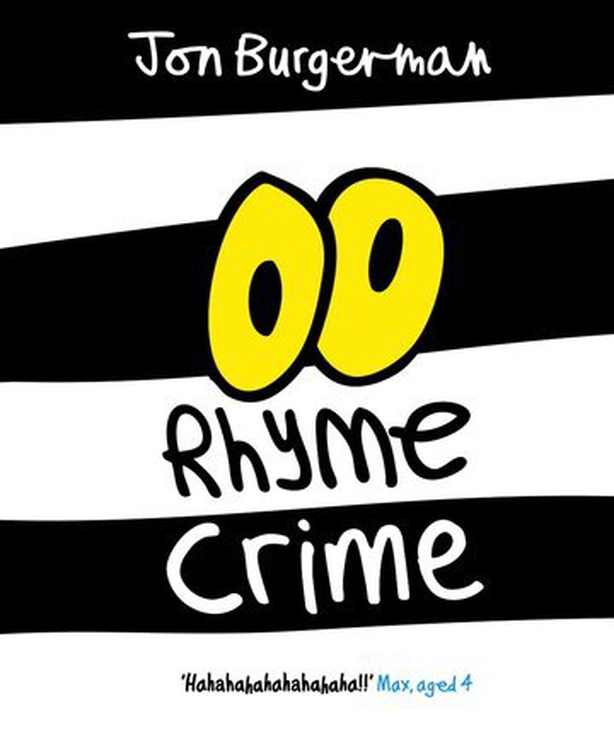 There is something about a rhyming pattern that is very compelling. It helps predict what might happen next and it’s also a memory aid on further reads. Some of the best rhyming books for kids play exactly on this, such as the very funny Rhyme Crime by Jon Burgerman where things go missing, only to be replaced by an unexpected rhyme ('Gumpop’s lovely head/ became a slice of…/’ Can you guess?).

Very young readers will love Pippa Goodhart and Nick Sharratt’s Yawn!, a bedtime read where each page-turn encourages listeners to guess who will inherit a very communicative yawn (ages 0–3).

Rhymes play an important role in developing a child’s attention span and listening skills, which in turn are key pre-literacy skills. They are also a fantastic way of creating a shared culture with your little one, especially if you know some that never feature in books or know some from other languages.

For an Irish take on nursery rhymes, short poems and songs, try Tatyana Feeney and Risteard Mac Liam’s Mo Chuid Amhráin Ghaeilge/My Irish Songs (as Gaeilge, with buttons that let you hear the songs) or explore Sarah Webb and Steve McCarthy’s The One With the Waggly Tail. Older readers (8–12) will love falling headlong into P is for Poetry, a compilation of contemporary pieces from Irish poets talking about everything from pancake making and witches to texting.

Another superpower of poetry is its concision. This works a treat for newly independent readers and, later, for anyone who finds reading a big effort, for whatever reason. There are lots of fun, light, rhyming short novels that children aged 5–8 will enjoy both listening to and working their own way through, such as Matt Haig’s The Truth Pixie or the Squishy McFluff The Invisible Cat series by Pip Jones and Ella Okstad.

Try older readers with verse novels. Some will be rhyming, some won’t, but all will provide a direct line to a character’s thoughts and emotions, while delivering a cracking story that doesn’t have time or space for overlong descriptions.

Books such as In the Key of Code by Aimee Lucido (10+) or The Crossover by Kwame Alexander (also in a graphic novel version, illustrated by Dawud Anyabwile, 11+) give readers lots of space to breathe and plenty of food for thought. 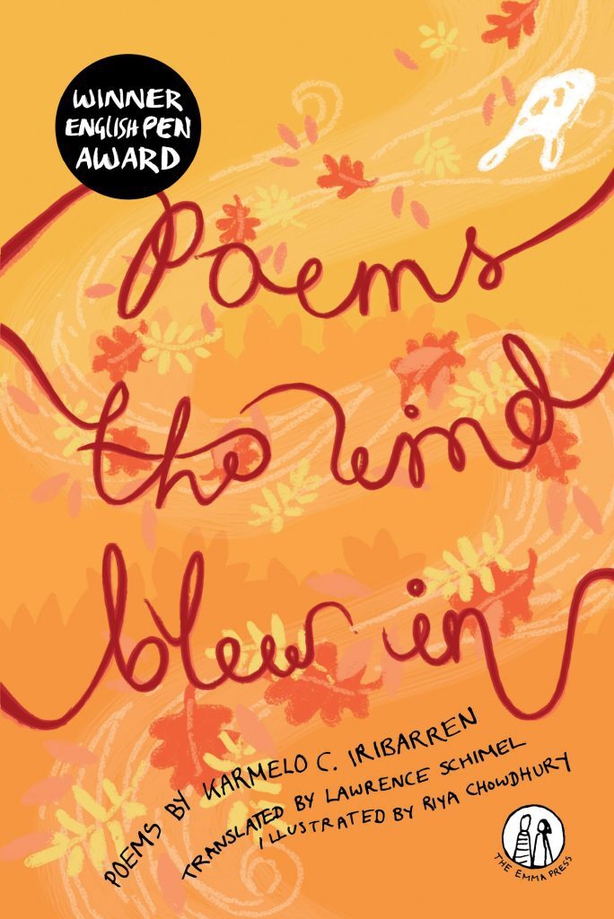 Finally, why not write your own? Tweak existing songs to include family, friends, or pets; play around with rhymes or, for older children, launch into poem writing and even performing!

Some great places to start are Joseph Coelho’s Poems Aloud (illustrated by Daniel Gray-Barnett) or Karmelo C Iribarren’s Poems the Wind Blew In (with fun ideas for writing your own poems at the end).

See where the poetic winds will take you and your young readers!

There's a thief on the loose! But not just any kind of thief: a rhyme thief! The culprit’s crime: stealing unsuspecting words and replacing them with a rhyme. Poor Hammy is now wearing a cat instead of a hat; Gumpop’s head has turned into a slice of bread…

Rhyme Crime is a slightly surreal, but really funny, romp that will have young listeners trying to guess what the next crime might be and falling about laughing when they actually see it in action. The illustrations are weird and wonderful, with bright colours and blocky shapes that are also likely to inspire budding artists. (Ages 2–5) 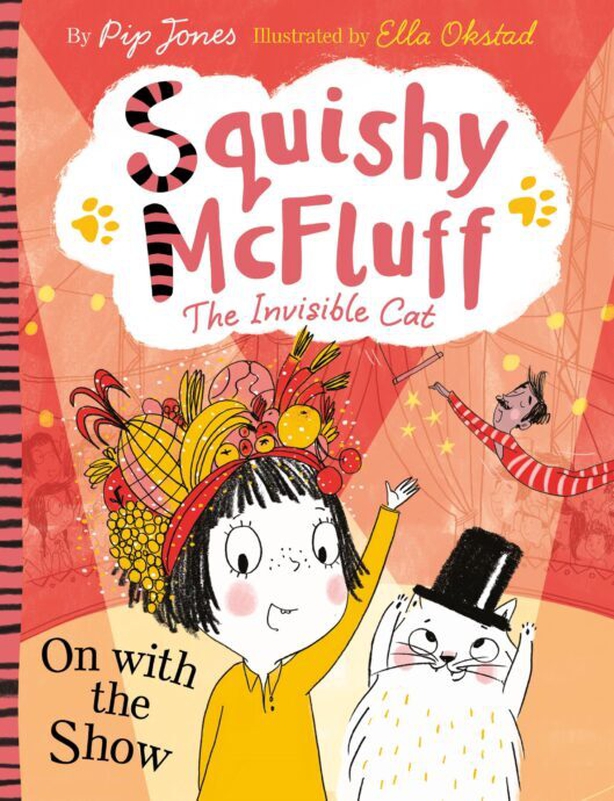 The seventh book in the series (although the order doesn’t really matter here) sees the return of Squishy McFluff, Ava’s best friend and invisible cat. This time, they’re off to the circus and not just as spectators. When one of the acts doesn’t show up, it’s up to them to walk into the limelight.

Fast and fun, Squishy’s adventures are full of gentle mischief relayed in energetic rhyme. The illustrations have pride of place on each page and help carry the story along. A brilliant way to start stretching a kid’s listening or reading stamina, and to share a giggle together. (Ages 5–8)

This collection of short, accessible poems is absolutely wonderful. It’s all about the small things, everyday objects that are often overlooked but can have so much to say, such as the plastic bag who dreams of becoming a cloud, the streetlight that’s so sick of the attentions of every passing dog…

It is also about the big feelings and the big questions that everyone, no matter their age, has at some point in their lives. Playful and thoughtful, these poems are a breath of fresh air and an invitation to take break, look around and listen. The ideas for writing your own poems at the back of the book are also brilliant. (Ages 8–12) 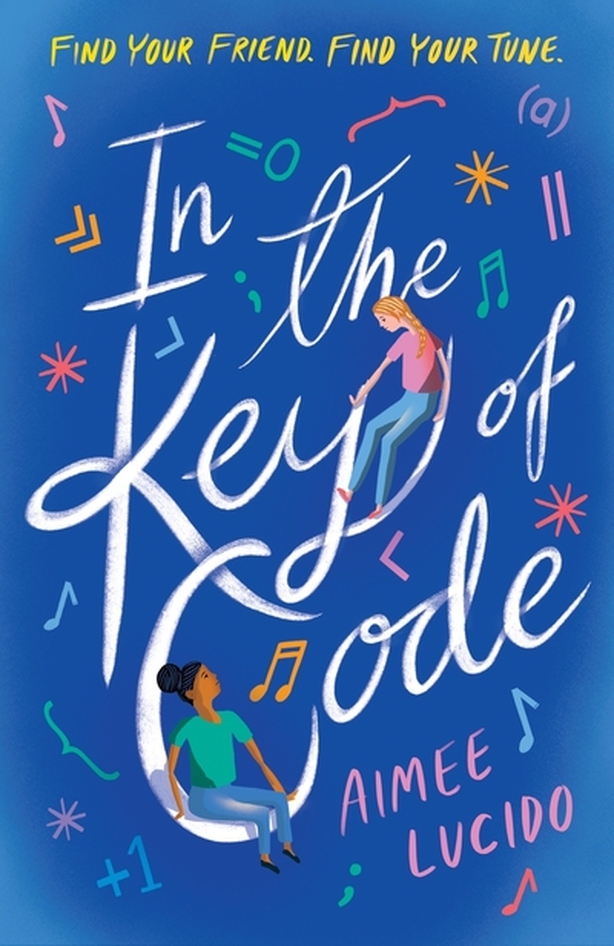 Emmy finds it hard to fit in at her new school. She also finds it hard to be the daughter of two talented musicians whose skills are way above hers. But when she ends up in a computer science club in school, she begins to find a language she can speak and friends she can talk to.

This is a wonderful verse novel about family, friendship, music and coding, full of memorable characters, the excitement of discovering your element and the occasional line of Java script! Highly recommended. (Ages 10+)