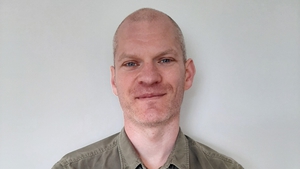 Not all of the people or places on the island of Ireland participated uniformly in the War of Independence. John O'Callaghan explains how the war played out across the country - and beyond.

The War of Independence, fought by the republican movement against British rule in Ireland from early 1919 to the truce of July 1921, took many forms. It combined military, political and administrative dynamics, among others.

And it was fought on the international stage as well as on the home front. The geography of the military and political campaigns, the two central forces of the war, was often contrasting. The relationship between Sinn Féin activism and IRA operations was not that close. Whereas Sinn Féin was strongest in north Connacht and the midlands, Munster was the bastion of the IRA.

Not all of the people or places on the island participated uniformly in the war. Levels of support and opposition varied. There is no simple or single explanation for the inconsistent geography of IRA violence. The fighting was not widespread or continuous, but it was sufficient to impact heavily on Irish, British and international public opinion.

While the IRA employed guerrilla tactics to compensate for the disadvantages it faced in numbers, armaments, and technology, it adopted British army command structures: companies organised by townland or parish; battalions organised around a handful of adjacent companies; and adjacent battalions were grouped into brigades, which were not necessarily limited by county borders. Still, revolutionary vigour occasionally diverged even within battalions.

Dublin city and Munster were the war’s most intense and strategically significant theatres. Munster was the frontline of what IRA General Headquarters termed the 'War Zone’. Political violence killed over 2,000 people in Ireland between January 1917 and December 1921.

Munster accounted for more than half of that number. There were around 500 deaths in Cork, over 150 in Tipperary, well over 100 in both Kerry and Limerick and nearly another 100 in Clare. Over 300 people were killed in Dublin and over 200 in Antrim – the majority in brutal bouts of sectarianism in Belfast.

In Ulster, where partition was the defining feature of the period, the IRA was a peripheral body outside of strongholds in Belfast and south Armagh. The majority Protestant population was actively hostile and republicanism did not garner the same level of support among Catholics as it did elsewhere.

Counties Dublin, Meath and Wicklow were largely passive. Longford was the only part of the midlands that saw extensive guerrilla activity. In Britain, IRA companies in Birmingham, Edinburgh, Glasgow, Liverpool, London, Manchester and Tyneside concentrated on agricultural, industrial and infrastructural sabotage.

Violence begot violence and, in some instances, the war descended into self-perpetuating local cycles of killing. Revenge and reprisal, rather than wider strategy, sometimes dictated patterns in individual regions. Thus, isolated accounts of the geography of violence can be unrepresentative of the bigger picture.

‘the very map boundaries in many places seemed to make a distinction.’ In one spot he might find an impressive unit, yet ‘six miles away across the barony the people were cowed; the men had no initiative. They were irresolute. The captain of the company sometimes made the difference, sometimes the men themselves, but in parts it was the nature of the land …’

In the context of its uneven geography, the war can be understood as a collection of regional uprisings. The human characteristics and topography highlighted by O’Malley were a focus for contemporaries and have also preoccupied historians.

General Headquarters criticised slackers in quiet areas. Complaints from underperforming local commanders centred on obstacles to action portrayed as outside of their control. A shortage of weapons was the most frequently cited problem and was often blamed on General Headquarters’ supply chain. Local organisation and initiative, rather than guns, were the deciding factors in inspiring action.

The IRA units that saw most action were those that created opportunities to fight, and attacks on Crown forces were the best source of weapons. The busiest fighting units were also the most heavily involved in operations that did not require guns, such as road blocking. Some brigades had guns that lay idle. The Carlow flying column, well-stocked with rifles, had not staged any ambush before it was decimated in April 1921.

Terrain unaccommodating to guerrillas was the second most common justification offered for a failure to take the war to the enemy. Theoretically at least, hilly, rugged territory should have been more conducive than flat, open country to guerrilla warfare featuring hit and run tactics and fighters travelling on foot. It should provide cover for operations and make retreating men harder to pursue and locate.

Theory did not always translate into practice, however. Mountainous Donegal, Galway and Mayo were not particularly violent. Violent Longford was not mountainous. The East Limerick Brigade flying column, one of the most effective of the war, operated in land criss-crossed by a relatively well-developed road network that seemed ideally suited to a highly mobile, mechanised military.

In the spring and summer of 1920, when agrarian agitation in parts of Munster and Connacht threatened to take precedence over the national struggle, Sinn Féin made it very clear that its priority was political revolution and that social change came a distant second.

Party membership was high in rural areas marked by poverty and emigration. In communities that developed close links with America through sustained emigration, local conservatism and traditionalism sat comfortably beside Sinn Féin’s internationalism, with its focus on the US.

Whereas roughly 6% of Catholics in Sligo and 7% in Leitrim joined Sinn Féin, the corresponding figure for Dublin was only 1%. In broad cultural and economic terms, strong farmers inside the Pale felt much more part of the Empire than did farm labourers in the west. Some westerners probably felt closer to Boston and New York than Dublin, and certainly London.

Active militant republicanism was the preserve of relatively few, however: about 450 men did most of the fighting in Cork, 150 in Limerick and 100 in Tipperary. The formation of such an elite is probably less influenced by socio-economic factors than by local and personal forces.

Strong-willed individual leadership was especially significant, and the irregular pattern of the war can be at least partly explained by the fact that IRA officers were sometimes elected on the basis of local popularity rather than military competence.

More than just the boys of the IRA

While the boys of the IRA fired the popular imagination and were celebrated in story and song, their less glamorous counterparts in other wings of the campaign for independence also contributed handsomely. The perception of certain areas as having been inactive is often based on purely military matters and does not make adequate provision for other forms of protest and struggle.

An absence of violence should not be confused with an absence of resistance. The creation of a republican justice system as an alternative to the Crown courts was one of the most innovative developments of the war. This was another regionally, rather than centrally, driven project.

Anyone who looked to the Sinn Féin courts to settle a legal wrangle lent authenticity to the Republic, and removed an essential function from British jurisdiction, grievously undermined British rule and assisted the Dáil in becoming the de facto government. By summer 1920, republican courts were functioning in every county except Antrim. Outside of East Ulster and Dublin the British system was largely defunct.

International circumstances loomed large in Sinn Féin’s thinking throughout the war and republican efforts to internationalise the Irish question enjoyed considerable success. In parallel to the military confrontation between the IRA and Crown forces, a war of words raged for the hearts and minds of international audiences.

The Dáil sent diplomats abroad, while its propagandists courted newspaper correspondents from the US and France, as well as Britain. These reporters had a more strained relationship with the Dublin Castle Publicity Bureau and were less trusting of its ‘official’ news than that issued in the Dáil’s Irish Bulletin, which was designed specifically to cultivate overseas opinion.

Advances in communications saw photographs and newsreel of Crown atrocities in Ireland rapidly circulate the globe. Lord Mayor of Cork Terence MacSwiney’s hunger strike was a huge story and his picture appeared on front pages worldwide upon his death in October 1920.

Newspapers were the key source of information for people and such negative press coverage was a crucial factor in cornering the British government. Éamon de Valera’s tour of American cities raised $5 million in 1920 and though the US never endorsed Irish independence, the British government was conscious of American sentiment. Republicans arguably achieved more success internationally than at home given the strength of British military resources.

The almost island-wide democratic coup inherent in the creation of the alternative republican justice system was a powerful demonstration of the Irish capacity for self-government and the legitimacy of the claim to self-determination.

Republicans were extremely efficient in making sure those credentials were recognised outside of Ireland. Concern in London about public opinion in America, at home and in the Dominions of the Empire, constrained Britain’s military response to the war in Ireland and, unbalanced as its campaign was geographically, the IRA managed to fight the Crown forces to a stalemate. The result was the truce and eventually a treaty.

Dr John O'Callaghan is a Lecturer in the School of Education, St Angela’s College, Sligo