When Dublin Castle declared Dáil Eireann an 'illegal assembly', how did the first T.D.s carry out their duties? With subterfuge and some theatrical flair...

Dublin Castle declared Dáil Eireann an 'illegal assembly' on 11 September 1919. The survival and continuity of the revolutionary Dáil owed much to the ability of its few permanent civil servants such as Diarmuid O'Hegarty, the secretary to the cabinet and clerk of the Dáil. He was responsible for taking the minutes of the Dáil sittings, organising its secret meetings and facilitating correspondence between the ministers.

After September 1919, the few secret assemblies took place either in Sean O'Mahony's hotel in Gardiner Place, or in private residences like that of wealthy fruit merchant and ex-alderman Walter Cole at 3 Mountjoy Square. The Ministers-on-the run and their staff worked out of a dozen transient offices located close to Dublin city centre.

Seamus Ua Caomhanaigh, Secretary of the Department of Local Government, told the Bureau of Military History that he was greatly amused by 'the disguises adopted by certain people when the going was hard'. Piarais Beaslaí, for example, 'wore a black moustache and spectacles and adopted the antics of a stage conspirator '.

Another thing that struck him as funny 'was the way Sean Clarke, who was a wholesale and retail grocer and purveyor, brought TDs to their meetings in his delivery van.

Republican publicity efforts were also hampered by the proscription of Dáil Eireann in September. At a meeting of the Dáil cabinet on 7 November 1919, Desmond FitzGerald's proposed founding a newspaper to publicise Dáil Eireann's expanding activities and the military efforts to suppress them.

FitzGerald's Department of Propaganda began to produce the Irish Bulletin from November 1919. Widely distributed and aimed particularly at international audiences, the paper emphasised the legitimacy of Dáil Eireann as an expression of the will of the Irish people. 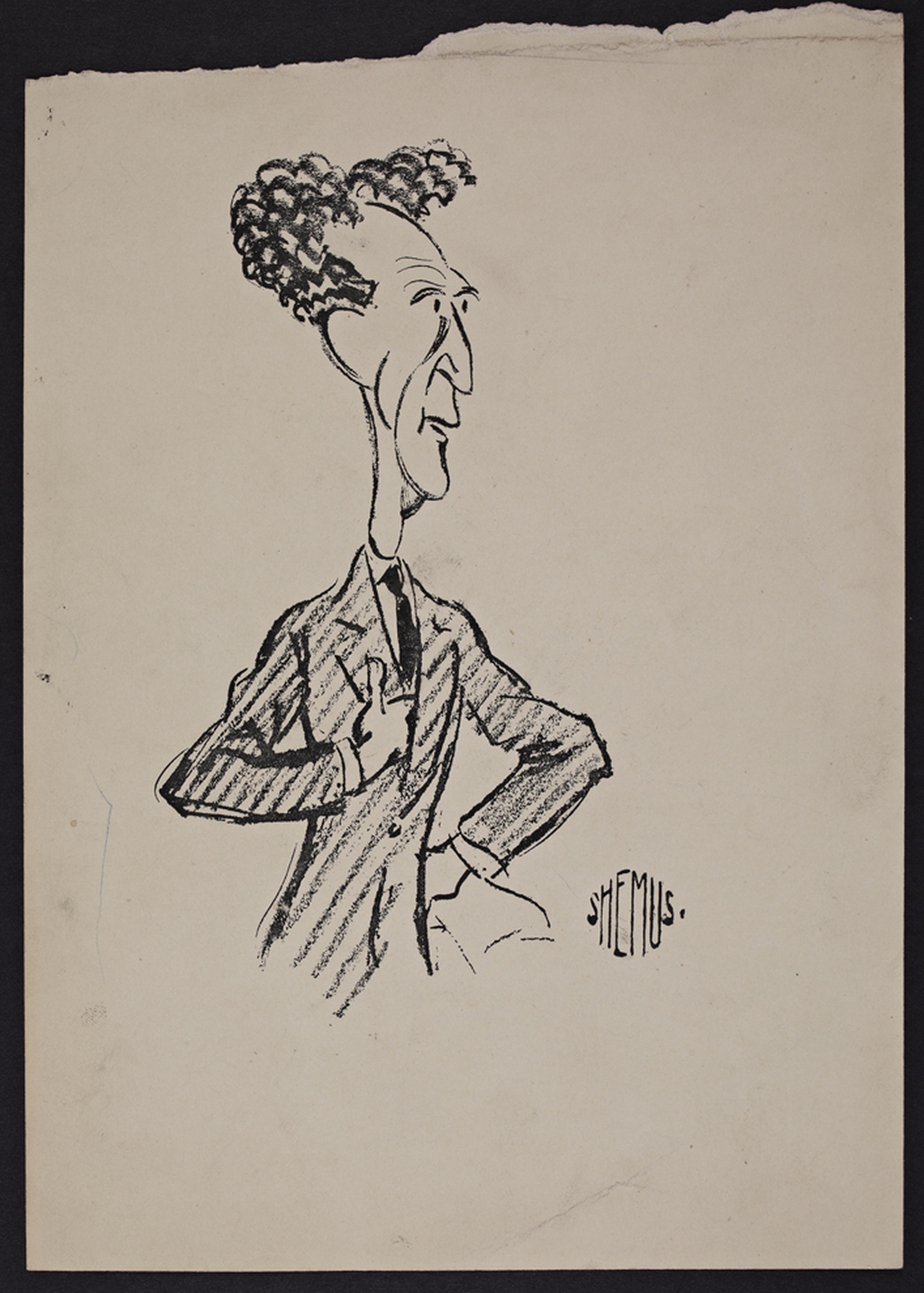 Desmond Fitzgerald's Department of Propaganda spread the news. Image courtesy of the NLI

It also highlighted what it considered the disastrous policies of the British government in Ireland and the national unity of the Irish people in the face of British aggression.

Defined by its factual, statistical and undramatic style, the Irish Bulletin gained an international reputation for reliability and had a decisive effect on British and international public opinion in relation to the Irish conflict.

This map shows the locations in Dublin where the influential weekly Irish Bulletin was produced from its first issue in November 1919 until the Truce in July 1921. The majority of the text was written by Frank Gallagher (later first editor of the Irish Press), while typing and duplication was the main responsibility of Kathleen McKenna, the self-titled 'Dáil girl', who published fascinating accounts of the adventures involved in its production.

Beginning in Sinn Féin headquarters at Harcourt Street on the first anniversary of Armistice Day, 11 November 1919, within weeks the team was on the run, typewriter, duplicating machine and files in hands, to the next of thirteen different production locations across Dublin city and suburbs.

These were mainly the private houses of sympathisers or rented flats. The longest-lasting base was a flat in a house on Molesworth Street, with a firm of crown solicitors downstairs.

This five-month sojourn ended with a police raid in March 1921, followed by a series of bogus Bulletins produced by the authorities using the abandoned typewriter and Gestetner duplicating machine.

An office on the junction of O'Connell and Middle Abbey Streets, known as 'The Dump' because it was used as an arms dump for Michael Collins's 'squad', was the communications centre where McKenna cycled almost daily to collect materials for publication supplied by various Dáil departments and other republican sources. She carried the documents in secret pockets sewn into her underskirt.  (Ian Kenneally) 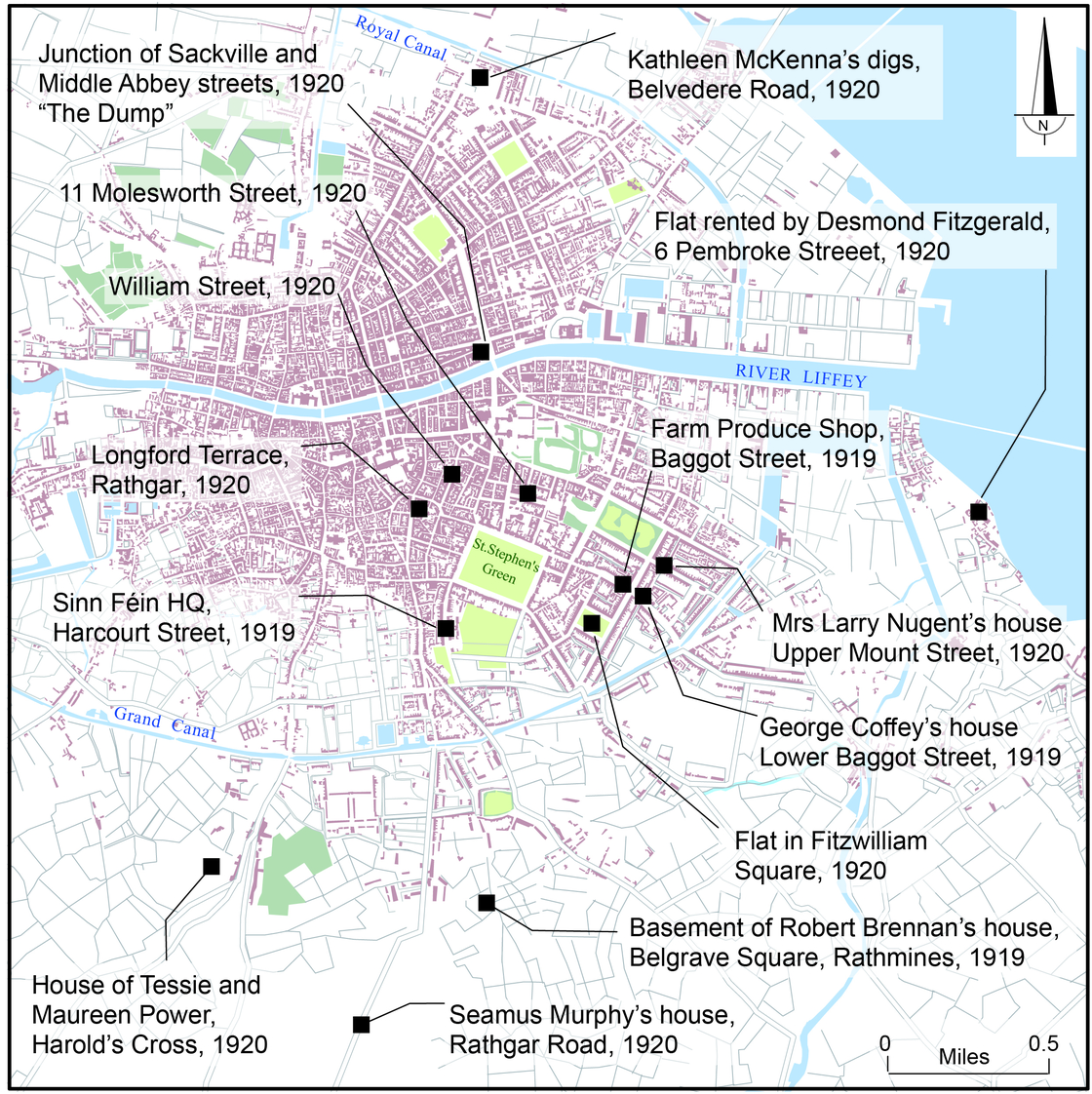 The Dáil Courts, also known as the Sinn Féin Courts or Republican Courts, were seen as one of the most successful elements of Dáil's attempts at alternative administration of the country. First suggested by Arthur Griffith in 1906 as an application of Sinn Fein's principle of peaceful resistance, the republicans began to set up arbitration courts to settle land disputes as early as 1917.

In 1919, the Dáil decreed that the Ministry for Home Affairs be empowered to establish criminal courts. These would be in addition to the arbitration courts already in operation.

The establishment of the Dáil courts coincided with the decline of the RIC as an effective police force as a result of the IRA campaign of intimidation and assault. 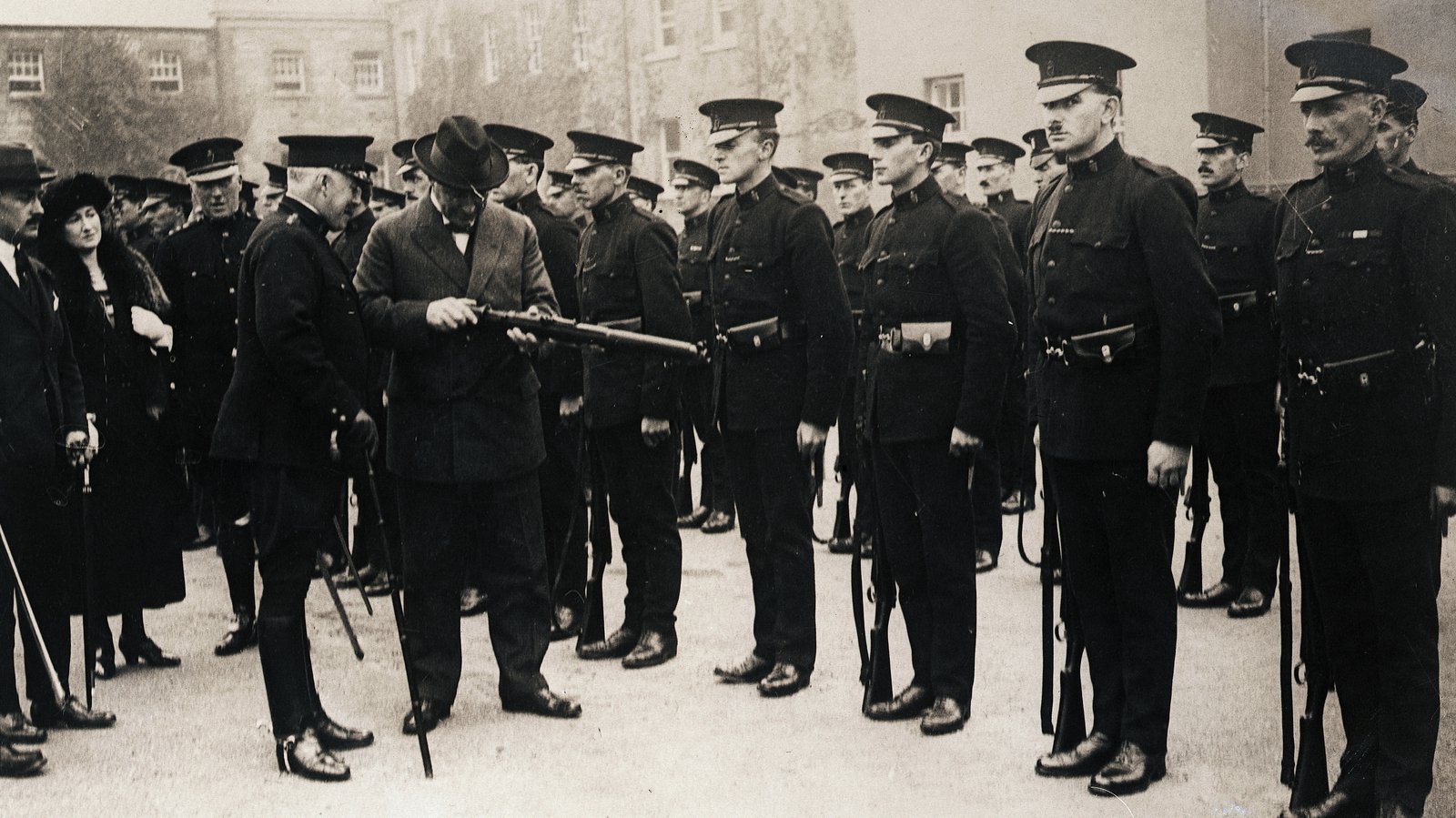 A 1920 inspection of R.I.C. officers. By the end of 1919 it was getting harder to police the country

At the end of 1919 the RIC closed many of the small rural barracks and became increasingly unable to prosecute crimes or enforce judgements. By early 1920 the Dáil Courts were beginning to function in the greater part of the country.

Verdicts were enforced by the newly-established republican police – established to release the IRA from ordinary police work for the more important task of getting rid of the enemy.  They played an important role in maintaining law and order and made the Dáil a reality in the minds of many Irish people.

At length Dublin Castle responded by banning the Dáil Courts. Many of them became inactive, while some, as in other instances of Dáil activity, resorted to undercover proceedings. For Irish nationalists, the administration of the country was going underground.