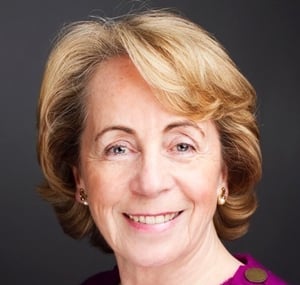 In 1849, five starving people died by the roadside in Mayo after being forced to walk for miles to present themselves for inspection by the authorities. They were not the only local victims of zealous bureaucracy, as Kathleen Villiers-Tuthill explains

The tragic events that took place in the Doolough valley in the Westport Union in March 1849 first came to public notice with the publication of a letter in the Mayo Constitution on 10 April.  The letter writer, signing himself 'A Ratepayer', drew attention to the discovery of five bodies on the roadside, halfway between Louisburgh and Delphi Lodge on Sunday 1 April.

The bodies were of a woman named Dalton and her two children, a son and daughter, and of two men. The men were found about a mile from the family group.

The five, the letter writer explained, were among a number of destitute poor who left Delphi Lodge the previous day to return to their homes near Louisburgh, a distance of eleven miles. The reason the people were at Delphi Lodge was clarified in this and subsequent letters, published in the same newspaper over the following weeks.

The people, all recipients of outdoor relief, had been told to present themselves for inspection by union officials at Louisburgh on Friday 30 March to determine if they were entitled to remain on the relief lists. Similar inspections were taking place throughout the union to check that the relieving officers’ books were up-to-date and to guard against abuse of the outdoor relief system.

The people gathered at Louisburgh on the appointed day and two officials arrived, Francis Hogreve, a vice-guardian of the union, and Captain J.M. Primrose, the poor law inspector. For some reason, never satisfactorily explained, the inspection did not go ahead and the two men left Louisburgh for Delphi Lodge.

According to the letter writer, the relieving officer, Michael Carroll, without consideration for the wretched state of the people, then ordered them to follow him to Delphi Lodge where they would be inspected early the next morning. Carroll would later insist that Primrose and Hogreve had instructed him to do so. The officials maintained otherwise.

The only hope of survival for the starving people gathered that morning was to remain on the relief list. Without their weekly food rations they faced certain death. And so in bad weather, poorly clad and perhaps barefooted, ‘hundreds of those unfortunate living skeletons, men, women, and children,’ were forced to make the eleven-mile journey on foot by road and mountain passes to Delphi Lodge.

The inspection took place the following morning, Saturday 31 March, and the people were afterwards left to make their own way home without the provision of water or food. The shocking discovery of the five bodies the next morning bore testimony to the effect such a gruelling journey had on people already in an advanced state of starvation.

However, the number of casualties did not end there. It later transpired that two more bodies were found on the mountain pass, nine or ten others who left for the inspection never returned home (what became of them is unclear), and a number of deaths occurred soon afterwards among those who had succeeded in making it back.

The letter writer blamed the relieving officer, Carroll, for the deaths of these unfortunates. Carroll, he claimed, did not have his books in order and this was the reason that the inspection at Louisburgh had not gone ahead.

The editor of the Mayo Constitution, who struggled to control his anger when commenting on the events, laid the blame firmly with the two officials, who did not take the time to inspect the people at Louisburgh, but caused them to make the unnecessary journey to Delphi to be inspected at their convenience.

‘Can this be true’, he asked, ‘Is it to be tolerated that men largely paid for dispensing relief to the starving peasantry, shall be guilty of such an act of barbarity as this?’

He called for an inquiry, declaring that ‘the blood of these people calls loudly to heaven against those who sent them unprepared before their God by the most melancholy of all deaths – death from hunger.’

At this time the Westport Union was under the management of vice-guardians: paid officials installed by the Poor Law Commission in August 1847 to replace the board of guardians who were found to be incapable of running the union at this time of crises.

The union, one of the poorest in the country, was among the earliest designated as ‘distressed’ and therefore entitled to financial support from the treasury. The vice-guardians, however, were under instruction to make every effort to collect rates and reduce unnecessary expenditure before any additional funds could be obtained from the treasury.

In early February 1849, Captain J.M. Primrose, the temporary poor law inspector for the union, informed the Poor Law Commission that the vice-guardians were complying with the regulations and ‘No application for relief has been granted by the Vice-Guardians, without a most careful scrutiny into the circumstances of each case’.

Unfortunately, the tragedy at Doolough valley was the devastating consequence of the vice-guardians’ blind compliance with the rules.

The coroner, assisted by the workhouse doctor, later examined the bodies that had been buried in a bog hole close to where they fell; it was common for bodies to be hastily buried in this way, to prevent them been eaten by dogs.

Following a post-mortem on two of the bodies and an inquest held over two days, the jury returned a verdict of death from ‘starvation and cold’ for all of the victims, and the bodies were returned to the bog. Later the local Catholic curate, Rev. Thomas O’Dowd, provided coffins and made sure that the bodies of those sadly neglected people were given a proper burial.

The names of six of the dead were published in the press on the 17 April 1849, Catherine Dillon and her children, Pat and Honor Dillon, Catherine Grady, Mary McHale and James Flynn. The editor was incensed with the manner in which the inquest was conducted and continued to call for a public inquiry.

However, there is no evidence of a public inquiry taking place. The Westport Union, like the rest of the West, was by then struggling to cope with an ever-increasing number of deaths from starvation and disease among the rural poor.

'Cold the most intense'

Throughout April the severe weather continued, ‘hail, snow, rain, and storm –  and cold the most intense, have kept incessantly driving on us’, the newspaper reported. The workhouse and auxiliary house were full to capacity and the spread of disease among the inmates was causing many to discharge themselves, preferring death from starvation at home to death from disease in the workhouse.

The workhouse doctor, F. Burke, reported that the patients in the infirmary were dying of fever, dysentery, small-pox, scarlatina and measles. The number of deaths rose sharply in April when the cholera epidemic spreading throughout the West eventually reached Mayo.  The Mayo Constitution, on 1 May, reported that there were sixty-six deaths in the Westport workhouse in the previous week.

The county jail had three times the number of inmates it was built to hold and the number of robberies in the Westport district continued to rise. At the quarter sessions held in the town in April, seventeen prisoners, convicted of various crimes, implored the court to sentence them to transportation as they considered it preferable to death from hunger in Ireland.

Reporting the incident in the newspaper on 24 April, the editor asked, ‘what is to become of a country, reduced to such a shocking state?’

On the 22 May, the newspaper published what appears to be its final letter on the Doolough tragedy. The letter writer thanked the editor for his support in this matter. He went on to inform the readers that Michael Carroll had been dismissed from his position as relieving officer and that in future a vice-guardian was to attend at Louisburgh one day a week to revise the outdoor relief lists. This would ensure that the

‘poor creatures are not in future to be harassed, hunting their honours through mountain sloughs – same as they were when so many poor creatures perished in the mountain passes not long since, on their return from Delphi Lodge’.

Kathleen Villiers-Tuthill is an historian and author of several books on the history of west County Galway.