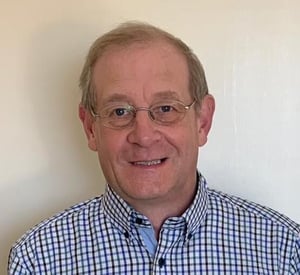 The Famine changed Ireland forever - but as Ray O'Connor explains, subsistence farming and poverty continued, while the move to a monetised economy was not straightfoward

Ireland changed radically as a consequence of the Great Famine. But underpinning the transformative demographic, social, economic and cultural discontinuities that occurred in the post- Famine period, were strong elements of continuity.

Throughout the latter decades of the nineteenth century some farmers and labourers who worked on small and marginal agricultural holdings remained anchored in the subsistence, potato-based economy. As late as the mid-1890s, many of the characteristics of the pre-Famine period, such as extreme poverty, hunger and recurring famine conditions, persisted in many rural areas.

The post-Famine years were characterised by a restructuring of the rural economy. From the 1850s and into the early years of the 1870s Ireland’s agricultural output increased, living standards improved and, with the exception of the years 1859-64, Ireland enjoyed a period of agricultural prosperity.

Remittances from those who had emigrated during and after the Great Famine, helped those who remained to engage in a monetised economy. The two decades after the end of the Great Famine saw the emergence in rural Irish society of a stronger middle-class comprising farmers, publicans, shopkeepers and the Catholic clergy. However, the economic progress of the 1850s and 1860s came to an abrupt halt in the 1870s.

However, while other European countries invested in agriculture, improved competitiveness and increased their market share, Ireland’s production and processing methods fossilised and its hygiene and quality standards deteriorated. Ireland was also adversely affected by changing consumer tastes which saw a significant decline in demand in Britain for salted butter.

An economic depression arrived in the mid-1870s when agricultural produce, initially from the USA (and in the 1880s and 1890s from the Ukraine, Australia, Canada, Russia and Argentina), flooded European markets and deflated commodity prices.

This coincided with a series of poor harvests in Ireland and Europe, placing the entire Irish agricultural system under severe pressure. For the farmers who had successfully transitioned to commercial farming, it meant a significant loss of earnings.

There were more serious consequences, however, for the subsistence farmers and agricultural labourers in remote rural areas who had no monetary reserves or access to loans to purchase food in times of scarcity. For them, the potato was still essential for survival and they were extremely vulnerable to the effects of the prolonged severe weather conditions and localised small-scale famines in the late 1870s.

Popular movements advocating agrarian agitation took root in the areas where food shortages and famines recurred. The Mayo Land League was established in the summer of 1879 as a reaction to widespread starvation, evictions and poverty.

Its founder, Michael Davitt, gave a voice to an increasing groundswell of support for land reform, and the movement spread quickly, particularly in the west and south west. Agrarian and political objectives aligned in October 1879 with the formation of the Irish National Land League under the leadership of constitutional nationalist Charles Stewart Parnell.

The extent to which subsistence farming based on the potato persisted in Ireland into the late nineteenth century is evidenced by the recurring localised famines in 1877-1881, 1890-1891, 1894-1895 and 1897-1898. Each poor potato harvest, every extended period of bad weather revived horrific memories of the devastation wreaked by the Great Famine and generated fears that food shortages on the same scale might recur.

Return of the Blight

The re-appearance of the potato blight in the 1870s was particularly unnerving. When the subsistence economy broke down the only recourse for many of the rural poor, to whom the banks refused to lend, was to access credit from moneylenders or pawnbrokers.

The infamous 'gombeen man’, many of whom doubled as publicans and shopkeepers, lived among the people and exploited to the fullest degree the lack of regulation and supervision governing their activities in remote and isolated rural areas.

This informal and exploitative lending sector thrived between the 1860s and the 1890s, but because the extension of credit was ‘off the books’, their locations and the extent of their activities have not been recorded.  The only insight into the geography of accessing credit in this period is provided by pawnbrokers.

These regulated businesses were usually based in larger towns and cities and are widely understood to have catered primarily for an urban clientele. While this is generally accurate, in periods of extreme privation, it is known that people from rural areas frequently travelled up to twenty miles to pawn their few possessions for cash so that they could purchase food to survive.

The rise and fall of the pawnbrokers

Tracing the expansion and contraction of the pawnbroker business in the second half of the nineteenth century provides an insight into the engagement by the lower classes with the monetised economy.

The near elimination of the cottier class during the Famine together with the arrival of remittances from abroad and a lengthy period of economic prosperity precipitated the spread of pawnbrokers across the country from the 1850s. Pawnbrokers were profit-driven business enterprises.

The expansion in the number and distribution of pawnbrokers from 439 in 117 locations in 1846, to 616 in 162 locations in 1870, demonstrated a strong increase in demand for their services.  It also demonstrates increasing levels of engagement with the monetised economy in the two decades immediately after Great Famine.

By 1870, the presence of pawnbrokers in every county in Ireland and their spread down the settlement hierarchy to smaller towns and villages was indicative of the beginnings of a move away from total subsistence. Pawnbrokers established in settlements where they perceived a market for their services existed and operated in these areas only for as long as it was profitable.

The demand for pawnbroker services declined with the arrival of the economic depression in 1870s and by 1893 the number of pawnbrokers had reduced to 420, fewer than there had been in 1846. This decline between 1870 and 1893 represented a withdrawal of pawnbrokers from forty-two of the smaller towns.

The rise and fall of hard cash

This reduction in the number of pawnbrokers illustrates the contraction of the monetised economy, as smaller farmers, unable to access alternative sources of credit, reverted to subsistence agriculture.

The two decades after the Great Famine witnessed higher levels of engagement with the monetised economy among the lowest social classes.  The spread of pawnbrokers into smaller settlements between 1846 and 1870 was indicative of the shift in these areas to a more hybrid subsistence economy that involved more frequent cash-based transactions.

Therefore, the increase in the number of pawnbrokers up to 1870 and the expansion of locations in which they operated speaks to a decline of exclusively subsistence practices.

Impoverishment, subsistence and the threat of famine

The impact of the economic recession of the 1870s was profound. It was a decade of immiseration and impoverishment and much of the progress made by the lowest social classes in integrating into the monetised economy was lost.

The contraction of pawnbrokers from smaller settlements between 1870 and 1893 reflects the retreat of the monetised economy. In fifteen counties (including all six Munster counties and all Connacht counties except for Mayo) there were fewer pawnbrokers operating in fewer locations in 1893 than there had been in 1846.

The changing geography of pawnbrokers illustrates, not only the persistence, but the re- emergence of the subsistence economy, the largely ignored levels of immiseration and impoverishment and the recurring threat of famine in the final decades of the nineteenth century.

Sources: Slater's National Commercial Directory of Ireland (1846); Report from the Select Committee on Pawnbrokers; together with the Proceedings of the Committee, Minutes of Evidence, and Appendix (July 1870); Pawnbrokers (Ireland), Return to an Order of the Honourable The House of Commons, (20 February 1893)