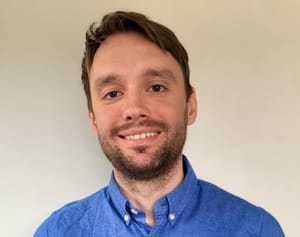 Tens of thousands of "half naked and starving" Irish emigrants arrived in the north west of England during the Famine years, bringing deadly disease and hunger with them. As Lewis Darwen explains, many remained - but some were sent back.

History shows us that one of the defining features of severe famine is migration. People in afflicted areas move in search of charitable aid, employment, help from relatives and friends and, above all, safety from the devastating effects of starvation and disease which famine entails.

The Great Irish Famine (1845-52) was no different. It is estimated that during these fateful years upwards of a million people fled Ireland, most of them destined for new lives in Britain and North America. Emigration on this scale was unprecedented. It contributed, along with around a million deaths in Ireland, to a dramatic demographic collapse from which the country's population has never fully recovered.

This sudden mass migration, which began during the winter of 1846 when the effects of famine began to bite hard in Ireland, also presented serious challenges to the authorities at the main ports of disembarkation in Britain.

At the port of Liverpool in north-west England, where the majority of Irish migrants landed, local officials watched in horror as thousands of destitute men, women and children, many of them described as 'half naked and starving’, arrived each month.

As the closest major British port to Dublin, and the gateway to the most industrialised region in the country, Liverpool was an obvious place for the Famine Irish to go. Many already had connections in the region, and Liverpool also served as a staging post before the longer journey to North America.

During ‘Black ’47’, the worst year of the Great Famine, around 296,000 Irish made the voyage by steam ship to Liverpool. About 130,000 went on to the United States, while a further 50,000 came on business and soon returned to Ireland.

This left around 120,000 Irish ‘paupers’ who arrived in Liverpool penniless, homeless and in need of immediate charity to prevent them from, in the words of one local clergyman, ‘perishing in our streets’. By January 1847 soup kitchens in Liverpool, run by the poor law and private charity, were providing free food to over 20,000 Irish each day.

Many of the Irish arriving in Liverpool were not only emaciated and hungry but also carrying deadly contagious disease. It is one of the curiosities of famines that starvation is rarely the main cause of death. Rather, people tend to die of pestilence.

Disease thrives in famine conditions, and in Ireland during the late 1840s smallpox, dysentery and, worst of all, typhus fever raged epidemically, especially in 1847. Typhus, like plague, is a louse-borne disease which quickly transfers from one person to another in closely confined, overcrowded spaces.

In north-west England the massive inflows of Irish refugees from late 1846, many of whom immediately gravitated to the already overpopulated slums of northern towns, coincided with severe outbreaks of epidemic typhus across the region. So closely were the Irish associated with the spread of the disease that it was routinely described as ‘Irish fever’.

In 1847 a journalist in Manchester ascribed the outbreak of epidemic typhus in the north-west to ‘the immigrant Irish…huddled up and over-crowded as they have been in the filthy lodging houses to which they resort.’

In Liverpool, the chief medical officer witnessed so many Irish dying from typhus that he described the town as the ‘hospital and cemetery of Ireland.’ By the second quarter of 1847 poor law authorities across the north-west began opening temporary fever hospitals to provide medical care to the mounting numbers of sick, and by all accounts the vast majority of their patients were Irish.

One official noted that during the summer of 1847, when the typhus epidemic was at its worst, it was ‘rare to find an English person as a patient’ in a fever hospital. At this time upwards of 8,000 typhus patients were being treated by the poor law in the north-west each week. This was very severe public health crisis with a clear ethnic dimension.

Shipped back to Ireland

The welfare and medical needs of the Irish refugees were considerable, and the seemingly never-ending stream of new arrivals into Liverpool soon prompted defensive measures by local poor law authorities in the region.

Early in 1847 petitions were sent to Parliament demanding that restrictions be placed on the number of Irish crossing over and for financial assistance to cover the cost of aid, but the government refused to intervene.

Poor law officials in the worst affected towns took matters into their own hands. Under the laws of settlement and removal every person in the country had a legal place of settlement (usually determined by birth or marriage) where they were entitled to relief from the poor law.

However, anyone who received relief in a place other than their settlement could be removed back ‘home’. For the Irish, this meant being shipped back to Ireland. As the immigration crisis mounted, poor law officials in the north-west began applying these laws rigorously, in part to deter further arrivals coming over from Ireland.

The scale of removals was astonishing. The Liverpool authorities removed over 47,000 Irish between 1847 and 1851, while another 3,500 were removed from Manchester in the same period. Behind these numbers was terrible human suffering, but for besieged poor law authorities, who had to respond to the cost and enduring public health dangers of unregulated mass immigration, removal was the only way of protecting themselves and their communities.

At the sharp end of these policies were the Famine Irish themselves, who had to navigate difficult circumstances in order to eke out an existence in Britain during the days, weeks and months following their arrival.

Many of them, coming from the rural west of Ireland, spoke little or no English and would have found heavily urbanised north-west England a strange environment indeed. These difficulties were intensified by the fact that the late 1840s was marked by industrial depression in northern England, which made employment difficult to come by.

Those who had friends and family already in the region able to offer shelter and support were more fortunate than those who did not. Thousands relied on local soup kitchens and other forms of charity to get by, begged on the streets, and sought nightly refuge in workhouse vagrancy wards and night asylums while they looked for something more permanent.

In the towns of Prescott and Warrington, situated between Liverpool and Manchester, around 20,000 Irish people spent a night in vagrancy wards in 1847 as they tramped across south Lancashire. Others packed into cheap cellars and lodging houses, despite the threat of disease.

It is important to emphasise that most of the Irish refugees who came to the north-west in this period lived beyond these terrible times, but several high-profile cases of starvation reported in the press indicate the intolerable hardships many must have faced.

The impact of mass Irish immigration during the Great Famine left a lasting cultural legacy on northern English towns such as Liverpool and Manchester, but many who made the journey in the late 1840s must initially have felt like they had exchanged one hell for another.

Dr Lewis Darwen is a lecturer in History at the University of Roehampton, and specialises in the social, political and economic history of nineteenth century Britain and Ireland.