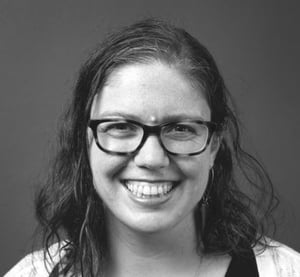 Thanks to emigration triggered by the Famine, people born in Ireland comprised almost one third of the total population of New York by 1855. The city was changed forever - but how? Anelise Hanson Shrout explains.

In the decade following the 1845 appearance of the potato blight, over 900,000 Irish emigrants entered the port of New York. By 1855 Irish-born New Yorkers comprised almost one third of the city's total population.  By the end of the nineteenth century New York was the largest urban Irish settlement in the world. This Famine immigration fundamentally changed the institutional, social and political character of the city.

Famine immigrants entered New York on ships rife with disease. They often travelled in steerage, deprived of air and space. Ships were required to stop first at the quarantine station on Staten Island, where New York State legislation mandated that all arrivals from foreign ports be medically assessed.

The influx of immigrants in the 1840s and 1850s overwhelmed these public health checks. In response, in 1847 New York State appointed ten Commissioners of Emigration, whose job was (according to their first report) both to protect immigrants from exploitation and to protect the city from 'the number of such diseased emigrants’ who ‘even threatened danger to the public health.’

The Commissioners were particularly concerned with fraud perpetrated upon immigrants. Some recent emigrants fell prey to racketeering ticket agents, who distributed trans-Atlantic tickets in advance of payment.  When they could not pay back the price of their tickets, emigrants were ‘allowed’ to enter the agents’ private accommodations, where they were required to work off their passage with hard labour.

Another of the fraudsters’ most common schemes was to waylay ill or destitute passengers upon arrival, and direct them to private hospitals or private poor houses. There, emigrants were charged high fees, until they were able to leave, or (more frequently) they died for want of care.

As Famine immigration persisted through the 1840s and early 1850s, the Commissioners also worked to find space for the numerous sick, and sometimes contagious people entering New York from Ireland.  These spaces included Bellevue, the city’s only public hospital, and its almshouse.

Sick immigrants were also sent to the growing public health complex on islands in the East River: the ‘city of asylums’ on Blackwell’s Island and a newly-built hospital complex Ward’s Island.  By the latter years of the Famine the majority of patients entering these institutions were Irish. The need to accommodate Irish immigrants fundamentally drove the development of New York City’s public health system.

A city in transition

1840s New York was a city in transition. It encompassed the entirety of the island of Manhattan. At its southern tip, where the Hudson and East Rivers converged, the shores bristled with docks that received trans-Atlantic steamers, as well as smaller boats that moved goods up and down the Atlantic coast.

The neighbourhoods at the southern end of Manhattan had historically been home to professionals, but by the middle decades of the nineteenth century the well-to-do were moving north and labourers and immigrants were moving in. These new residents had little money and crammed either into the re-purposed houses of elites, or into ‘tenements’ built to maximise occupancy in a minimum of space.

Farther north in Manhattan, large estates were being remade into regimented city streets. Infrastructure projects – railroads, bridges and aqueducts – were a hallmark of this era in New York’s history. Labourers in search of work set up camps and shantytowns around these construction sites, creating workers’ enclaves away from the bustling downtown.

Those famine emigrants who were not sent to the city’s hospitals tended to settle in these emerging working-class neighbourhoods. These new settlement patterns fundamentally changed the character of the city. Slums, like the notorious Five Points neighbourhood, became home to many newly-arrived Irish.

While many Irish men positioned themselves at the heart of the city in search of work, the most destitute drifted to the edges of the expanding metropolis, where they lived in shantytowns, farmed meagrely, or scavenged for food.

In contrast, historian Hasia Diner has demonstrated that Irish women and girls made up a considerable part of New York City’s domestic workforce, and many lived in the upper-class houses in which they worked (though some also took on domestic labour in less opulent surroundings).

These emigrants changed the demography of New York City, but also impacted its geography, driving the development of new neighbourhoods, businesses and social groups.

Irish immigration also shaped New York City politics. Once naturalised, the Irish invited the extant political parties to determine the best ways to woo the new voting bloc.  As the Irish became involved in New York politics, they perpetuated systems of patronage that favoured themselves over other immigrant groups.

For example, the Democratic Party’s Tammany Hall political machine, which controlled New York City politics in the nineteenth and early twentieth centuries, expertly courted the Irish vote with political favours. This patronage evolved over the years to formal participation in New York politics.  This political agency enabled the Irish, particularly Irish men, to use politics as a buffer to ease the difficulties of immigration.

However, not all politicians celebrated Irish visibility in the political sphere.  Some Americans saw Irish emigrants as a danger to white, Protestant American privilege, and particularly a danger to their jobs and political control. In response, anti-immigrant nativists formed the ‘Know-Nothing’ party in 1853, intending to protect white American interests.

At the same time, new labour organisations were formed to protect the rights of non-immigrant American workers. David Roediger and Noel Ignatieve have shown that in the years after the Civil War Irish labourers would re-purpose and re-tool rhetoric about ‘good’ Americans to define themselves in opposition to enslaved people and free people of colour, and in order to argue for an Irish place in white American society.

The Famine’s impact on New York did not end when the immediate subsistence crisis was over. Famine emigrants established social networks that would continue to draw new arrivals for years to come. Despite anti-Irish prejudice that continued into the twentieth century, the Irish in New York continued to build communities, rise socially, and be involved politically.

The systems of public health that had been created in response to large-scale Irish migration would continue to function until Ellis Island was established in 1892. Blackwell’s Island, which housed institutions that served Famine immigrants, continues to serve as a site for New York’s hospitals to the present day. In these ways, and many others, the Famine fundamentally shaped New York City.

Anelise Hanson Shrout is an historian of the Atlantic world in the nineteenth century, currently teaching at Bates College in the United States.