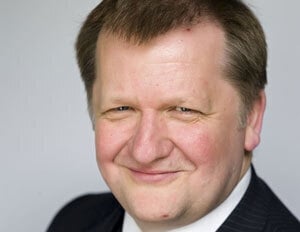 It was a source of grievance for nationalists  - and for unionists it was  the 'least worst' compromise arrangement. Alvin Jackson on how unionists came around to the idea of Northern Ireland

The partition of Ireland, which was established through the Government of Ireland Act (1920), created controversy when it was first widely discussed, from about 1912 onwards; and it remains a central difficult issue in the public life of the two Irish polities.

The historical narrative of the theme tends conventionally to emphasise the history of English and Scottish migration and colonisation in the north of Ireland, whether informally or through private settlement in Antrim and Down (and Monaghan), or through the formal British plantation scheme pursued in western and southern Ulster from 1609 onwards.

The north-east, geographically and now (from the 17th century) economically and culturally the part of Ireland closest to Britain, subsequently became associated with resistance to Irish nationalism and with the evolution of a movement dedicated to the support of the constitutional union between Ireland and Great Britain.

Unionists in Northern Ireland came to construct an origins narrative for 'their' six county polity which was anchored in the story of the Ulster Plantation; but in reality, the idea of partition was a very late growth.

In addition to Irish contexts, there were wider, global, perspectives on Irish partition.  Both empire and then decolonisation, whether in the British sphere of influence or beyond, were interconnected with the manufacture of territorial borders based on perceptions of geography, ethnicity – or crude realpolitik.

Both partition and the determination of new imperial frontiers were widely practised across the British and other empires in advance of the enactment of partition in Ireland after 1920.  Significantly, the key example of a British partition initiative, and the most relevant to Ireland in terms of chronology, was that pursued unsuccessfully in Bengal between 1905 and 1911 (Edward Carson and his unionist followers had close connections with British India).

Wider imperial debates and action also impacted upon Ireland in so far as federalism – seen as a great constitutional panacea across the empire – was an influence over the construction of the Government of Ireland bill in 1919-20, with its proposal for two parliaments and a joint, overarching, Council of Ireland.

The roots of partition

However, though the traditions of British policy in Ireland and the wider empire often effectively tended towards division, there was no deeply-laid, coherent scheme for the partition of Ireland before 1912.  There seems to have been some quiet Liberal contingency planning as early as 1886; and British unionists certainly broached the possibility in 1893.

In April 1912, with the introduction of the third Home Rule Bill,  Liberal ministers were fully conscious that they might be compelled to consider partition – though this was still firmly seen as a last resort.  Partition was certainly not a ‘red line’ for H.H. Asquith, the prime minister, and several of his most influential colleagues between 1912 and 1916;  but, at the same time, it was not a policy goal.

Of course, for Irish nationalists, the unity of the national territory, the island of Ireland, was a critical central principle. Partition, in almost every conceivable formulation, implied the exclusion of a significant body of northern nationalists from any newly liberated portion of the island.

Moreover, a sensitivity towards issues of unity was central to the political outlook not just of Ulster nationalists, but of John Redmond.  Redmond, leader of the Irish Parliamentary Party from 1900, received much of his political education in the desperate years of the Parnell ‘split’, and unity was the leitmotif of his subsequent political career.

Partition had no part in this vision; and it was a proud boast of Redmond’s defenders that Ireland remained united at the time of his death, in March 1918.

Irish unionists, north and south, and their leadership only came to the idea of partition relatively late in the history of the Home Rule idea.  Neither in 1886 nor in 1893 was their much serious or widespread unionist reflection on the possibility – not least because unionism itself remained an all-Ireland movement.

Carson, unionist leader from 1910, sought the defeat of the Home Rule idea for all of Ireland, and not merely within an excluded portion of the north of the island:  like the Muslim leader in inter-war India, Muhammad Ali Jinnah, Carson only came to partition late in his political career.

However, between 1912 and 1914 Carson – and his followers – moved from an all-Ireland unionism towards deploying partition as a wrecking tactic (in the belief that the Irish nationalist commitment to a unitary settlement could be exploited in this way).

As it became clear that the Liberal government was not open to easy or swift concessions, and as the possibility of the enactment of Home Rule grew, so Carson and the unionists  shifted once again (from about September 1913 onwards) to accepting partition as – for them – a ‘least worst’ compromise arrangement.

No longer about wrecking

Partition was now (until the outbreak of war in August 1914) no longer about wrecking, but about identifying a defensible territory, and – if possible – accommodating Ireland’s constitutional position within a wider reform of the United Kingdom.

By 1914-16 debate had come to focus on the six north-eastern counties, and in particular whether their exclusion from Home Rule should be temporary or permanent.   It is notable that partition was also embraced by others elsewhere – again, like Jinnah in India – not as a deeply-laid strategic goal, but rather as a negotiated ‘least worst’ option in a set of circumstances where the colonial power was apparently favouring other ethnic or national interests.

A process not a single event

It should be stressed that, while partition has for long been associated with the single British parliamentary measure, the Government of Ireland Act (1920), it was in fact a process, and not a single event.  Partition was a dynamic which ultimately produced a radically different form of border to that which was originally and painfully debated in 1912-14.

Partition in Ireland (as originally conceived between 1912-16) involved the possible creation of an administrative border between two polities inside a reformed United Kingdom:  even the Government of Ireland Act (1920) envisioned two Home Rule polities in Ireland which would each have remained closely connected to London.

But this proposal required radical adaptation, because the Anglo-Irish war (1919-21) and the consequent Anglo-Irish Treaty (December 1921) delivered what was in effect an international frontier inside the British empire – between an essentially independent Ireland and an integral component of the remaining United Kingdom (albeit it one characterised by a devolved parliament).

Partition grew as a consequence of unionists’ desire for exclusion from a limited grant of self-government within the context of (what would have remained substantially, even as late as 1916) a sustained free trade area encompassing Ireland and Britain.

The partition settlement which was finally confirmed in 1925 (in the aftermath of the failed Boundary Commission) was reached by incremental steps, but it ultimately involved an economically and politically much more serious division of the island than had been foreseen when the principle had first gained traction in 1912-16.

As the historical geographer Kieran Rankin has argued, ‘one can extrapolate from the Irish example that partition is better understood as a catalytic tactical process that radically reconfigures the political and geographical dimensions of conflict rather than as a decisive political instrument solving it’.

Partition around the world

There are parallels to be made with Muslim India - in terms of the gradual movement away from unitary perspectives towards partitionist and ‘two nations’ arguments which emphasised distinctive histories.

Furthermore, if partition was practised elsewhere in the British empire before its introduction into Ireland, then the Irish partition of 1920 served in turn to influence both the politics of Palestine during the British mandate as well as British India.

Partition was dynamic:  its ultimate form was partly an unintended consequence of other actions.  Partition gained traction in unionist Ireland firstly as a tactical wrecking device against Irish nationalism.

But it later evolved into effective support for the creation of a soft (a relatively open) economic and political boundary between Home Rule Ireland and the north:  under Home Rule both parts of the island still would have looked to Westminster as the sovereign parliament.

A process of radicalisation

However, the radicalisation of unionist protest strategies in 1912-14 and after, helped in turn to radicalise Irish nationalism:  Home Rule was superseded by a separatist republicanism, and a soft border between slightly different parts of the British world was ultimately displaced by (what was seen by many outside Ireland as) a new international frontier.

Irish nationalists always rejected partition.  For Irish unionists partition eventually became the means of achieving their stated economic and religious ends.  But, viewed in the light of today’s relatively prosperous and progressive Ireland, it may be that unionists’ chosen means have since supplanted their original ends.

Alvin Jackson is Sir Richard Lodge Professor of History at the University of Edinburgh, and is an honorary member of the Royal Irish Academy