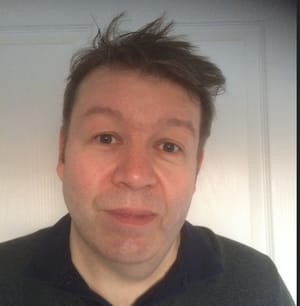 By Robert Lynch
More from
Atlas of the Irish Revolution

Those who died in the north east of Ireland during the War of Independence were overwhelmingly civilians, and the violence, as Robert Lynch explains, had "had a deep sectarian character".

In response to a series of aggressive police raids into the Falls Road area following an IRA ambush on a police van which killed one officer and wounded two others, Loyalist mobs descended on West Belfast, burning and looting as they went.

In all, sixteen people were killed that night including three teenagers, two Protestants and one Catholic, caught in the indiscriminate crossfire of snipers. Over 100 people were injured and perhaps as many as 200 houses were damaged or burned.

During the following week, despite the nominal Truce meant to come into force at midday on 11 July, another ten people were killed and scores injured including three people shot on the morning of the Truce itself. The Truce was to have little relevance in the North lasting, in the words of one IRA leader in the city, 'six hours only' and 1921 would see further outbreaks of violence in August and September.

The events of 10 July sat in almost the exact middle of two years of violence which had marked the traumatic birth of the Northern Irish state. Starting in June 1920 as a response to the victory of nationalist candidates in a slew of urban and rural council elections, violence erupted in Derry City.

It quickly spreading to Belfast with the infamous shipyard expulsions the following month and then on to the surrounding towns of Banbridge, Dromore and Lisburn. In the latter case almost the entire Catholic population of this 15,000 strong market town were expelled from their homes after the IRA shot dead a local RIC Police Inspector, Oswald Swanzy, as he left church on Sunday morning.

The most deadly city

While such outbreaks were notable for their intensity, the vast majority of subsequent violence would confine itself to Belfast. In barely two years Belfast experienced violence on an unprecedented scale, with thousands killed and wounded and millions of pounds worth of property damage; a period equivalent, and certainly more concentrated, than the worst years of the Troubles in the early 1970s.

This one city would suffer a higher per capita death rate than any other part of Ireland during the revolutionary period, including notoriously disturbed counties such as Cork and Tipperary, and account for 30% of all fatalities on the island. Over 450 people were to die in the city, 3,000 were injured and almost 1,000 homes and businesses were destroyed with 20,000 people forced to move as refugees or expelled from their workplaces.

The violence which Belfast endured between 1920 and 1922 has tended to be painted in a generic way, with a focus largely on its inexplicability and apparent arbitrariness. Certainly, Belfast’s experience was unique in terms of both its scope and dynamics.

Victims of violence were overwhelmingly civilians. Unlike in the south and west where paramilitaries and security forces made up a sizeable, if diminishing, share of the casualties, this was not the pattern in the north-east. Less than 15% of those killed were members of the security forces or organised paramilitary groups such as the IRA.

As was the case in Lisburn and Belfast, it was clear that their presence was provocative rather than definitive, inspiring mass communal outbreaks but suffering little of the consequences themselves. This was a communal conflict defined by mass ethnic mobilization rather than being driven by paramilitary organisation.

Confrontations quickly settled into a familiar pattern of mass sectarian rioting and communal expulsions of which the Catholic community of Belfast, making up less than a quarter of the city’s population, bore the brunt. Incidents typically involved clashes at key interface areas within north and west Belfast.

Crowds would gather and engage in what one observer called ‘a stone throwing competition’, whereas in more serious outbreaks, gunmen would also exchange fire. Many members of the Ulster Special Constabulary colluded with or participated in the attacks, as did the IRA and vigilantes of the Orange and Hibernian Orders.

The violence itself had a deep sectarian character with attacks being launched against whole communities and locales. The use of sectarian language and the targeting of religious buildings was added to by arson attacks on homes and businesses, and the intimidation and direct expulsion of people from mixed areas.

However, while the violence is often painted as largely random, involving killings regardless of age and gender, it is clear that the vast majority of victims were men between the ages of 18 and 45, suggesting that men were both the chief instigators and victims of the culture of recreational rioting which defined Belfast during the partition period.

The violence then was limited in terms of space, being focused on the informal frontiers between communities, and also in terms of its victims. It was also defined in terms of time, with its worst outbreaks coinciding with particular periods of political tension or decision.

Following the summer riots and expulsions in 1920, violence began to drop off again. It re-emerged however with a vengeance in April, May and June 1921, a period which coincided with the most violent period of the War of Independence and the establishment of the Northern Ireland parliament in Belfast.

While the number of incidents dropped somewhat after the Truce in early July, violence spiked again in the final two months of the year, coinciding with the ongoing Treaty negotiations in London and the handing over of security powers to the Unionist government.

The worst of the violence

The worst period of violence occurred during the spring and early summer of 1922 when the new partition states faced off against each other and their respective political and religious minorities. During that period 300 people lost their lives in Belfast, and civil war seemed a far more likely in the north than the south.

Indeed, sustained outbreaks tended to happen when events in the South had reached something of a hiatus such as during the Truce and the subsequent divisions over the Treaty in the first six months of 1922, after which the new Northern Ireland finally returned to something resembling normality.

With the Northern IRA were weak in terms of numbers and equipment, the activities of southern militants in the north-east, sponsored by the leadership of both wings of the Treaty divide would prove crucial in sparking large-scale communal reprisals.

Certainly, the worst periods of violence in the north-east coincided with periods when southern eyes were turned towards Northern Ireland and diplomatic, propaganda and military attacks against it were carried out.

The violence was largely reactive in nature, whether it be a reaction to a specific incident such as the shooting of a policeman as with Swanzy, or to political developments and the fear about their potential impact on the safety of the specific community.

As with most violence in Ireland during the period, it took the form of reprisals although in the north-east these were notable in terms of both their scale and crudity. The pattern which developed was that even the smallest of incidents on the new border inspired a violent retaliation in both Belfast and other northern towns.

For example, in February 1922, a skirmish between some members of the Ulster Special Constabulary and a local IRA unit in Monaghan led to thirty-one deaths in Belfast over the following two days.

These included the horrific bombings in Weaver street in north Belfast which saw a bomb thrown amongst a group of Catholic schoolchildren, two of whom were killed on the spot with three others dying of their wounds later in hospital, an incident described by Churchill as ‘the worst thing that has happened in Ireland in the last three years’.

Sectarian murders outside the north-east

The sectarian violence in the North was the most evident example of a pattern of communal scapegoating across Ireland during the revolutionary period. There has been a tendency to cordon off Ulster in terms of applying sectarian categories to violence.

However, there can be little doubt that sectarianism was not confined solely to the north-east. The shared experiences of partition and revolution left behind many minorities in Ireland, both religious and political. The fate of Catholics in Belfast was to a large extent mirrored by that of the Protestant community in Munster and along the new border.

To the horrific MacMahon Murders of March 1922 and the massacre of Protestant civilians at Altnaveigh in June 1922, can be added the shooting, intimidation and expulsion of Protestant members of the community in Cork and Dublin.

The deep uncertainties which characterised the political settlements of 1920/21, with all their constitutional ambiguities and divisive rhetoric meant that in the grey areas between the collapse of one authority and the institution of two others, whole Irish communities were being targeted and punished for, in the words of Bishop McCrory, the Catholic Bishop of Down and Conor, ‘the sins of their brethren elsewhere.’ 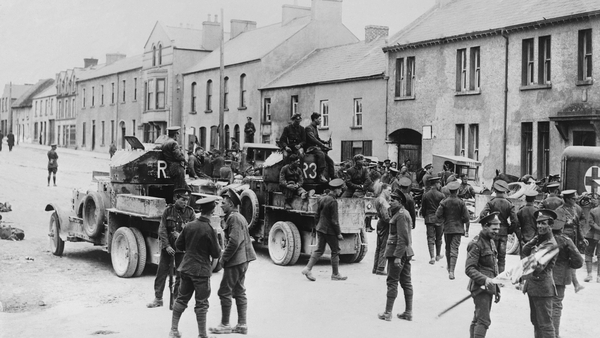