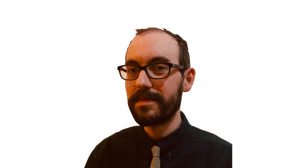 On the night of Thursday 30 September 1920, four lorries filled with armed police and soldiers left Sligo towards the market town of Tubbercurry. They made the journey after the Irish Republican Army (IRA) ambushed a Royal Irish Constabulary patrol that day, killing District Inspector James Brady.

Having laid waste to the Square, the men travelled to Tubbercurry’s outskirts where they attacked the local co-operative creamery. Bombs and rifle fire left the building and machinery a heap of debris. Thomas Murricane, the creamery’s manager and a Sinn Féin County Councillor, saw a subsequent attack made on his home while his family resided indoors.

One of the lorries arrived at Achonry Co-operative Creamery at 3.20 a.m., four miles outside town, and launched another attack. The manager, Patrick Condon, raced there with a party of men. The group brought the flames under control only for another two lorries of Crown forces to arrive a little later to finish the assault. A second effort to quench the flames rescued some machinery, but left the building in ruins.

A Sligo Champion reporter described a desolate town centre with boarded-up shopfronts and homes, while locals took refuge in the nearby convent. Moreover, the destruction of the creameries posed longer-term challenges to the economy. Damages to the local dairy industry amounted to £20,000 in buildings, machinery, and stock, depriving 1,500 farmers of their main source of income.

Condon’s rescue efforts at Achonry at least meant a limited business continued at that creamery. The attack left the bacon factory and retail store out of action and meant the co-operative could only concentrate on dairying. Condon philosophically placed local events into the wider context of assaults on Ireland’s co-operative sector for the Champion’s reporter:

‘It seems an extraordinary thing to have attacked the creamery, but … no more extraordinary than the attacks on other creameries. However, we had no conflict at any time with police or military … we carried on our business here without regard to politics. Our only business was the advancement of agricultural industry.’

Tubbercurry and Achonry fitted an established pattern. From the summer of 1920 onwards, Crown forces consistently responded to IRA activities by attacking co-operative creameries. By the time a truce between the IRA and the Crown forces came into effect, forty co-operative creameries had been destroyed with another thirty-five rendered unfit for work. Robert Anderson, Secretary of the national co-operative body  the Irish Agricultural Organisation Society (IAOS), estimated the destruction of each creamery put 800 farmers out of business.

The importance of the co-operative movement to rural Ireland, as Condon recognised, lay in the historic contribution creameries made to agricultural development. The farmers’ co-operative movement emerged during the 1890s in response to several factors: competition from overseas dairying countries like Denmark; a rural society rapidly moving from landlordism to farmer proprietorship; and the emergence of new dairy technology.

Those who promoted the movement argued that farmers should own their business and means of production to stimulate rural prosperity. The co-operative structure placed creameries under the direct control of farmers who joined as members. The principle of ‘one member one vote’ meant each member received equal say in running that business.

Co-ops in the "golden vale"

Co-operators established a network of creameries, rural banks, and agricultural supply stores, creating a new economic infrastructure. Horace Plunkett founded the IAOS in 1894 to support the movement, whose backbone was formed by co-operative creameries. They were largely concentrated in the ‘Golden Vale’ area in Munster consisting of nutrition-rich pastures suitable for raising dairy cattle. As shown in the map, counties most affected by attacks on creameries during the War of Independence – Tipperary, Limerick, Cork, and Kerry – made up this region.

Throughout the First World War, co-operative creameries proved their worth to farmers as they stimulated food production. They allowed farmers to sell staples like butter and cheese in the British marketplace and share the profits brought about by state-guaranteed food prices. This prosperity proved short-lived.

The violence unleashed by the War of Independence possessed a decidedly economic dimension. Guerrilla warfare and reprisals saw the loss of life and widespread destruction of property. The targeting of co-operative creameries became a key tactic in the security forces’ war against the IRA. Creamery burnings punished the civilian population by destroying a cherished public utility in many rural communities.

Much as Republicans were involved in a high-stakes propaganda war against the British state during 1920 and 1921, co-operative leaders also embarked on a high-profile campaign to save the movement and shame the Government into accepting responsibility for outrages.

Writing in the Times on 7 September 1920, Plunkett stated he ‘would not drag the Irish Agricultural Co-operative Movement into the Anglo-Irish controversy at its acutest stage without compelling reasons’. However, he felt left with little choice as co-operative creameries were ‘specially marked out as objects of reprisal by the guardians of the law’. He demanded a public inquiry into the attacks alongside Government-backed assurances that injured creameries would receive compensation. The plea was ignored.

Ireland’s Chief Secretary, Harmar Greenwood, sidestepped parliamentary questions about the behaviour of police forces. Even when Greenwood conceded in November 1920 that Crown forces were involved in the destruction of Tubbercurry, he stopped short of criticism. Instead, he claimed ignorance ‘as to how far they were justified’ in taking such drastic action.

A plea for justice

George Russell, aka Æ, poet and editor of the Irish Homestead, published A Plea for Justice in December 1920 that also called for a public inquiry. He argued attacks on co-operative property revealed the intent to wreck ‘any enterprise in the neighbourhood … which would inflict widespread injury and hurt the interests of the greatest number of people’.

While the Government evaded blame, the sustained efforts of Plunkett and Æ bore fruit. The Manchester Guardian reported the breakdown of the rule of law with headlines like ‘The Burning of Irish Creameries’, ‘Outrages in Co. Kerry’ and ‘Blow to the Co-operative Movement: Farmers Punished for Work of IRA’.

British Labour piles on the pressure

The British Labour Party piled pressure on the Government when it sent an investigative commission to Ireland in November 1920 out of concern at the ‘degradation which the British people are now suffering in consequence of the [Government’s] policy of repression and coercion’.

The resultant report argued that security forces aimed to cause maximum economic damage and that ‘reprisals have been scientifically carried out’. Labour’s delegates even argued that creamery destruction increased IRA support and delegitimised British Government in Ireland.

A group of American citizens established the Irish White Cross (IWC) in early 1921 to raise and distribute funds to distressed individuals and businesses. A delegation arrived in Ireland that February and collected reports on fifty-seven affected creameries. They estimated that 15,000 farmers supplied these creameries.

When families were accounted for, this left around 60,000 people exposed to ‘acute distress and poverty’. The restoration of creameries remained ‘the most important of all the immediate relief needs’. A sum of £250,000 was required to bring the co-operative sector back to capacity. By August 1922 over £240,000 in IWC money had been issued to individuals and businesses victimised by Crown forces.

Ultimate responsibility for the movement’s preservation throughout 1920 and 1921 rested with co-operators themselves. A resilience built up through previous difficult decades ensured that most creameries were well-positioned to weather the aftermath of destruction.

The IAOS provided crucial support in these months as its employees placed themselves at risk to help affected societies. For example, Rathmore Co-operative Society in Kerry notified the IAOS of an attack that destroyed its shop and creamery on 12 May 1921. The IAOS despatched Nicholas O’Brien, who arrived ‘after much inconvenience and personal risk’ as taxis refused to transport him to the district. O’Brien assisted Rathmore’s management to arrange a temporary store trade until repairs could be made.

Similarly, Ballymacelligott Co-operative Society in Kerry lost its central creamery in a much-publicised attack in November 1920. One of the largest co-operative creameries in the region, Ballymacelligott possessed extensive capacity as it operated smaller auxiliary creameries. This allowed the society to continue trading in challenging circumstances. A £2,500 loan from the IWC stabilised the society, and crucially, the membership remained with the co-operative.

John Jones, Ballymacelligott Society’s President, wrote to Anderson that the ‘loyalty of the Society’s members is to be commended through all the harassing … their determination not to be beaten down was inspiring’, and that the IAOS’s support would ‘not be forgotten by the people of Ballymacelligott for many a day’.

Co-operative creameries like Achonry and Ballymacelligott were physically reduced to rubble. Yet, attacks strengthened the resolve of co-operatives to succeed and farmers recognised their livelihoods relied on these democratically-owned businesses. The Irish co-operative movement emerged from the independence struggle bruised. These experiences of 1920 and 1921 allowed co-operators to make an irresistible case that they deserved to make a key contribution to Ireland’s future economic development.

The contents of this article do not represent or reflect the views of RTÉ.

Dr Patrick Doyle is a Hallsworth Research Fellow based at the University of Manchester and his book Civilising Rural Ireland: the Co-operative Movement, Development and the Nation State, 1889–1939 was published by Manchester University Press in 2019.