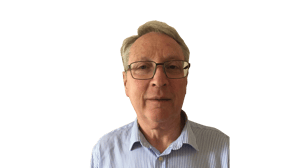 The munitions strike was the most significant, but not the only aspect of Labour support for the War of Independence. There were significant developments in other areas of the Labour world which included

By the beginning of 1919 trade unions exuded a new confidence.  They had secured major advances in wages and conditions, using the wartime industrial relations machinery introduced by the British government.  Similar measures were introduced  in France and Germany and provided a legal right to collective bargaining.

One group of workers who benefitted were Railwaymen, who secured an eight hour day In February 1919, in place of the twelve hour day which applied up to then. Union membership increased on foot of such gains, with the major beneficiary being the Irish Transport and General Workers Union (now part of SIPTU) whose membership increased from 5,000 in 1916 to 120,000 in 1920 before falling back to 100,000 in 1921.

When the Dáil assembled in January 1919 the Labour Party was less than seven years old. The party functioned as an adjunct to the trade union congress.  As a result of its decision to stand aside in the 1918 election, Labour had no TDs elected until 1922. In the local elections of January 1920 Labour fared well and won a little over 300 seats.  Labour coalesced with Sinn Féin to form the governing group on Dublin Corporation and elsewhere and in some rural areas, Labour and IRA membership overlapped.

Unions and the Dáil

The ITGWU leadership and the Dublin based ILP TUC leadership were very close to the Dáil counter state. These relationships were influenced by both personal and ideological affinities. ITGWU leaders such as Thomas Foran and William O' Brien had been interned in Frongoch. Tadhg Barry, an ITGWU official in Cork, was active in Sinn Féin and interned in Ballykinlar Co Down.

Another Cork IRA commander, Seán Moylan, was a carpenter by trade. When he had to lie low in Dublin, his first act in the capital  was to meet Tom Foran of the ITGWU who put him in contact with the Amalgamated Society of Woodworkers (and gave him a tip for a horse). Eamonn Price, secretary of the Irish Local Government Officials’ Union (now part of FÓRSA ) handed in his notice to the union in July 1920 order take up duties as  IRA director of Organisation.

In 1919 the Supreme Council of the IRB established a body known as the Labour board. A typical description of its work can be found in the Military Service pension application of Thomas Maguire. The board had the objective of breaking the dominance of British based unions.  It consisted of a tight knit group of Dublin activists.

A process to establish independent Irish unions had already begun with the creation of an Irish barman’s union INUVGATA (now part of MANDATE) in 1917. Paddy Moran, an IRA man, was union president, and was executed in date for his alleged involvement in the shooting of British officers on Bloody Sunday.  The main achievement of the labour board was the establishment of a single Irish Engineering union, the IEFSTU (now part of CONNECT).

This was achieved with the assistance of a loan from Dáil Éireann. In a countervailing move, Unionist teachers in Ulster were dissatisfied by the political orientation of the INTO and in 1920 established the Ulster Teachers’ Union.

The Munitions strike was the culmination of a number of episodes of industrial action in support of the independence struggle. The first one was the anti-conscription strike of April 23rd 1918. A united campaign against conscription had been declared at the Mansion House in Dublin on April 18th, involving Sinn Féin, the Home Rule party and the unions with the  backing of the Catholic Church. Five days later the country came to a standstill outside of East Ulster. The success of the strike was a key factor in the British Government drawing back from imposing conscription on Ireland.

In April 1919 the British military authorities imposed a system of permits for access to Limerick city.  This required many of the city’s workers to pass through a military cordon twice a day.  The  trades council responded by calling a general strike and  took over the running of the city for ten days, taking control of food supplies and printing its own currency.

The strike attracted widespread international media attention and the strike committee was called the Limerick Soviet by visiting journalists. The dispute finished when the British withdrew the requirement for permits.

A less successful dispute took place between December 1919 and February 1920 over the issue of car drivers being required to display permits. This was known as the motor permits strike which ended in failure dressed up as a compromise.  It exposed tensions between the unions involved and led to the winding up of the automobile drivers union.

A strike took place on 13th and 14th  April 1920 in support of the release of prisoners who were on  hunger strikes.  The strike mirrored the anti-conscription general strike success of 1918 and resulted in the British authorities capitulating and releasing the prisoners concerned.  It was described by the Irish Times as 'a great victory for Sinn Féin and Labour’.

The last, least well known and least successful of these stoppages was  the anti-militarism strike of April 1922.  This got 75,000 people on the streets in a vain attempt to halt the drift to civil war.

During this period, British Labour was placed in an ambiguous position by the evolving situation in Ireland.  In July 1920 following inflammatory speeches at twelfth celebrations, a series of attacks were launched in the greater Belfast area on Catholics and on Protestants holding socialist opinions - known colloquially by their attackers as ‘rotten prods’.

The unions were powerless in the face of these attacks and their appeals for tolerance and workers’ solidarity fell on deaf ears.  The Amalgamated Society of Woodworkers expelled a substantial proportion of their Belfast membership for refusing to work with members of the union who had been expelled from their workplaces.

In November 1920 the British  Labour Party established a commission on Ireland.  The Commission visited a number of places, arriving in Cork shortly after the city had been burned down by British forces. Their report was a scathing indictment of British Government policy on Ireland, and was endorsed by a special congress of the TUC on 31st December.  Following this, the British Labour Party came out in favour of Irish self-determination.

In the South and West British unions faced different tensions as their members lent support to the independence struggle in various ways.  At least two British unions, the Electrical Trade Union and the locomotive union ASLEF, balloted their British membership for strike action over British government policy in Ireland. The strike proposal was rejected in each case.

In the case of ASLEF, the strike threat followed on the Mallow shootings where four railway workers were killed in an attack by the RIC on Mallow station in January 1921.  James Thomas MP, general secretary of the NUR, clashed in the House of Commons with Hamar Greenwood when he sought explanations for the incident.

A number of factory occupations took place during this period, generally aimed at extracting concessions from employers. These actions were often called soviets, a word which was devoid  of later associations with oppression and Totalitarianism.

Though primarily triggered by wage grievances, Irish soviets were also partially inspired by the radical trend in Continental Europe: where workplace occupations were common.  However, as Pádraig Yeates has observed, Irish Unions were generally  in the business of defending members’ pay and conditions, not seizing state power.

Looking to the future

The wartime boom collapsed in late 1920 and British employers soon began to roll back Labour’s wartime gains.  This move was delayed in Ireland due to the weakness or absence of state power in most parts of the country.  The period 1919 to 1921 began on an upbeat note for unions as they surveyed their wartime gains.  The evolution of the war of independence saw the eclipse of industrial relations.

With the truce came new challenges.  When would the employers counter attack migrate across the Irish Sea?  How would the new Irish government deal with its employees and their unions? And how would collective bargaining work in industries which would cross the new border?

The contents of this article do not represent or reflect the views of RTÉ. 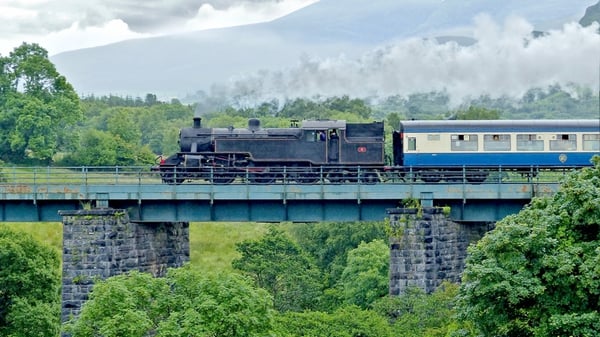 See the effect of the 1920 Munitions Strike