The development of the railway network in Ireland in the second half of the nineteenth century was central to the process of post-Famine modernisation. In 1848 there was just 360 miles of track but by 1920 passengers, goods and mail travelled across 2,049 miles of arterial and subsidiary lines. Branching out from Dublin to Cork, Belfast and Galway initially, and later to smaller towns and villages, the railway lines widened markets, broadened horizons and brought the communications revolution to the heart of the rural Ireland.

Mail trains were a lucrative target for intelligence-gathering by the IRA during the War of Independence. By October 1920, the Irish Times reported that 'trains are held up a dozen times a week; mail bags are stolen and rifled; telegraph and telephone wire are cut.' The intelligence war had developed in 1920 parallel to increasing levels of IRA insurgency, but a seven-month civil action by Irish rail workers proved just as disruptive to the British military campaign in Ireland.

During the so-called 'Munitions of War Strike' of May to December 1920, railwaymen refused to operate trains carrying munitions of war or armed military personnel. It was an 'unusual kind of strike,' said Labour Party leader Thomas Johnson, 'perhaps unique, inasmuch as there was concerted action on the part of a large number of persons, acting individually'. The rail embargo was also unique in its duration and its obvious political objectives. It was matched only in the latter category by the two-day strike in April 1920 that hastened the release of hunger striking prisoners in Mountjoy. 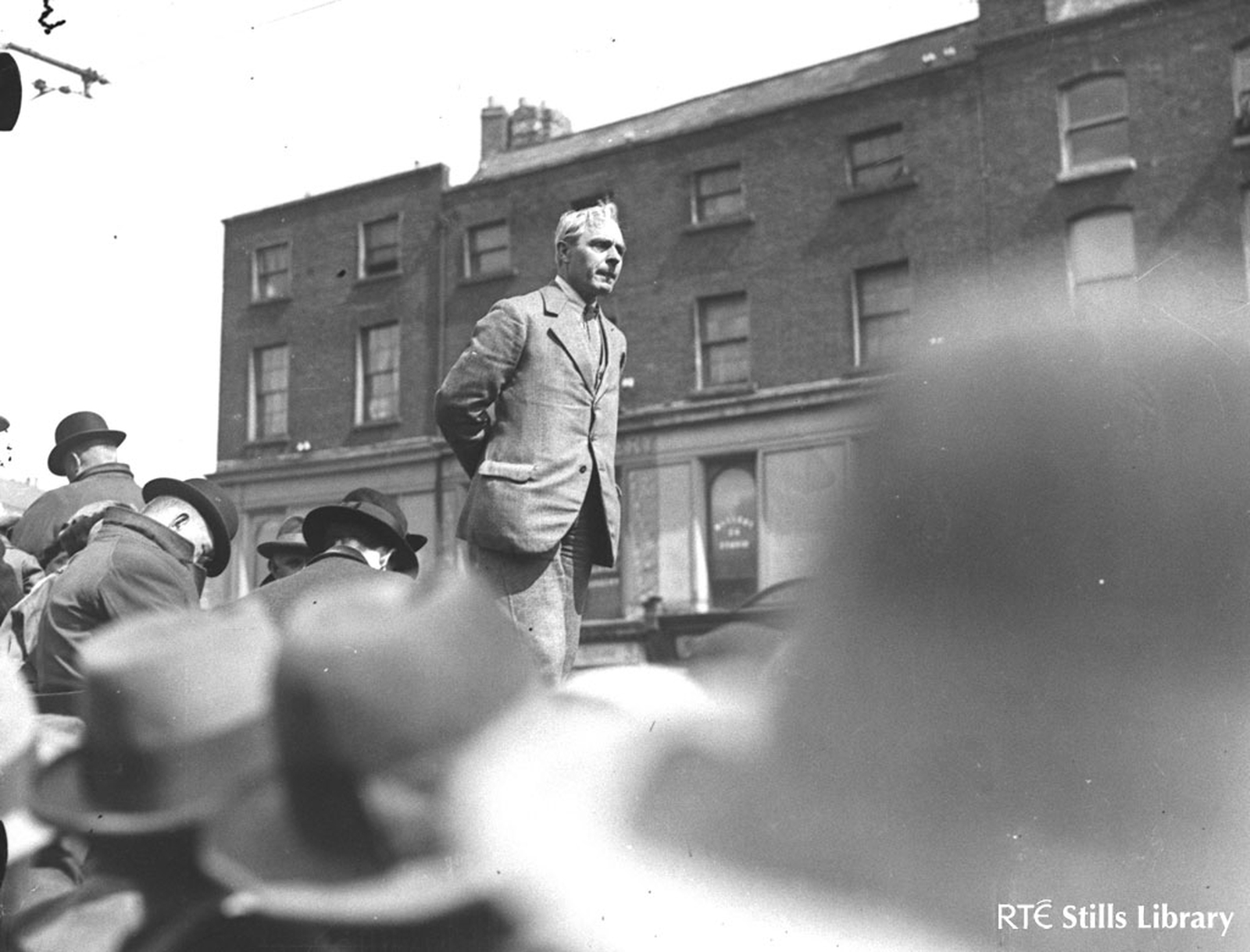 The munitions strike found impetus in the action by London dock workers in May 1920. In what became known as the 'Hands off Russia' campaign, the British-based National Union of Railwaymen (NUR) directed members not to handle any material intended to assist the Polish campaign against the new Bolshevik state. Dublin dockers of the ITGWU followed suit by refusing to engage in what Johnson called the 'morally indefensible work' of handling 'munitions of war for the slaughter of their fellow-countrymen.' Prompted by the initiative of Dublin dock workers, Irish railwaymen refused to transport military cargoes or armed members of the Crown forces.

The action spread from Dublin to the provinces and by early July 1920 the press was reporting widespread dislocation of the rail system. The Midland Great Western Railway company had suspended trains on the Loughrea and Clifden branches and the service between Dublin and Galway was interrupted on the down line at Athenry, effectively isolating much of the west. When only two deliveries of mail arrived in Listowel over five days to the 1 July, the Liberator described how 'totally cut off' the town had become: 'To post a letter you must travel by car to Tralee, 15 miles away' - and very few people had cars.

Under pressure from the government, which threatened to withdraw their subsidies, the state-owned Irish railway companies responded to the strike by imposing a policy of widespread dismissals. In mid-July, for example, a four-day stalemate between rail employees and Crown forces at Kingsbridge led to the dismissal of some thirty drivers, firemen and shunters.

Several smaller lines were forced to close in August. In the same month, the Chief Secretary Sir Hamar Greenwood reported to cabinet that between 900 and 1,000 railwaymen had been dismissed. The military reacted by refusing to disembark from the stalled trains, causing a series of deadlocks across Ireland's railway network. This response, which began on an ad hoc basis, became the official policy in early July by which point, according to General Macready, the boycott had proved 'a serious set-back for military activities during the best season of the year'.

As the munitions embargo continued into the autumn and winter, passenger services in large areas of Ireland virtually ceased. In October some 500 miles of Ireland's railways were out of action and many of the surviving services had been curtailed. 'The delivery of even the most important letters,' said the Irish Times, 'has become a game of chance'.

As well as hampering the British war effort, the action was having a negative impact on trade and commerce. Anticipating food shortages as early as June, the Committee of the Dublin Corporation on the Food Supply issued a public appeal to shopkeepers and wholesale merchants to 'stock a large supply of all kinds of non-perishable food' and warned that 'profiteering by merchants, shop keepers or others will be sternly dealt with. Sinn Féin letter signed by Padraig Ó Caoimh, Secretary, in June 1920 praising the North Wall Railwaymen, Dublin for their financial contributions and calling on other branches to follow their lead. Image courtesy of the National Library of Ireland

Disappointed in the hope of support from the British-based NUR, the Irish trade union movement stepped in. Handbills and posters appealed for funds for the men who had risked their livelihoods on behalf of the nation. During the six months that followed, the Trade Union Congress collected almost £120,000 to assist the striking workers.

The list of subscribers published in the Freeman's Journal on 3 August indicates the broad support for the rail workers: Sinn Féin clubs from Dublin to Killaloe subscribed amounts up to £93; countrywide branches of the ITGWU supported the rail workers and money came in from unions of porters, printers, bootmakers, tailors, silk weavers and even the National League of the Blind.

A chapel gate collection at Clonbroney, Co. Longford, yielded £7 and the proceeds of a raffle and dance at Balllyhaunis amounted to £23.

The government predictably claimed that the action by the railwaymen was imposed on them by 'republican terrorism', providing as evidence a notice from the 'Ministry of War' of the 'Government of the Irish Republic' allegedly sent to railwaymen all over Ireland: 'Acting under instructions, you are hereby notified that after this date you are forbidden to drive any train or assist in any way the transport of armed forces of the British Government.'

While the Irish Labour Party and the Trades Union Congress denounced the notice as a forgery and reiterated that railwaymen dictated their own policy, there is little doubt that their strike action was bolstered by armed IRA actions. Engine drivers who took the place of dismissed men were arrested and fined. There were also reports of intimidation against those who refused to patriciate in the embargo. Signalmen in Dundalk were forced at gunpoint to sign a declaration refusing to work trains carrying troops or munitions. 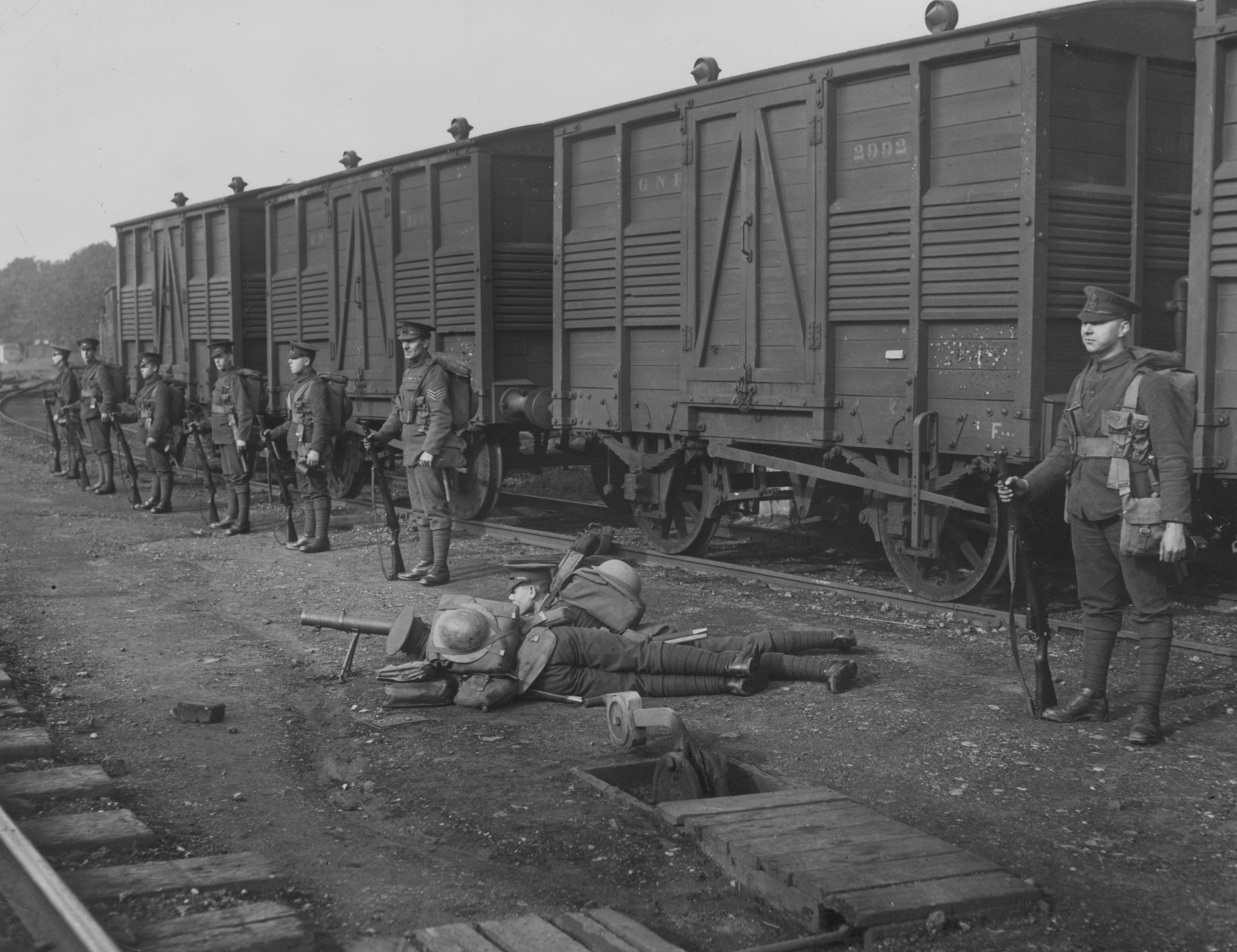 Writing to the Chief Secretary on 20 July 1920, the Chairman of the Great Northern Railway expressed his outrage that a driver had been tarred and feathered. The story finds support in the Bureau of Military History statement provided by IRA Volunteer John McAnarney:

Whilst in Clones I took part in a few raids for poteen and I also took part in the kidnapping of Railway men who had disobeyed a GHQ order not to take part in the moving of British troops or munitions on the Railway … On my return to Armagh we kidnapped a Railway man named Stutt. This man's record for disobeying GHQ orders was bad as he got several cautions before we were forced to kidnap him. He was tarred and feathered as a punishment.

McAnarney's story is an extreme example of republican intimidation, but as historian Charles Townshend points out, 'without such pressure it is unlikely that the embargo would have been so comprehensive - or, indeed, that the Munitions of War Fund would have been so effective.'

By November 1920, hundreds of miles of track had been closed, over 15,000 railwaymen were out of work, and the government was threatening to close the entire railway system. An action, according to an official statement from the Midland Great Western Railway company, which 'would involve the dire prospect of starvation for both town and country.'

The unionist Irish Times derided the 'all too zealous patriotism' of the railwaymen and even the prominent nationalist press urged cessation of the action. While 'a withdrawal would be an apparent defeat for the men', said the Freeman's Journal, 'to persist would be an actual victory for the government'.

In response to hardening moderate opinion, the leadership of the Irish Labour Party & Trade Union Congress announced an All-Ireland Labour Conference for 16 November 1920. Soon afterwards the National Executive advised the striking men to return to work.

The loyalist Skibbereen Eagle responded with patronising sympathy for the railwaymen who had been 'played upon by clever fellows', and distain for the nationalist press, which initially encouraged the rail strike, and 'now beckon, the deluded engine driver or guard off his patriotic pedestal'.

Just over a week after the declaration of martial law in the south west, a railwaymen's conference at the Mansion House voted unanimously for an unconditional return to work. Contrary to the assessment by the Skibbereen Eagle, the action by the rail workers and the Dublin dockers was a conscious and highly effective form of civil resistance, which seriously hampered the British military campaign in Ireland and, as Sir Hamar Greenwood was forced to admit, put the Irish administration in 'a humiliating and discredited position'.

A Two Minute Guide to the First Dáil