on Easter Monday, 5 April 1920, thirty-six Irish Volunteer prisoners in Mountjoy pledged 'not to eat food or drink anything except water until all here have been given prisoner-of-war treatment or are released.'
Joined by others in the days that followed, the Irish Independent reported that by 10 April the number participating had climbed to 101 - the largest scale on which this form of protest had ever been attempted.

Massive public protests ensued at the prison – along with a workers' strike - and the British authorities released 100 prisoners. 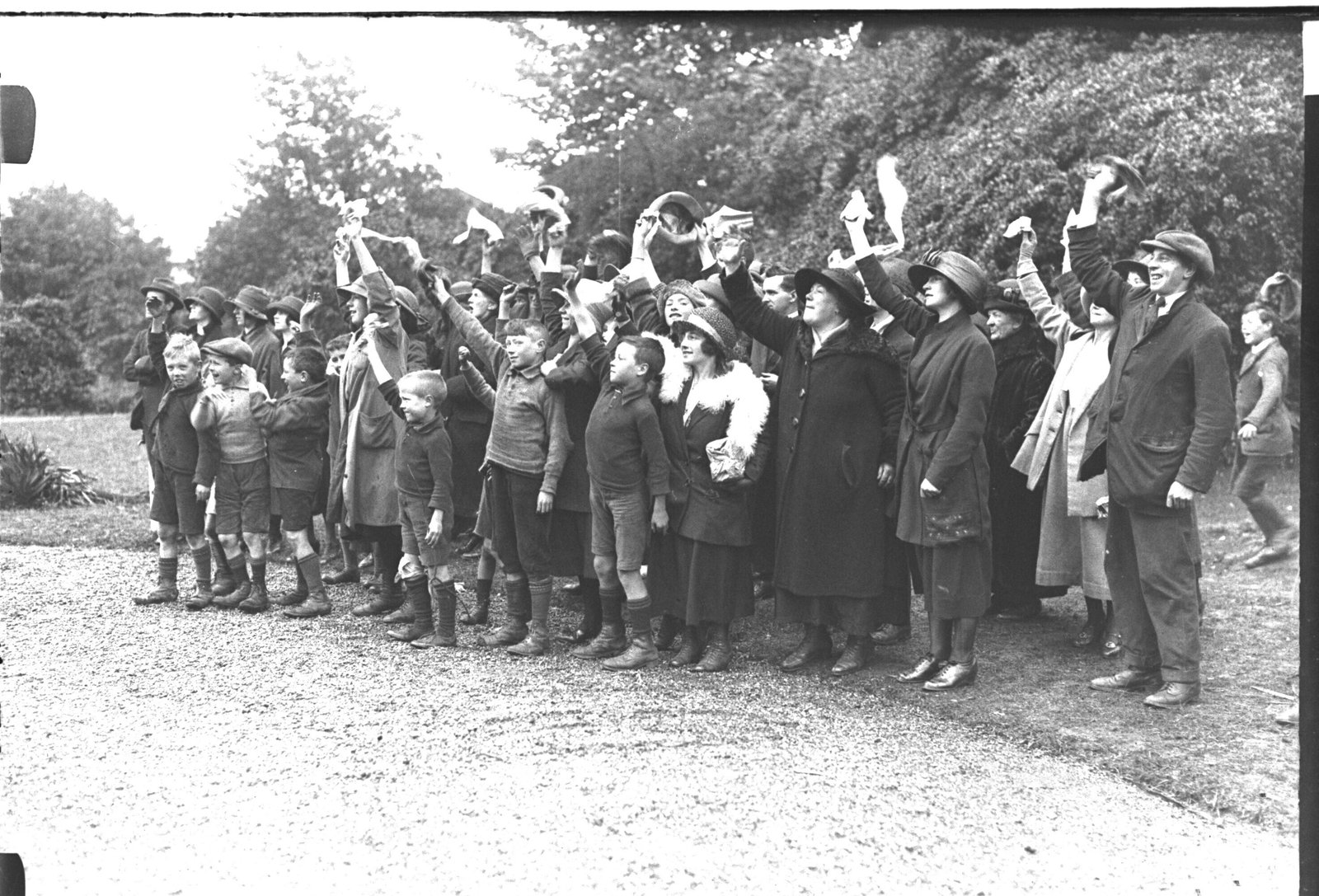 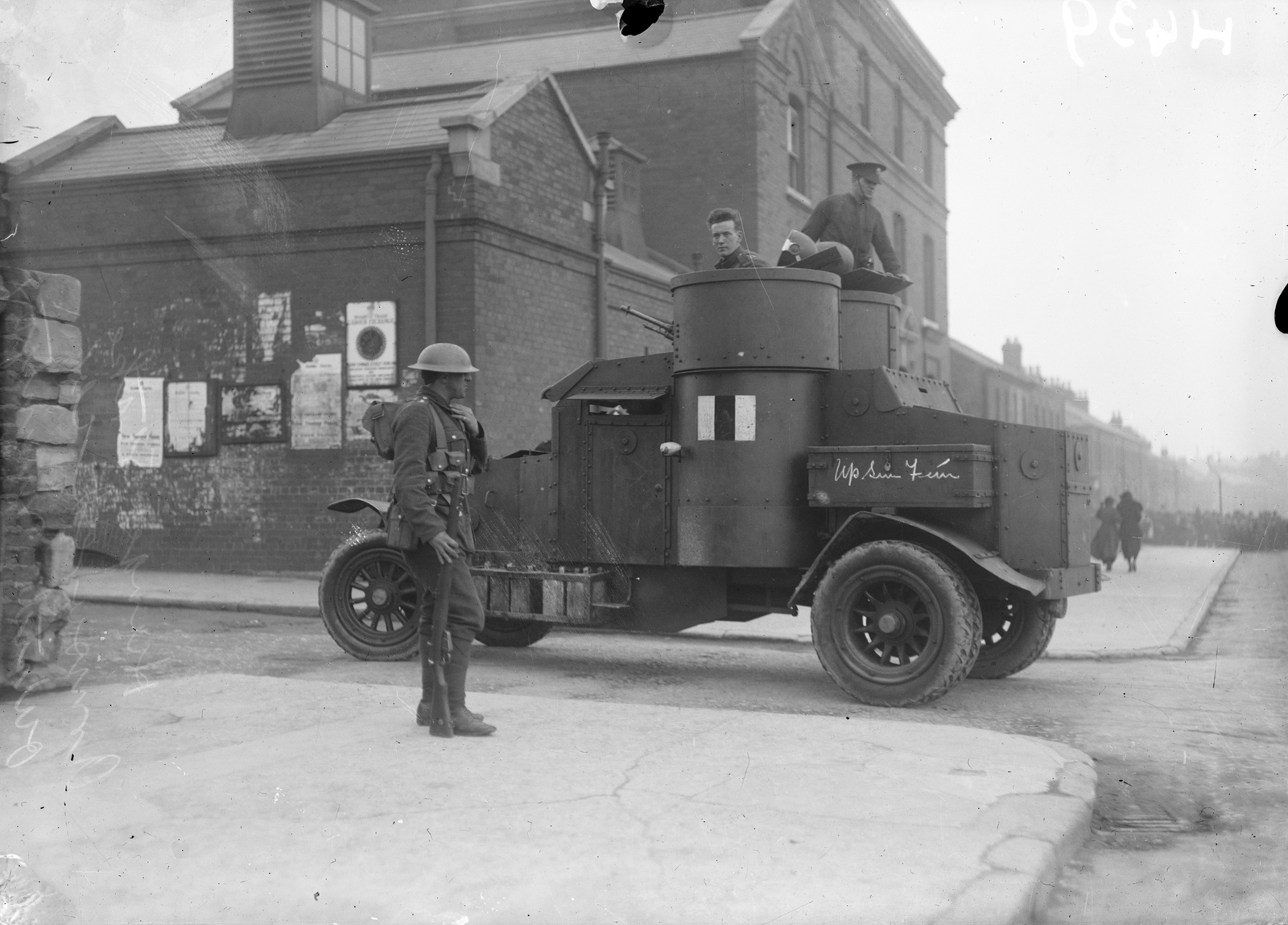 Armoured car at Mountjoy Prison, Dublin, on April 12th 1920, during republican hunger strike protests. Someone has cheekily chalked "Up Sinn Féin" on the side. 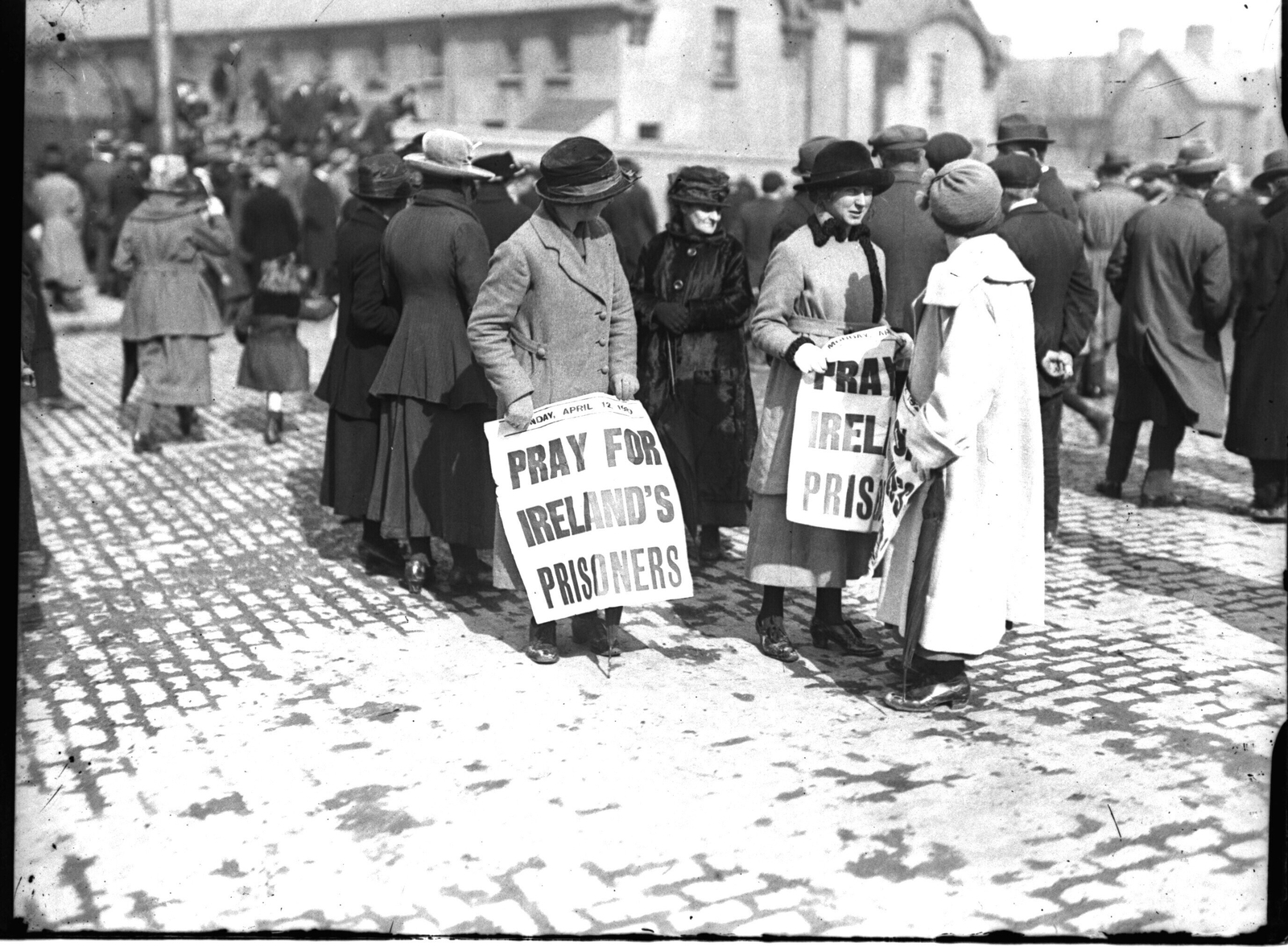 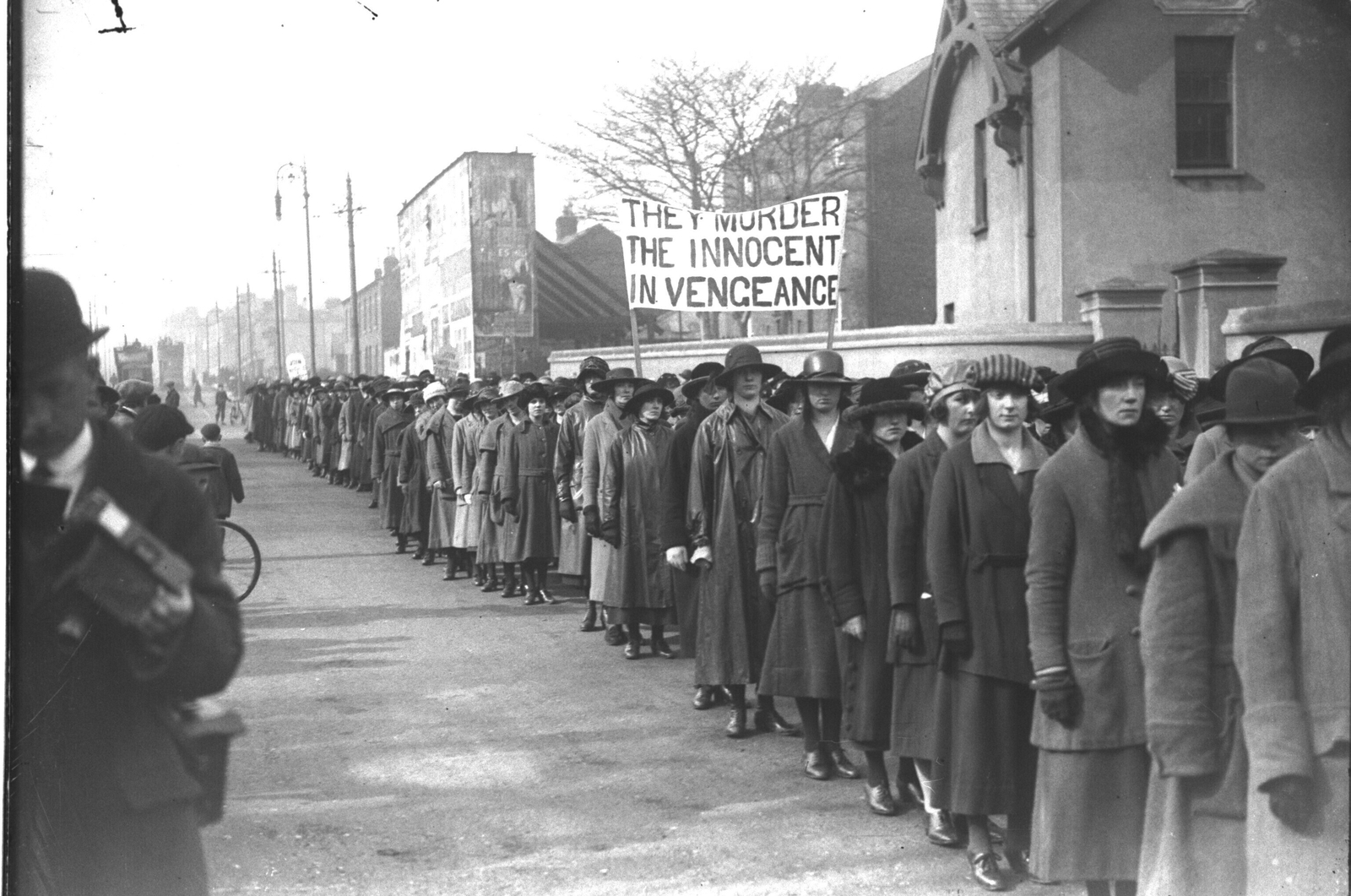 Women protesting outside Mountjoy Jail, Dublin in 1920. The women are wearing various hats in fashion. Note a photographer with a camera to the left of shot. 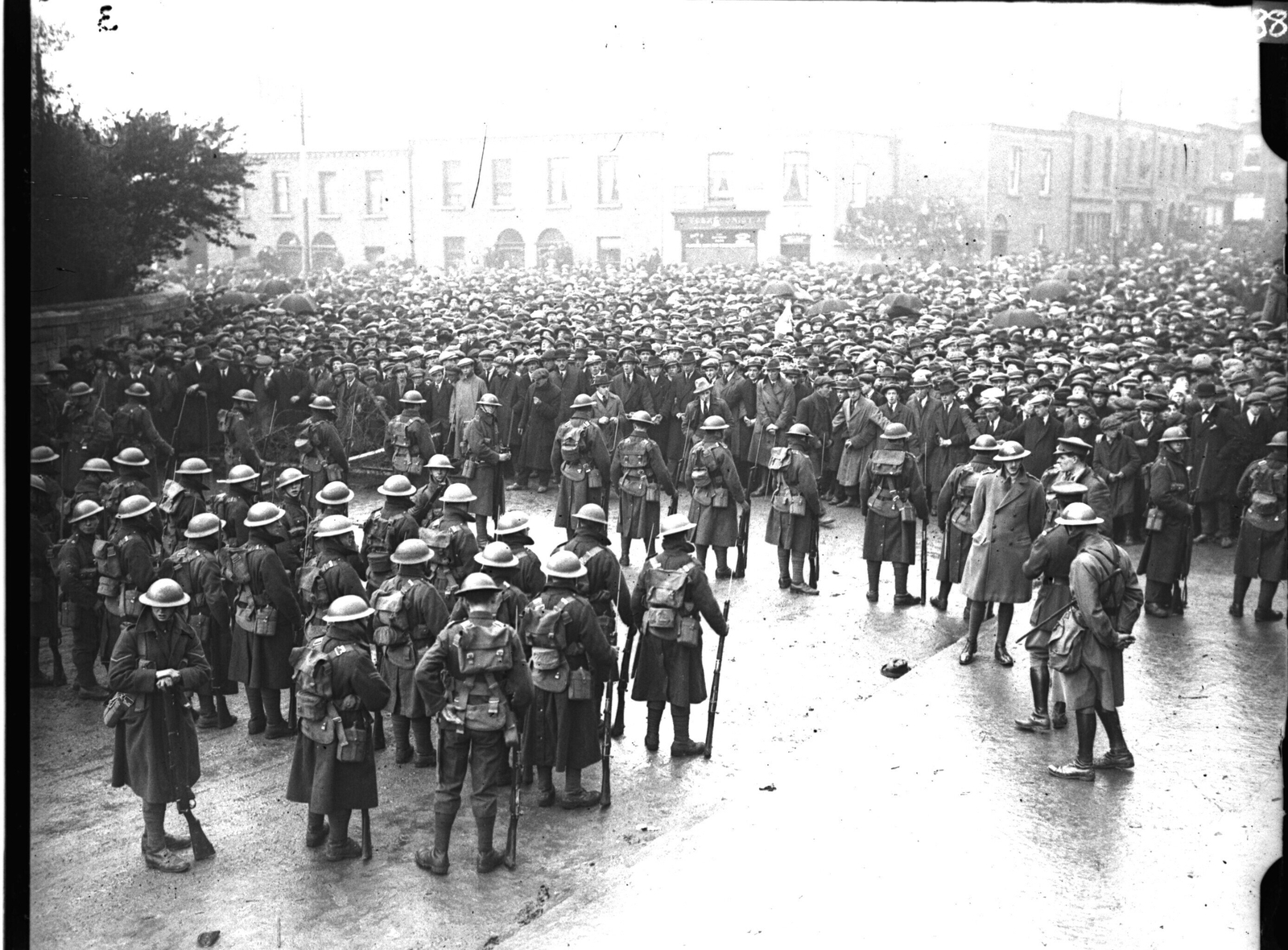 British soldiers facing a crowd of people outside Mountjoy Jail, Dublin, in 1920. The area is cordoned off by a line of soldiers holding back the crowds. There appears to be a tobacconist shop (centre building) in the background. 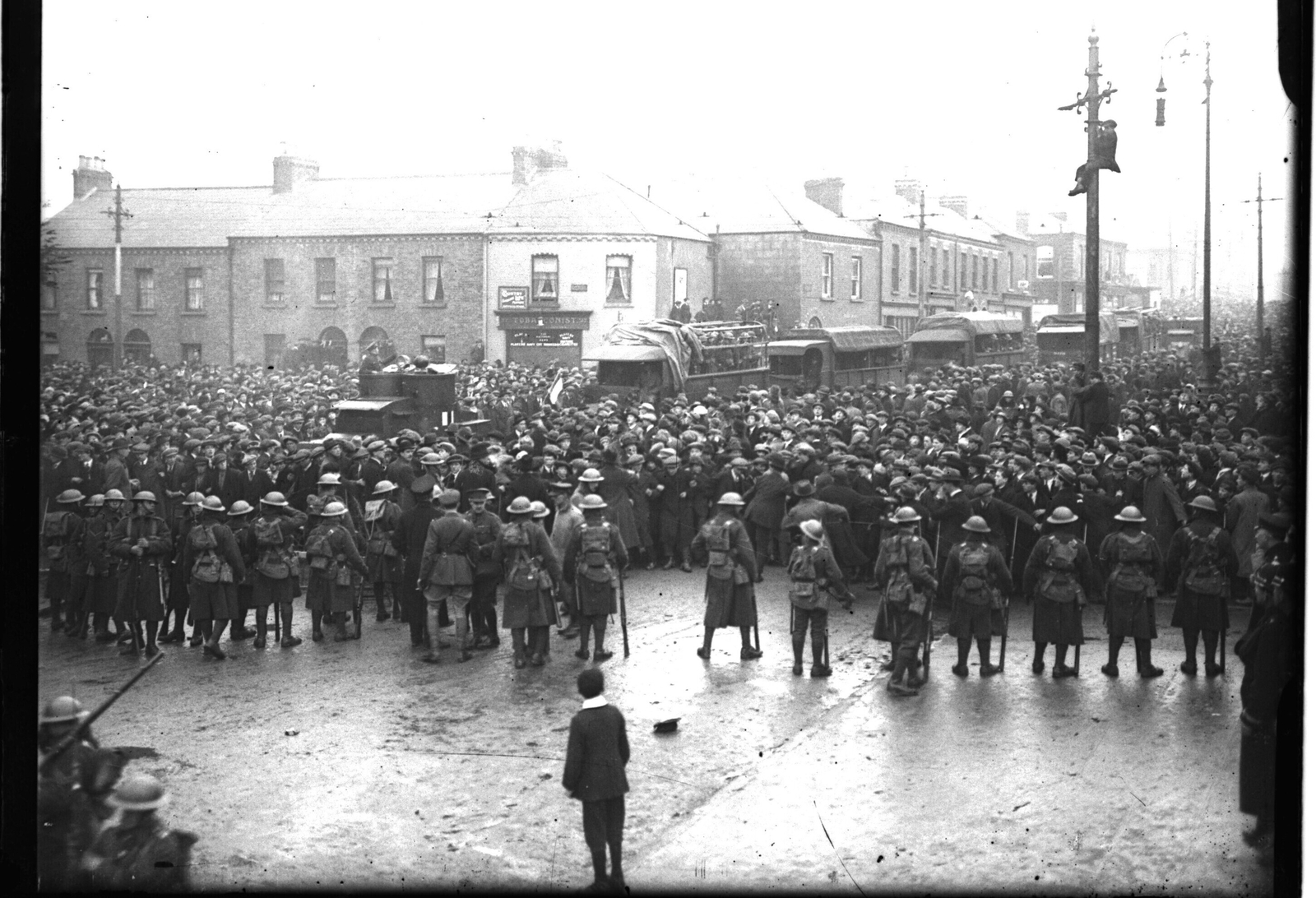 The British Army using heavy armour to bring convoys into Mountjoy Jail, in 1920. 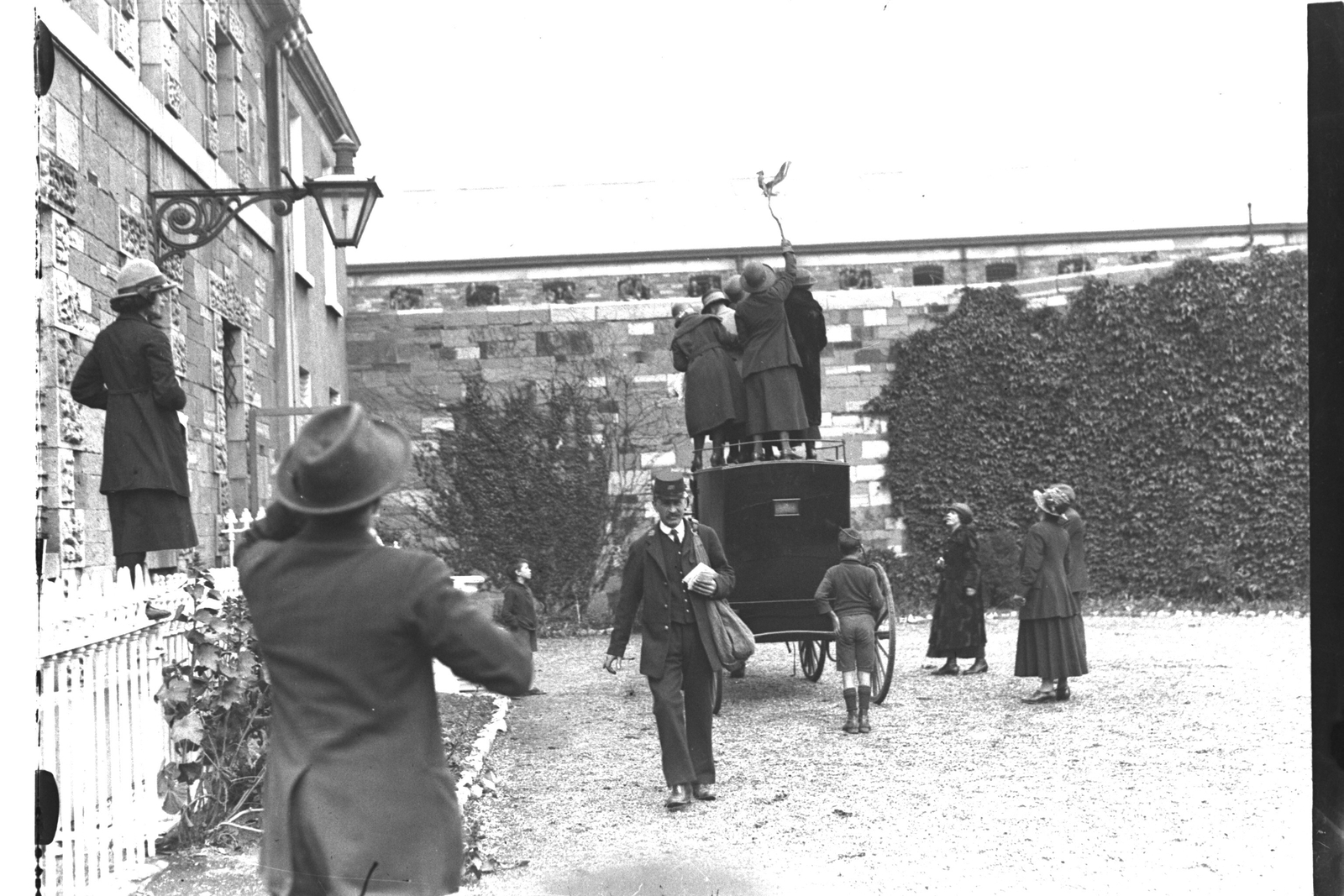 Women stand on the roof of a car parked in front of Mountjoy Jail, Dublin, in 1920. They are waving their greetings to Sinn Féin prisoners in attempt to keep morale high. Also in the shot is a postman delivering letters. 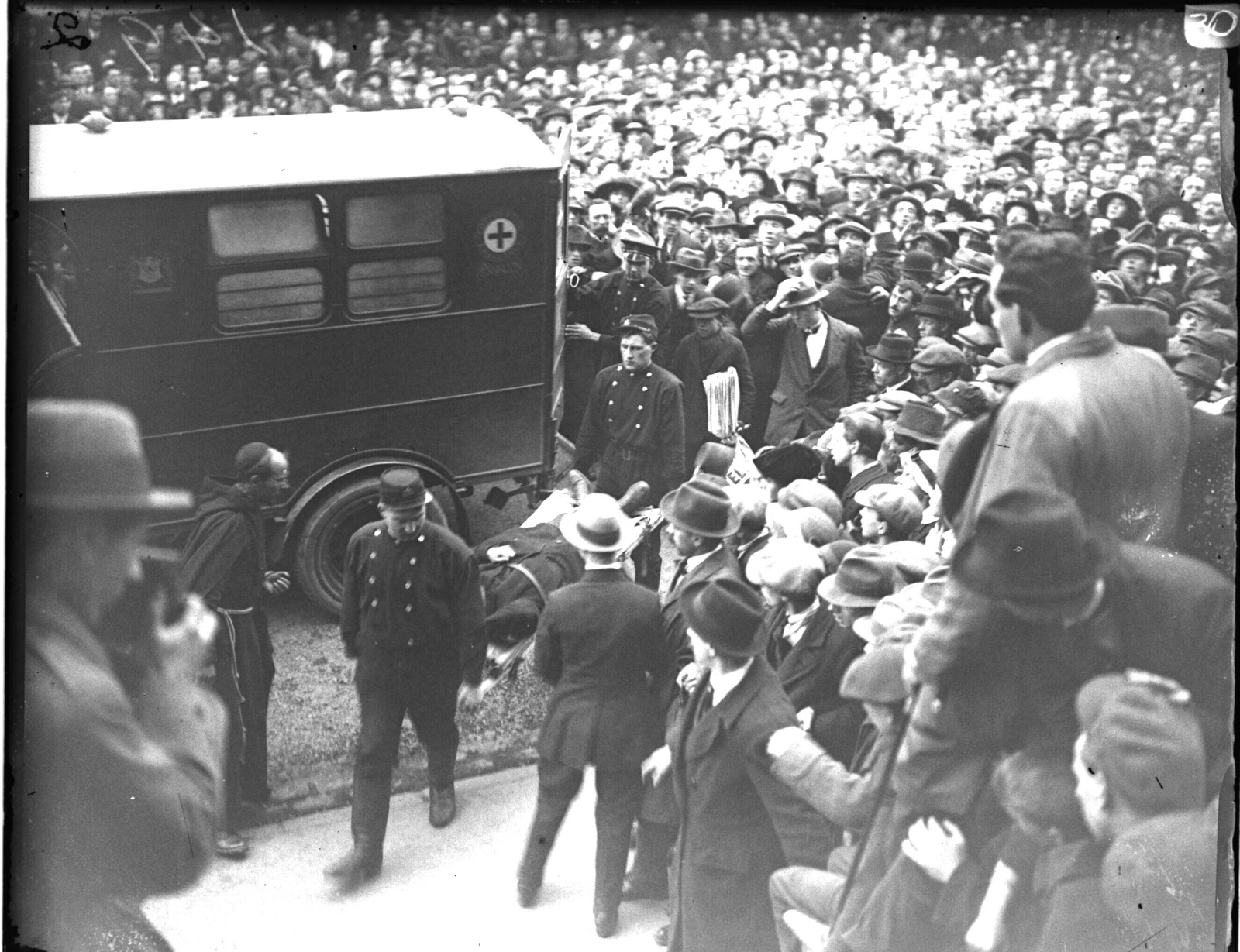 A hunger striker is moved from Mountjoy Jail to the Mater Hospital, Dublin 1920. He is being carried from an ambulance on a stretcher. Father Albert Bibby from Church Street is on the left of shot. 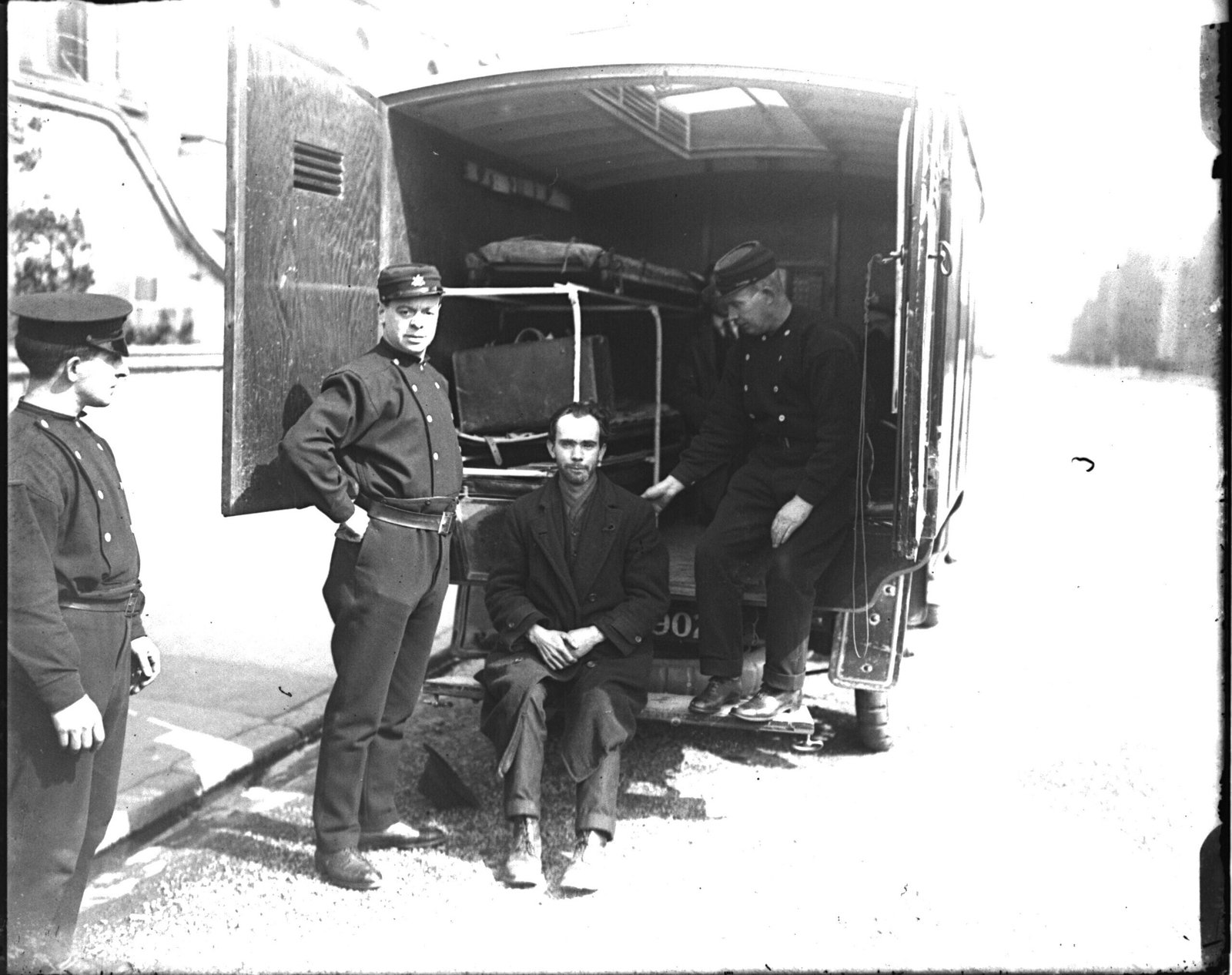 A hunger striker is transferred from Mountjoy to the Mater Hospital 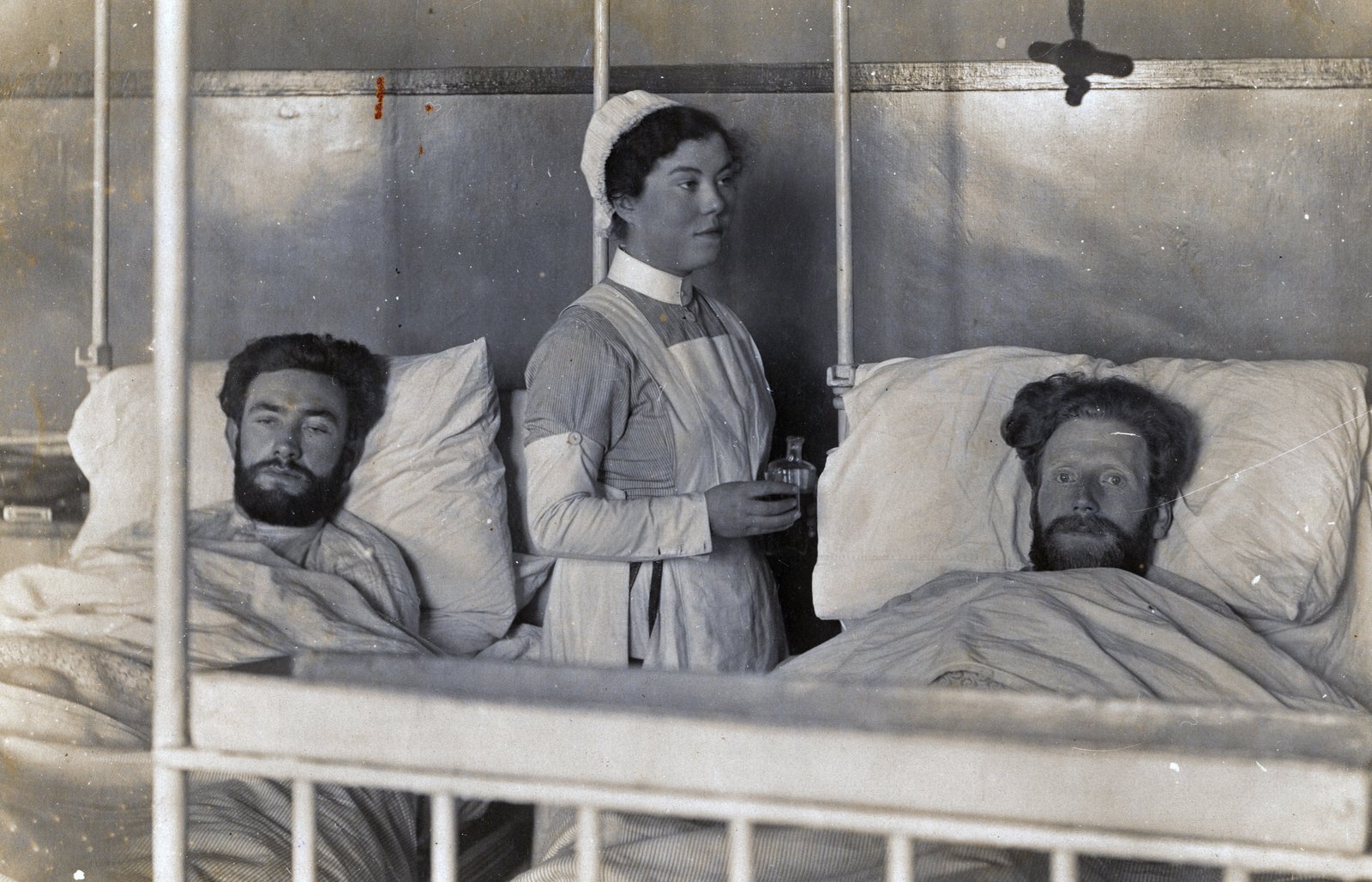 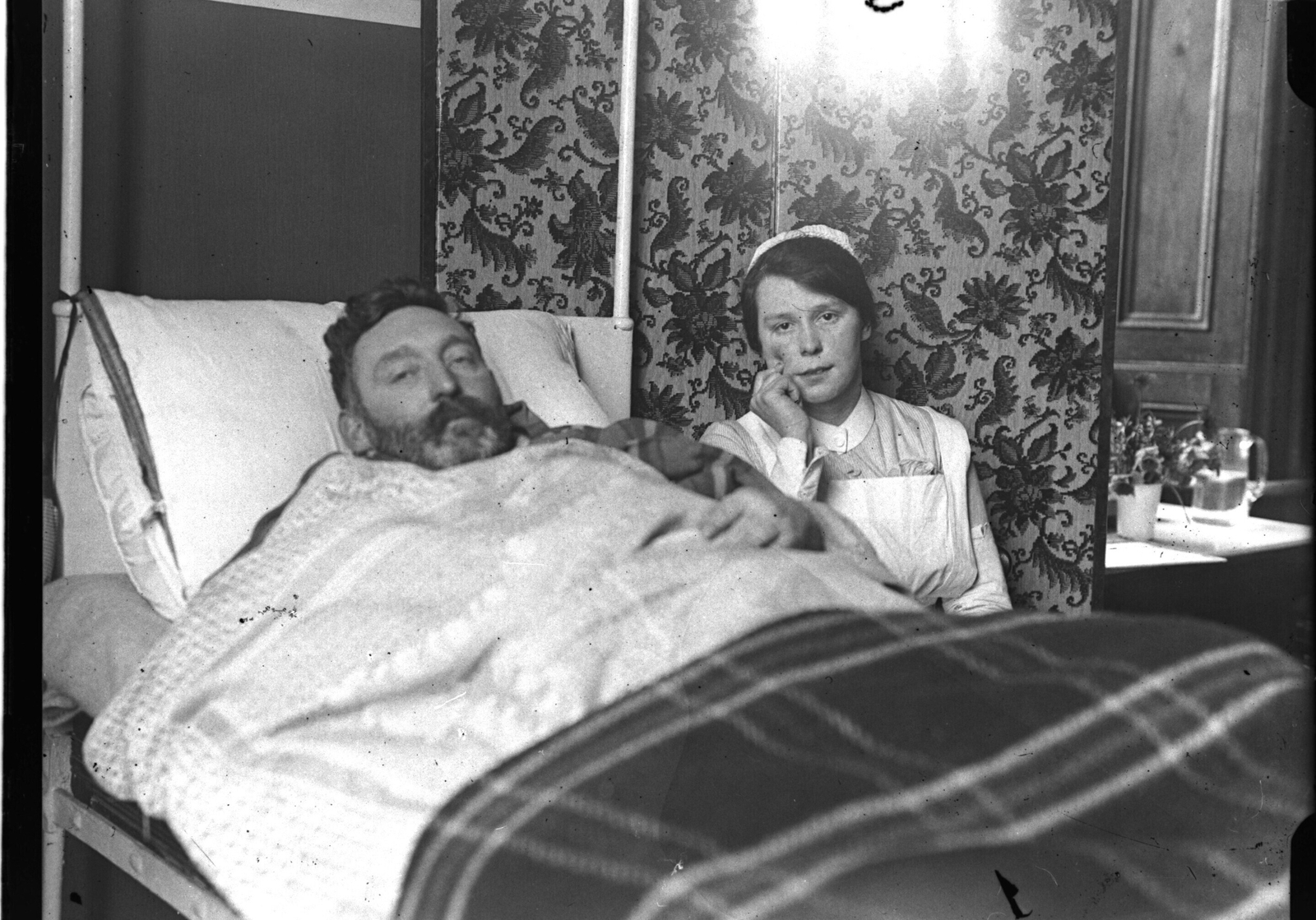 Phil Shanahan on hunger strike (lying) and a nurse, the Mater Hospital, Dublin 1920. Shanahan fought during the Easter Rising 1916 and was elected as a Sinn Féin Member of Parliament in 1918. He ran a safe house on Talbot Street for the Irish Republican Army (IRA) during the War of Independence.