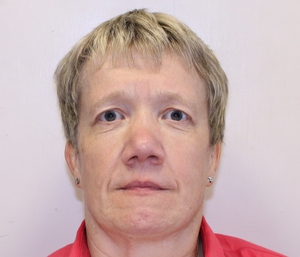 The Distress Papers held in the National Archives offer an incredible insight into the reality of life in Ireland during the Famine. Archivist Elizabeth McEvoy explains what the collection contains, and why it's so important

Given the sheer scale of the Great Famine and its impact on so many facets of Irish society from 1845 to 1852, it is perhaps not surprising to learn that it also imposed a severe strain on the administration of the time. Many of the government agencies tasked with alleviating mass starvation and disease – among them the Chief Secretary's Office, the Poor Law Commission, the Relief Commission and the Office of Public Works (OPW) – were directly affected by the huge demands placed on their resources.

We need look no further for evidence of this administrative pressure than the enormous quantity of records generated by these bodies in their efforts to improve living conditions for the starving and destitute poor, records which are held in the National Archives, Ireland.

Such was the volume of letters, reports and petitions (often referred to in Famine-era correspondence as 'memorials’) to the Chief Secretary requesting funds and assistance, that the authorities in Dublin Castle deemed it necessary to give separate treatment to incoming papers relating to distress.

Thus came into being the Distress Papers. These were a distinct sub-series to the Chief Secretary’s Office Registered Papers (CSORP) which were begun in March 1846 in an attempt to manage the avalanche of pleas for aid, many of which came from the west and south of the country, regions which were being ravaged by the Famine.

But before delving into the Distress Papers themselves, let’s take a look at their origins and see where they fit into the overall hierarchy of Irish government bureaucracy in the mid 19th century.

History of the Distress Papers

Despite the abolition of the Dublin parliament following the Act of Union in 1800, Ireland retained its own executive government, an anomaly which emphasised ‘Ireland’s incomplete integration into the enlarged United Kingdom’.

The Irish executive was led by the Lord Lieutenant or Viceroy, the king’s representative in Ireland. His immediate subordinate was the Chief Secretary who headed an office based in Dublin Castle which was managed by his subordinate, the Under Secretary.

In the years after 1800, the power dynamic between the Lord Lieutenant and Chief Secretary was altered fundamentally and by 1818, it was the Chief Secretary who became the de facto political head of the Irish administration, exercising real influence in Irish affairs as a participating member of the British government.

While much of the routine business of governance was carried out by the Under Secretary, the many and varied responsibilities of the Chief Secretary generated incoming correspondence which became known as the ‘Registered Papers’.

These are one of the most valuable collections of original source material for research into Ireland in the 19th and early 20th centuries and a selection of records for the years 1818 to 1852 can be searched and viewed here.

As time went on, the structure of the CSORP grew more complex and came to be divided into more manageable sub-series such as the ‘Outrage Papers’, the ‘1st Division’ and ‘2nd Division’ papers and in direct response to the Famine, the Distress Papers.

The entire CSORP collection was held in the State Paper Office in Dublin Castle until the transfer in the early 1990s of its contents to the recently-established National Archives in the former Jacob’s biscuit factory in nearby Bishop Street.

Content of the Distress Papers and how to consult them

So, what is actually contained in the Distress Papers sub-series? Their content tends to be routine for the period and includes the following document types:

As mentioned earlier, the Distress Papers became a sub-series under the umbrella of the CSORP collection, such was the avalanche of correspondence received in Dublin Castle imploring that action be taken to improve the horrific living conditions in areas worst affected by the Famine.

Registered numbers given to all incoming papers relating to measures to mitigate the catastrophic situation in certain parts of the country, were allocated independently of the main series.

In addition, the letter D was used as an alphabetical prefix to all of the reference numbers and unlike the main series of registered papers, the Distress Papers were not registered in the conventional sense of the word but rather, were indexed separately in four volumes (CSO CR 70, 71, 77 and 78).

These indexes covering the years 1846 and 1847 can be consulted in the Reading Room of the National Archives, in advance of ordering up the Distress Papers for consultation themselves.

The stories behind the statistics

The Distress Papers are invaluable in helping us to better understand the Famine’s impact on Ireland’s people and landscape and the reasons for the cataclysmic changes wrought in Irish society in less than a decade.

The Famine and its consequences permanently changed the island's political and cultural landscape, resulting in over one million deaths and the emigration of an estimated two million people. It was the catalyst for a century-long demographic decline, with Ireland’s population falling by 20–25% due to death and emigration.

The Distress Papers can be used for comparative analysis as they illustrate how uneven the Famine’s impact was felt around the country and they are a key resource for those studying the progress and impact of the Famine in particular geographical areas.

They tell of the different Famine experiences of the eastern and midland counties which were less badly affected than those in the west and south which reported calamitous death tolls and the decimation of many rural communities.

The Papers also tell us the stories of the people behind the grim statistics. They give a voice to the dying and the poor whose lot it often was to remain invisible or voiceless in official records. Behind the sometimes dry language and bureaucratic style of writing to be found in the Distress Papers lies all too real human suffering and tragedy.

The Distress Papers, in common with those of the Famine Relief Commission, the Poor Law Commission, the Chief Secretary’s Office and the OPW, provide a variety of perspectives on the Great Famine. They enable an analysis both of the extent of distress and of government response at local level, as well as the degree to which prevailing philosophies of government and economics had an impact on the administration of relief.

On another and no less important level, the searing first-hand accounts of privation and destitution to be found in many of the Distress Papers place the human experience of the Famine centre-stage and in doing so, they ensure that the voices of its victims continue to resonate to the present day.

Elizabeth McEvoy is Archivist in the National Archives with responsibility for Education & Outreach.