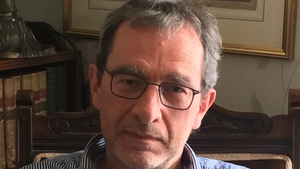 Contrary to the often-repeated claim that the years of the Great Famine were 'conspicuous for their tranquillity rather than their turbulence', the late 1840s sustained the most intense period of food protest in Irish history.

This is consistent with the historical pattern of ‘food rioting’, which, from intermittent beginnings in the seventeenth century, achieved greatest visibility in the eighteenth at moments of famine and subsistence crisis.

In keeping with the trend of comparable protest in Great Britain, the number of such occurrences decreased in the 1820s and 1830s. But the rise registered in the early 1840s, when the country experienced serious economic difficulties, demonstrated that the combination of rising prices and the apprehension of hunger that impelled such protest persisted.

It is unsurprising therefore that the increase in distress that was the most serious consequence of the loss in 1845 of forty per cent of the potato crop due to the potato blight (phytophthora infestans) prompted a surge in food rioting and allied forms of protest unlike anything previously witnessed.

This took place on a modest scale initially in the winter of 1845-6 as a number of communities, in the midlands mainly, sought to interrupt the movement of foodstuffs out of their localities.  But as the impact of rising prices, and the very real prospect of scarcity and, its concomitant, hunger increased in the spring of 1846, the number of such interventions grew.

They were not confined geographically to one part of the country, but they were at their most numerous and most intense in county Tipperary in April when town dwellers, who were dependent on purchased food, and the rural land poor, who were hard hit by the depletion in potato stocks, looked on with mounting disquiet as farmers, millers, merchants and others sought to capitalise on the high prices they could command for foodstuffs.

Impelled by 'hunger', and angered by the inadequate response of local and national authorities, crowds ranging in size from ‘several hundred’ to ‘four to five thousand’ targeted mills, meal stores and bakers’ shops in the neighbourhood of Carrick-on-Suir, Clonmel, Fethard and Clogheen, cargo boats on the river Suir, and convoys of carts on the roads – indeed any place in the region embracing south county Tipperary and the adjoining parts of counties Waterford and Cork at which food might be located.

It was a short-lived but intense episode (it accounted for two-thirds of the total number of incidents of ‘plundering provisions’, which was how these interventions were then officially denominated, in April and May 1846), but it did galvanise the authorities into action, and, other than a number of isolated incidents, there was no further sustained protest of this kind during the summer of 1846.

‘Hunger will break through a wall’

Indeed, had the potato crop not failed again in 1846, it is improbable that the country would have witnessed the sustained period of food protest, beginning in September 1846, that exceeded that experienced earlier in the year.

It was at its most acute in Munster once more, but in contrast to the geographically confined character of the protest registered in April, it occurred across the island; only counties Dublin, Antrim and Londonderry/Derry recorded no incidents.

A majority of counties (twenty in all) reported fewer than ten incidents between September and December, but the fact that the total number of incidents rose sharply from twenty-seven in September to 181 in December and 150 in January 1847 attests to the anxiety of the population and the urgency with which they pursued succour.

Driven by desperation, given voice by the member of a protesting crowd at Banagher, county Offaly in September, who pronounced defiantly that ‘hunger will break through a wall’, protest provided the populace with a means whereby they could make known the severity of their plight.

It also gave them agency of a kind as it served to alert officialdom to the urgency of poor relief if the needs of the poor and necessitous across the island were to be allayed, and the threat presented by malnutrition and hunger eased.

It is not possible to establish the effectiveness of the varieties of means employed by the many thousands who engaged in food rioting in 1846 and the winter of 1846-7.

It might be suggested that its very occurrence incentivised the government to expand the distribution of relief, inaugurated in March 1846, through the medium of the ambitious public works initiative, but this would be an oversimplification of the factors that influenced government decision-making.

Be that as it may, it is apparent from the various examples of conventional food protest – such as the ‘large concourse of people’ which marched preceded by ‘a man ... with a large staff in his hand on the top of which was placed two loaves of bread’ that took place in Carrick-on-Suir, county Tipperary, on 30 September 1846 – that substantial elements of the community looked to government in hopeful expectation.

They had some reason to do so for as long as the public works programme responded to the appreciating need by increasing the numbers in receipt of support from this quarter in 1846. One might even suggest that the marked decline in the number of ‘plundering provisions’ incidents that took place in the spring of 1847 was a reflection of this fact, since their number expanded rapidly when the Whig government chose, for financial, organisational and ideological reasons, to suspend the public works programme in the spring of 1847.

Having grown nearly tenfold from eleven in March to 105 in May, food protest remained a prominent feature of Irish life for the remainder of 1847.  Moreover, though the number of incidents declined in the second half of the year to the level closer to that registered in the spring of 1846 than the autumn and winter of 1846-7, the food rioting impulse endured.

There were far fewer incidents of this kind in 1848, but the pattern of collective protest, that was so visible a feature of the landscape in 1846 and 1847, can still be identified then, and in a still more attenuated form, in 1849 and 1850.

Even this did not bring about the ‘tranquillity’ that was long perceived to characterise the Irish public’s response to the experience of famine. As ‘the bonds of society ... dissolved, as Fr James McHale of County Mayo noted, collective forms of ‘food rioting’, such as intercepting cars, carts and canal barges, and entering bakeries, meal stores and mills to obtain grain and flour, which were common occurrences in 1846 and 1847, were exceeded by increased recourse to food theft and attacks on livestock within the portmanteau offence of ‘plundering provisions’, which is how the authorities categorised all forms of food related offending.

The courts also distinguished between criminal behaviour and famine instigated protest by treating offenders who were brought to trial for these offences with more than usual sympathy, as law officers had tended to do when they encountered food protest in the eighteenth century.

Neither category of offender could anticipate escaping punishment, but the mildness of the sanctions that were handed down when the offence could be shown to be fuelled by need indicated that while the tradition of the ‘moral economy’ that had long defined food protest may have weakened in the early nineteenth century it had not disappeared entirely.

The frequency, order and diversity of the food protest that took place in Ireland during the Great Famine was a product, first and foremost, of the severity of that crisis, and second, of the ongoing tradition of rural as well as urban protest that gave legitimacy to popular interventions.

One should not expect different. In this as in so much else, the pattern of ‘protest and resistance’ identifiable in Ireland in 1846 and 1847 mirrors the usual response to famine; it is, as Cormac Ó Gráda has pointed out, only when crises reach their deadly nadir that ‘apathy and hopelessness’ take hold.

James Kelly, Food rioting in Ireland in the eighteenth and nineteenth centuries (Dublin, 2017)

James Kelly MRIA is professor of History at DCU and the author of, among other titles, Food Rioting in Ireland in the eighteenth and nineteenth centuries (Four Courts Press Dublin 2017)