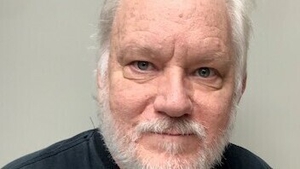 The conditions in Parsonstown Workhouse in Birr, County Offaly, were horrendous. As Andrés Eiríksson explains, what happened there exemplified the worst responses to the Famine

'It was all sympathy for paupers and beggars [sic] brats, and in what they are to [be] made comfortable, as if they had not been used to cabins and hovels of the meanest and filthiest kind from birth'.

So stated John Persse Grome, a guardian of the poor in the union of Parsonstown in February 1849.

The union was established ten years previously in May 1839 and comprised 251,298 statute acres of which three-quarters were within Kings county (now Co. Offaly) and one-quarter within County Tipperary. The workhouse was built in the town of Birr. At the time, the official name of both the town and the union was Parsonstown.

The guardian in question went on to say that

‘while all this pity was felt for the beggars, there was no sympathy for the Landlords, and gentlemen … at whose expense these persons were to be fed sumptuously, and get in addition Nutmeg Whey.’

The Board of Guardians represented precisely ‘landlords and gentlemen’, the very opposite of the ‘paupers and beggars brats’ under their care. The board prided itself on its fiscal prudency and extreme austerity, being one of the few boards in the unions most affected by the Famine never to grant outdoor relief.

It kept strictly to the ‘workhouse test’, which compelled anyone seeking relief to enter the workhouse and live within its confines.

Deaths in the workhouse

In turn, this led to huge pressure on the workhouse, overcrowding and other internal problems. It was commonplace that overcrowded workhouses facilitated famine pandemics: typhus, relapsing fever and dysentery.

With the almost total failure of the potato crop in 1846, the price of other food stuffs escalated from the autumn of that year onwards. In Birr the price of wheat doubled, while the price of oats increased by 70 per cent between July 1846 and February 1847.

The price of Indian meal, new to the market, was also extremely high in the first three months of 1847, roughly double what it was for the remainder of the Famine. Due to both the higher number of inmates and rising prices, the dietary cost of the workhouse increased by nearly 40 per cent during the same period. By March 1847, the funds of the union were all but depleted

The spread of disease

In terms of workhouse deaths, the effect of this was felt in the first four months of 1847. Dysentery was the main culprit. In January and early February most of those who died entered the workhouse in an advanced stage of the disease and died soon afterwards.

Thereafter, the internal spread of the disease was a major factor. A later inquiry revealed that the food was unsuitable, with course bread being served to sick inmates unable to digest it. It is also noted that the infirmary was never visited by medical officers and the hospital had up to six patients in one bed.

The crisis of this second fatal period was imminently foreseeable and to a large extent caused by the board’s inadequate and slow response. This time contagious diseases were not the most fatal. In mid-January, medical officer Waters told the guardians that

‘there was no infectious disease amongst the inmates, but there was a great mortality amongst the infants, 28 having died during the week. They are dying from the cold.’

Such claims were repeatedly made in January and February. At the time, proper heating, insulation, and appropriate clothing were all lacking. Each ward had but one turf fire, giving little heat and much smoke. At least some parts of the house, including the schoolrooms, had a mud or clay floor.

The Poor Law stipulated that all residents wear workhouse uniforms rather than their own clothes. But in early January the workhouse ran out of shoes and many inmates remained barefoot for days or even weeks. One may add that this was a particularly cold winter.

All these problems were evident in early January, but it took until mid-February for the board to accept them and provide some solutions in the form of new ‘stoves and pipes’ and flannel coats. Meanwhile, in the first six weeks of 1848, 234 residents died.

Most were children reported to have died from marasmus. This is not a contagious disease but one related to prolonged malnutrition in children. It is eminently treatable given the right care and environment. Only two Irish workhouses had a higher proportion of deaths from marasmus, starvation and other diseases related to malnutrition. The neighbouring workhouses of Tullamore and Edenderry had much lower numbers dying from marasmus.

The workhouse was originally built to house 800 paupers. According to the board, its capacity had been increased, by raising sheds and hiring auxiliary buildings, to 2,200 in February 1849. However, this figure was contested by Poor Law Inspector Lynch, who set the capacity at 1,700.

Going by his estimate, overcrowding amounted to 1,300 above capacity in May 1849. This meant that most inmates were sharing beds in times of pandemic fever and dysentery. The overcrowding applied to the dead as well as the living.

Already by the end of 1848, the ‘dead house’ was full and corpses were stored in the yard, under stairs and in the privies, which were situated close to the hospital. The stench was said to be ‘abominable and dangerous’.

Overcrowding had a devastating effect in early 1849. Given the incubation time and the course of typhus, relapsing fever and dysentery, most of those who entered the workhouse already sick should have died within the next three weeks.

But the majority of those who died did so four to ten weeks after admission, indicating a rapid internal spread. The dogma of no outdoor relief and the failure to tackle overcrowding until July cost countless lives. The total number of deaths was 1,033 in the first half of the year, 166 in the second half when workhouse capacity had been increased by 600.

As in 1848, the funds were there from the start and the bank balance healthy, but the guardians refused to act in the interest of the inmates.

In 1848 and 1849 union policy and workhouse management had a devastating impact on mortality levels within the workhouse.  The refusal to grant outdoor relief; overcrowding; poor heating; inadequate clothing, food and medical attention; the reluctance to acknowledge such problems, respond to them and spend funds all contributed massively to the high death toll.

This was closely linked to an attitude often expressed at board meetings, an attitude of total contempt for the destitute poor, who were depicted as the antithesis of the ‘industrious classes’, without self-restraint, personal pride or work ethic, integrated into a culture of sloth and dependency.

With three or four exceptions, the fifty or so board members stayed away from the inside of the workhouse and its residents. Father John Spain, its Catholic chaplain, was right when he asked

‘What can the Guardians know of the state of the house, as they never go through it’.

With such wilful ignorance, stereotyping and blaming of the victim, the poor were systematically dehumanised to the point that their lives did not matter.

Andrés Eiríksson is an Icelandic historian, journalist and translator living in Ireland