This interactive map provides a visual overview of the buildings destroyed, damaged and looted during the so-called 'burning of Cork' by British forces on 11-12 December 1920. Based on new research, it builds on a map published by the Irish Labour Party and Trade Union Congress in in their pamphlet Who burnt Cork city? A tale of arson, loot and murder (January 1921)

It was designed and produced by Mike Murphy and Charlie Roche, cartographers for University College Cork's Atlas of the Irish Revolution. 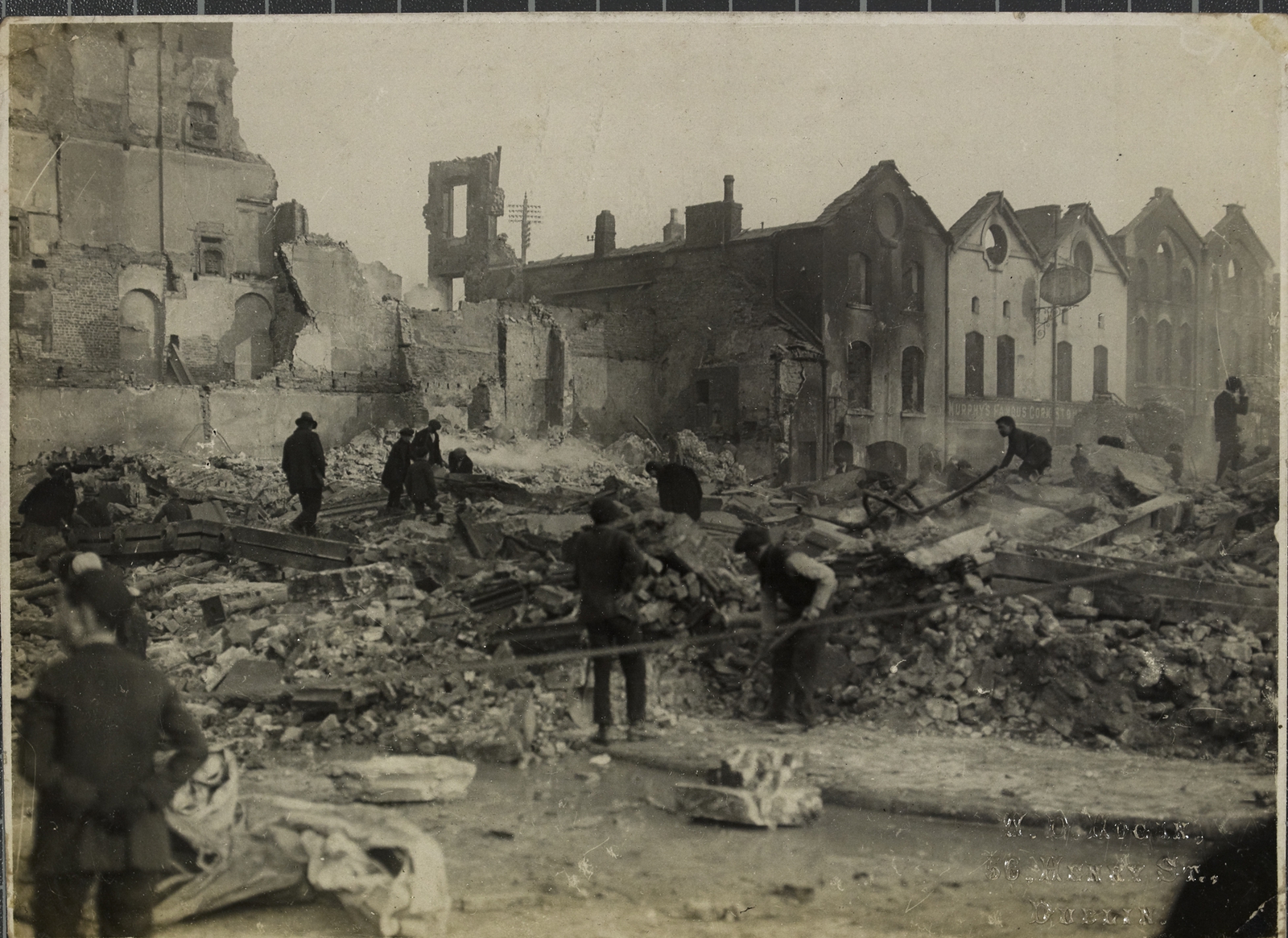 The rubble of Cash's department store on Patrick Street after the burning of the city. Image courtesy of the National Library of Ireland 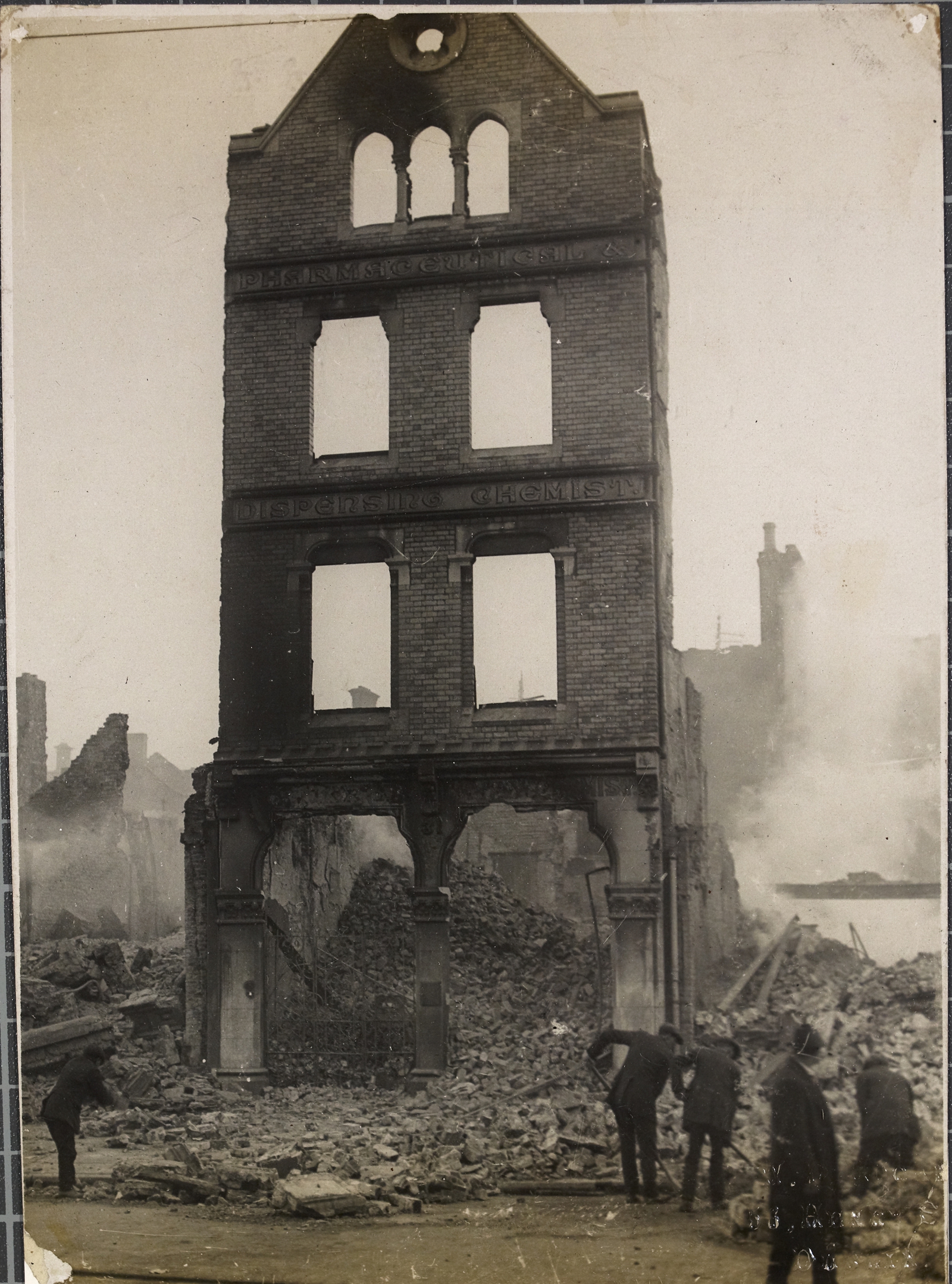 The remains of Sunner's Pharmaceutical and Dispensing Chemist, 31 Patrick Street, Cork as they were on 13th December 1920. Image courtesy of the National Library of Ireland