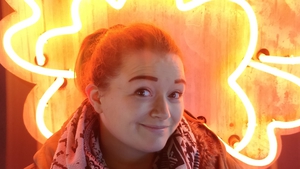 A major new documentary tells the story of the Famine and its consequences. Lisa Burke, assistant editor of The Hunger, explains how working on it opened her eyes to the horrors of the past

Living in 21st Century Ireland it is often easy to forget the past struggles that the Irish have come from. We take for granted the lives of yesteryear when we're surrounded by gluttony and commercialism on a daily basis.

I live comfortably knowing I can leave my house any day of the week and within 5 minutes’ walk I have 3 supermarkets full of ample fresh food sold at an affordable price to choose from. There is no shortage, no foraging, no challenge. This situation couldn’t be any further removed from the lives of our Irish ancestors.

We may learn about the famine in school, but that is nothing compared to education I got while working on this documentary. The Great Hunger was really a multifaceted disaster that could have been avoided under different circumstances. The famine wasn’t just about a food shortage, but the various social, economic and political factors at play also.

One of the most shocking things I learned working on this project, was the amount of food that was actually in Ireland during the famine, but it was not made available to those who were starving and in need. This pushed people to the brink and what they were forced to do and eat to survive really is hard to imagine.

I personally think the most important take away from the series has to be the vital role that emigration played within Ireland. If it weren't for America, Canada, England and Australia accepting Irish immigrants during the famine, those 2 million people who escaped the island may have all perished here instead.

We were the immigrants who need help then and thankfully people were there to help us. If this had not been the case, we could potentially live in a very different version of the world now.

Bringing the story to life

One challenge we faced in making this series was the selection of archive. Archive plays an integral role in bringing any story to life, it authenticates the narrative and creates empathy with the viewers who can then put a face to a name, so to say.

The Great Hunger comes about at a time of change, the birth of mass media with illustrated journalism and the implementation of the printing press, these factors lead to the distribution of Irish famine images globally. Because of this thankfully there are some wonderful images and sketches of famine Ireland from the time, but there is not much else.

Photographs were very limited – photography really only became more popular as the decades went on and video at that time was non-existent. So, the net was cast far and wide to find all the archive used in the programmes, from public libraries to private collectors and everything in between.

We gathered an amazing collection of pieces in the end; some awe inspiring and some heart-breaking, all of which really helped to bring the documentary to life in the end.

The Hunger may not be an easy watch for some, but it’s a very important one. If nothing else hopefully it highlights, as one of our contributors Christine Kinealy said, 'The Famine didn’t need to happen then, and it doesn’t need to happen now’. If we can learn from our history, we can make sure to never venture down that path again.

The first part of The Hunger: The Story of the Irish Famine, narrated by Liam Neeson, airs on RTE 1 on November 30 at 9.35.

Archive enthusiast and assistant editor of The Hunger