He was a civil servant turned revolutionary who was close to Michael Collins and became the focus of "republican bitterness" in the Civil War. In this entry from the Royal Irish Academy's Dictionary of Irish Biography, Marie Coleman and William Murphy tell his story.

Jeremiah senior, also known as Diarmuid Ó hÉigeartuigh, was a member of the Gaelic League and collected stories and folklore from his grandmother later published as Is Uasal Ceird (1968) (edited by Stiofán Ó hAnnracháin); he also published Tadhg Ciallmhar (1934).

His son Diarmuid was educated at the CBS, St Patrick's Place, Cork, joined the civil service in 1910 and was posted to the Department of Agriculture and Technical Instruction, acquiring invaluable administrative experience as private secretary to T. P. Gill, secretary of the department.

He was a member of the Keating branch of the Gaelic League and the closely associated Teeling circle of the IRB, and in 1913 became secretary and stage manager of a troupe of Gaelic players, Na hAisteoirí, which included several who later became prominent revolutionaries: Piaras Béaslaí, Gearóid O'Sullivan, Fionán Lynch, and Con Collins.

Second lieutenant of F Coy, 1st Bn, Dublin Bde, Irish Volunteers, during the Easter rising he was in charge of barricades in Church St., Mary Lane, Mary's Abbey, and Jameson's distillery, an area which saw fierce fighting. Imprisoned in Knutsford from 1–18 May, he was released in error and returned to his post in the civil service.

On his return he was a key figure in the reorganisation of the Volunteers and IRB, becoming a member of the executive of the IRB's supreme council along with Michael Collins and Seán Ó Murthuile. He also became a central figure in Kathleen Clarke's prisoner support group, the Irish Volunteer Dependents Fund, and when this amalgamated with the more moderate Irish National Aid Association to form the INA&VDF in August 1916 he helped to ensure that it was dominated by republicans.

He was very close to Michael Collins and Harry Boland  – they called him 'the parson' – and in 1918 this IRB triumvirate exercised considerable control in the nomination of Sinn Féin candidates for the general election.

In the same year he was dismissed from the civil service for refusing to take the oath of allegiance, but his administrative talents found ample outlet in the secretariat of the revolutionary Dáil and later in the service of the new state to such an extent that he has been called ‘the civil servant of the revolution’ and ‘the Grey Eminence of the Free State Government’.

As clerk of the first Dáil and secretary to the Dáil cabinet (1919–21), he was largely responsible for its success, organising meetings of the clandestine parliament and coordinating the work of various departments from his offices on the corner of O'Connell St. and Abbey St. and later in Middle Abbey St.

Operating a government on the run

He was determined that the Dáil would demonstrate its worth by ‘functioning as any progressive government would be expected to function’. He recorded the minutes and handled all correspondence of the Dáil cabinet. As the conduit through which the Dáil's ministers communicated, his role was central to the effective operation of government on the run.

The influence this gave him within the revolutionary movement was bolstered by his senior role within the IRB and the positions of military significance which he occupied. He was a member of the Volunteer executive (June 1916–November 1921), IRA director of communications (July 1918–March 1920), and director of organisation (March 1920–April 1921).

When convicted of illegal assembly and jailed for three months in Mountjoy (November 1919–February 1920), he immediately wielded power within the prison, ordering Noel Lemass off a hunger strike.

He resigned his military duties in April 1921 to concentrate on his work in the dáil secretariat and served as secretary to the Irish delegation during the Anglo–Irish treaty negotiations in London (October–December 1921).

'Much Republican bitterness' in the Civil War

He was a vital voice for the Treaty within the IRB and was appointed secretary to the cabinet of the provisional government in 1922, participating in the unsuccessful army unification talks of May 1922.

During the Civil War he was briefly seconded from his civil service post to serve as military governor of Mountjoy prison (July-August 1922), where he threatened that prisoners who persisted in leaning out of windows and talking to the public outside the prison would be shot.

Peadar O'Donnell, who was a prisoner there at the time, remembered him as the focus of much ‘republican bitterness’. A member of the army council during the civil war, he served as director of organisation from July–December 1922 and director of intelligence from December 1922–May 1923, leaving the army with the rank of lieutenant-general on 1 May 1923 to resume his civil service career.

He was secretary to the executive council (1923–32) and principal private secretary to its president, W. T. Cosgrave. Again he recorded the cabinet minutes and was the administrative pivot upon which government turned.

He served as secretary to numerous governmental delegations and was widely praised for his work in this role at the imperial conferences of 1926 and 1930. In 1927 he went to New York to represent the government at a hearing into the fate of republican funds in the USA.

His career is the prime example of the influence of revolutionary veterans within the higher civil service in the early years of the state.

After the change of government in 1932, he was one of the very few senior civil servants who was effectively removed from his position; he was appointed to be a commissioner of public works, becoming chairman in 1949, a position he held until his retirement in 1957.

In 1939–40 he served on the economy committee established by the government to advise on wartime spending, and in 1941 was a member of a tribunal of inquiry into public transport, which was principally concerned with the poor financial state of Great Southern Railways.

His hobbies included golf and he was a member of Milltown golf club. On 27 April 1922, with Michael Collins as his best man, he married Claire, daughter of Edward Archer, a post office telegraph inspector from Dublin, and Susan Archer (née Matthews); her brother was William (Liam) Archer. 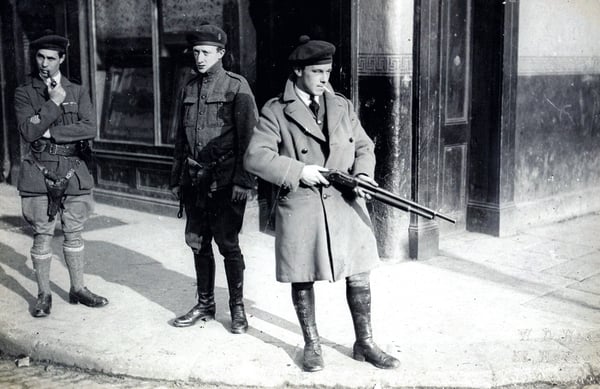 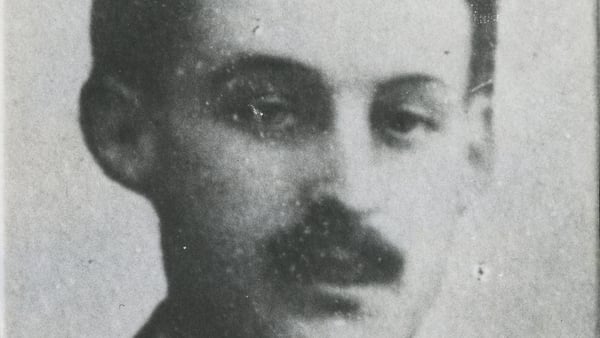 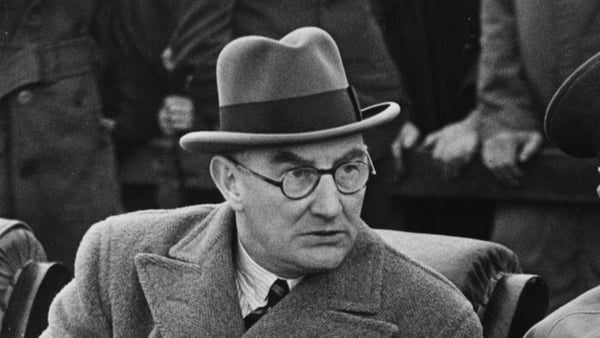 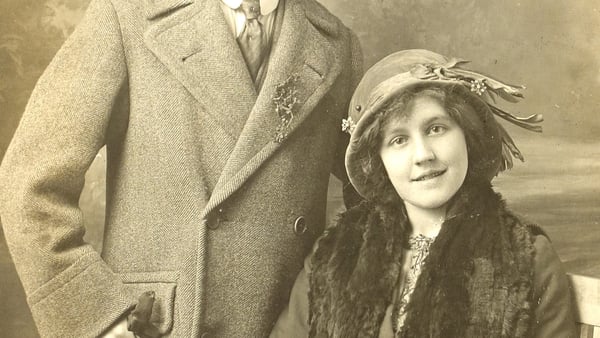