Renowned Poet and Author Doireann Ní Ghríofa spoke to Brendan O' Connor about becoming a writer, the value of time, writing in car parks and the irresistible draw of graveyards.

Despite being one of Ireland's most prominent writers, Doireann says she was late to the game of writing, only picking up her pen in her twenties during a period of sadness when her beloved grandfather was dying.

Ní Ghríofa's award winning book, A Ghost In The Throat, inspired by Eibhlín Dubh Ní Chonaill's Caoineadh Airt Uí Laoghaire, was written in snatches of time the poet had between school drop offs and she says her writing has come from 'the fabric of my life', which includes motherhood and domestic chores. While researching the woman who wrote one of Ireland's most powerful poems, Doireann found there was very little known aboout Ní Chonaill and she was 'always reduced to who was she in relation to famous men'.

Being a bilingual writer, Doireann says whilst English is her first language, her attending a Gaelscoil has given her a fluency and none of the hang-ups others have about the language which has made her comfortable moving between both languages in her writing. 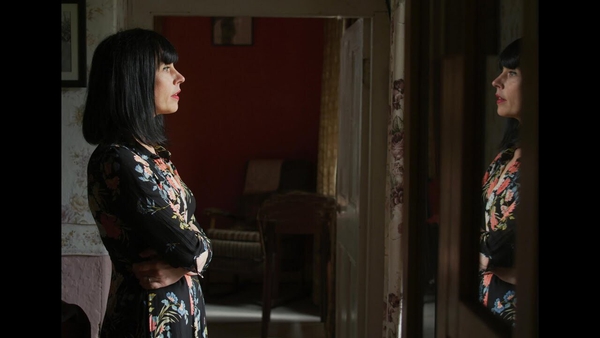