Kendall Jenner is definitely not the choice of a new generation following Pepsi's decision to pull a commercial featuring the reality TV star and model after it provoked a huge backlash on social media.

The tone deaf approach of the ad, which featured Jenner giving a can of the soft drink to a police officer during a protest. prompted anger and ridicule in equal measure.

The scene had echoes of the Black Lives Matter protest when a young black woman walked up to a police officer with a message of peace and who, moments later, is arrested. 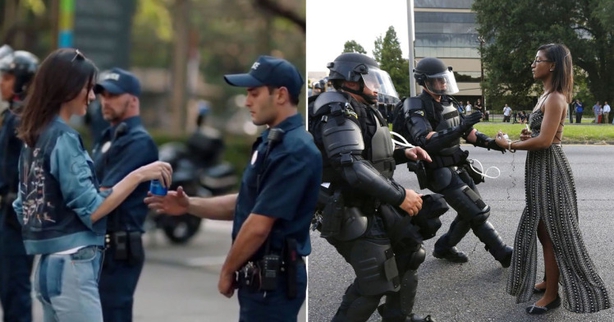 The ad showed the Keeping Up With The Kardashians star leaving a photo-shoot (minus her blond wig and lipstick) to join a protest where activists were carrying bland signs reading "love" and "join the conversation".

After picking her way through a box-tickingly diverse crowd - black street dancers, an Asian cellist, a transgender couple, Muslim photographer et al - Jenner picks up a can of the drink and offers it to a police officer as a peace offering.

After taking a sip, he cracks a smile, the tension eases, and the crowd cheers. Hurrah!

Naturally, people were a tad less than impressed at attempts to co-opt a rich, white and very privileged woman into a resistance movement as part of a promotional campaign.

In particular there were grievances over the undeniably cloth ear for the underlying politics of protest against alleged police brutality against African-Americans. 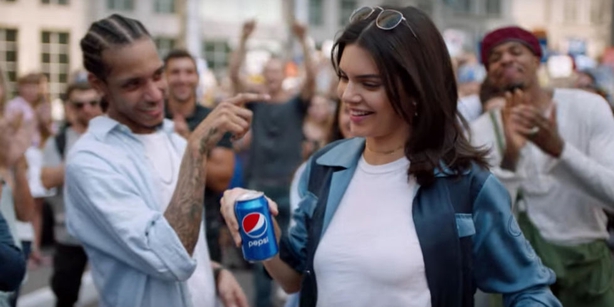 Bowing to the backlash, Pepsi have now officially pulled the ad and issued a statement apologising for "missing the mark."

They also apologised to Jenner specifically for "putting her in that position."

Although the statement claims that "Pepsi was trying to project a global message of unity, peace and understanding" the damage was already done. 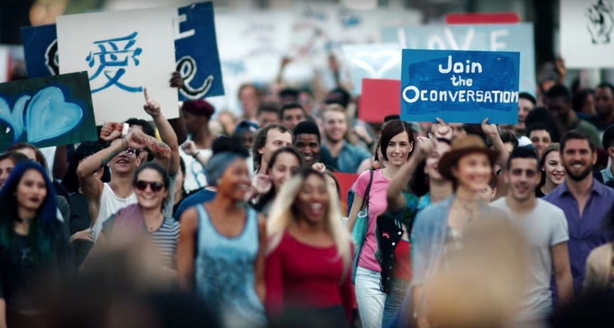 No sooner had the ad been released than social media went ballistic and digits turned to daggers.

So we should just give Putin & Assad & Trump a can of Pepsi & everything will be fine?

who else is reminded of Dr Martin Luther King's famously resonant "I have a Pepsi" speech pic.twitter.com/xX5h3it3d1

I hear @pepsi is already working on their next ad campaign. pic.twitter.com/GaOOvllQLb

"We have placed a single can of Pepsi at the North Korean border. Their move."

Madonna got her own sly dig in with this Instagram post, showing her holding can of a rival beverage with the caption: "When you wake up and realize that Sh*t just really doesn't make sense! #chosen.

"Side Note: My Pepsi commercial was pulled 30 years ago because I was kissing a black saint! #ironic"

However the most scorching comment came from the daughter of Dr Martin Luther King, Bernice, who had this to say:

If only Daddy would have known about the power of #Pepsi. pic.twitter.com/FA6JPrY72V