A special Christmas presentation of The Snowman will premiere in Dublin's O2 on the largest screen in Europe this december.

Shay Byrne, the presenter of Risin' Time on RTÉ Radio 1, is hosting and narrating the show and he told RTÉ TEN: "It is that time of year again – it's cold outside, therefore it's Snowman time!

"I'll be narrating the story of the Snowman and it'll be projected onto the big screen. People will remember the film of the little boy with the Snowman.

"It has a wonderful score, the orchestra play in the background and I stand there with my book and I read it. You get very emotionally involved in the story.

"We were in the National Concert Hall last year and played to over 9,500 people. This year we're moving to a ginormous venue, the wonderful. 02 on Sunday December 8. It's going to be fantastic – 120 performers on stage, a 60-foot screen, the biggest screen in Europe.

"It's going to be fantastic, I'm really looking forward to it"

Tickets are available for The Snowman for Sunday December 8 at 6pm (the 3pm show is almost sold-out) via TicketMaster. 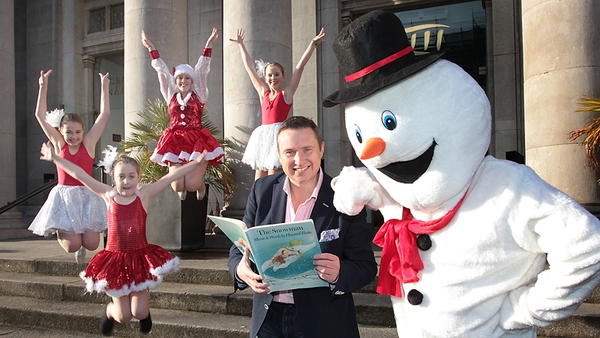