This week on Emmerdale, Kim and Al are stunned when Rhona announces that she knows who killed Graham.

Al is soon forced to admit to Kim that he didn't kill Graham after all, leaving her angry but also relieved that she wasn't responsible for his death either.

The next day, Kim is shocked when she comes across a picture of Pierce, the man she thought was Ollie, her solicitor. She heads off determined to tell Rhona how Pierce has been pretending to be her solicitor for weeks.

Charity is upset that she hasn't received any communication from Vanessa, thinking she must be having too good a time in France to write back to her. However, Charity soon finds Vanessa's passport and boarding pass and is panicked. Charity is desperate to track Vanessa down. 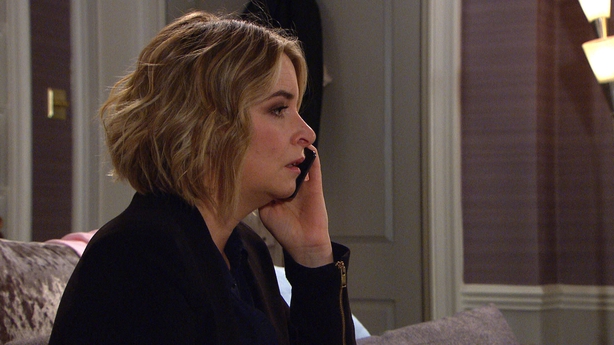 Later, Rhona receives a video call from Vanessa who reveals she is with Pierce. As Vanessa struggles to communicate, Pierce hijacks the phone and Rhona is frozen in horror to see his face.

Rhona agrees to meet with Pierce in the interest of saving Vanessa. She arrives at Mulberry and Pierce forces her to hand over her phone.

Pierce is soon distracted when he hears a thud from upstairs. As he goes to check it out, Kim appears and demands to know what's going on. 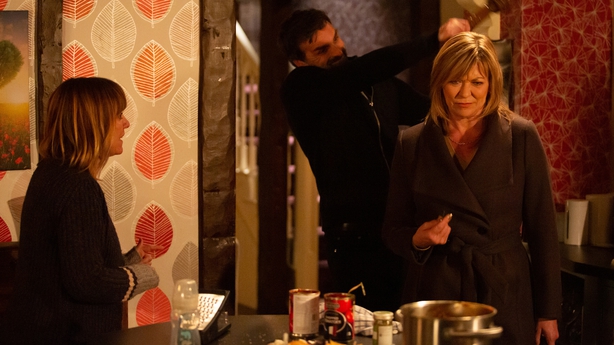 Before Rhona can get her to leave, Pierce knocks Kim unconscious. The tension is palpable as Rhona reveals to Pierce she knows he killed Graham.

Pierce drags Kim's body into the bedroom and begins to bind her hands. How can Rhona help now?

Also coming up, the gulf between Cain and Moira deepens as Moira removes her wedding ring, Doug has some monumental news and Laurel and Jai reunite.