This week on Fair City, Bosco books Ray for some driving lessons. Ray doesn't take well to being bossed around by Wayne in front of his student.

Wayne's attempts at apologising to Ray fall on deaf ears, but Bosco later manages to broker a truce between them.

Later, Bosco books in an urgent driving lesson with Ray but Ray throws his back out so Wayne steps in as driving instructor. Wayne lies when he and Bosco are stopped by the Gardaí.

Orla warns Wayne and Bosco to keep their run in with the Gardaí from Ray, and cautions Wayne about the consequences of impersonating a driving instructor. 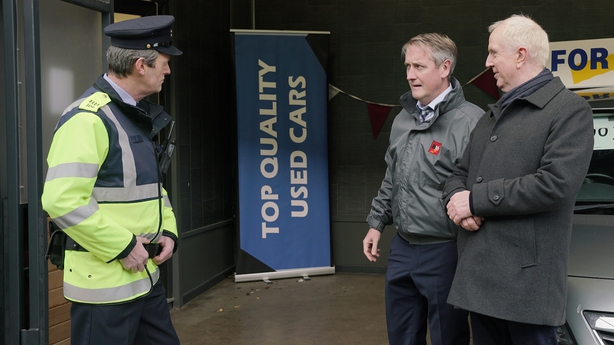 Matters become more complicated after Wayne has to assume Ray's identity when the garage is visited by one of the Gardaí from the run-in.

Elsewhere, Phoebe returns home due to a sports injury. Damien and Maired are oblivious as Phoebe tries to make contact with Will.

Phoebe lies to Mairead about her plans for the day, and Mairead figures out she's being deceptive. Mairead and Phoebe share an emotional farewell as Phoebe prepares to return to France. 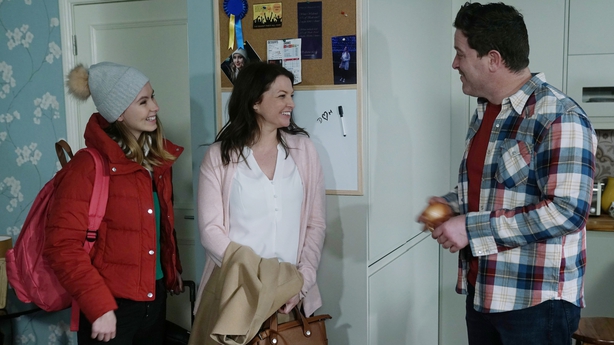 Hayley confronts Aidan when he tries to wrestle control, and he shows Hayley who's boss. Carol warns Jane about Aidan's work practices and worries that the Collins family are not taking the threat seriously. Aidan and his cronies later gather in the pub for a lock-in.

Hayley ignores Jane's advice to tell Ger about Aidan's antics. Carol tells Aidan about Hayley's relationship with Yates, and Hayley warns Carol to stay out of her business.

Aidan offers Lee work as a debt collector and Lee enjoys the power rush. Anto is later concerned when Lee shows him the fruits of his debt collection. 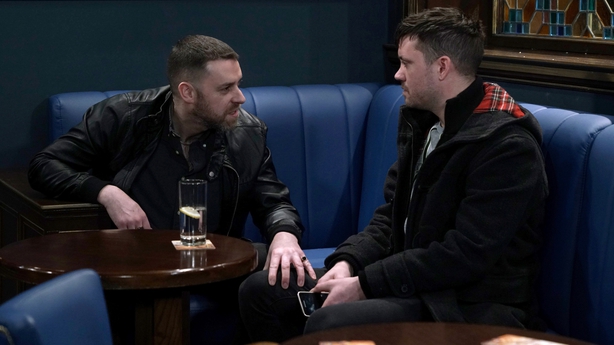 When Carol realises Aidan is dealing drugs out of McCoys, she tells a horrified Hayley to put an end to it.

Lee is unable to escape Aidan's clutches so Carol steps up with a warning to Aidan. Carol gets a disturbing package in relatiation, and tells the Colins' they'll have to deal with Aidan on their own.