This week on Emmerdale, Vanessa struggles to free herself after Pierce ties her up and holds her hostage in the house.

She is incredulous of Pierce who seems confident he'll be able to convince Rhona he's changed and win her back. Later that week, Paddy is shaken to hear Rhona thinks Pierce is out of prison and has tried to contact her. A terrified Rhona shows Paddy the card she has found. 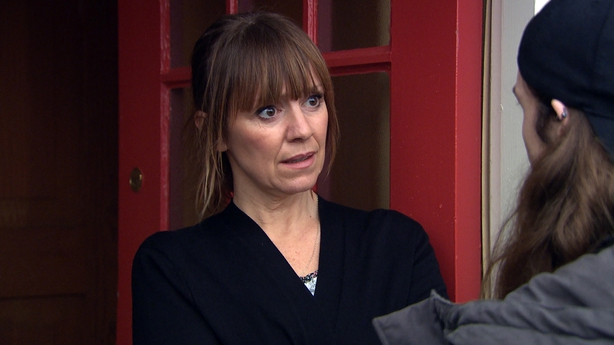 Elsewhere, Will organises a kids fun blaster fight, but Billy has to contain his panic when he sees Lucas re-entering the room holding a real gun instead of a blaster gun. While Will hyperventilates, Billy patiently manages to get Lucas to hand the gun over to him.

Harriet and Billy realise the gun belongs to Will and Harriet thinks he has some explaining to do. They are torn when Will implies that if they reveal the truth to Dawn it could lead to her losing custody of Lucas.

Meanwhile, Matty and Victoria are shocked when Moira reveals she has signed the divorce papers Cain served her. The next day, Nate asks Cain if there's a way he can help sort out things between him and Moira. 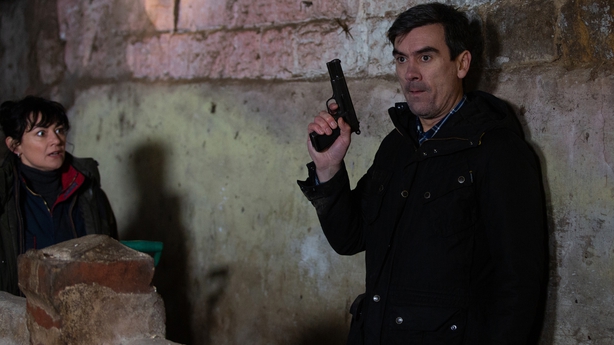 A concerned Cain later visits Moira and they are both suspicious when they hear a noise from outside. Cain is put on the spot when Moira asks where he got the gun he is holding.

When Cain refuses to tell her, Moira tells him she thinks he still feels something for her. Cain deflects and leaves to search the fields, finding the dead body of a sheep.

He rushes back to the barn when Moira's waiting. Cain draws his gun when he sees the figure of a man approaching in the darkness and shoots him. When their flashlight illuminates his face, they are shocked to see who it is. 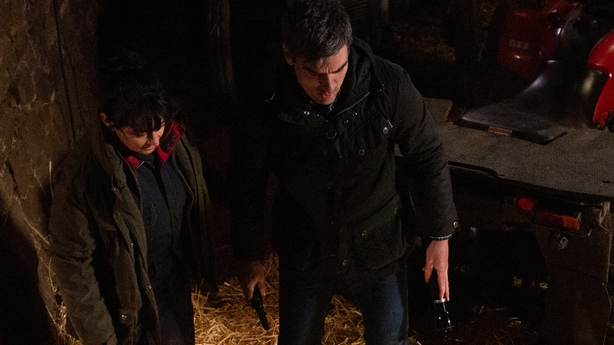