It's an explosive week on Emmerdale as Faith tells Cain how she believes Moira is having an affair with Pete.

An oblivious Pete heads to the farm and walks into Cain's trap, who knocks him unconscious. 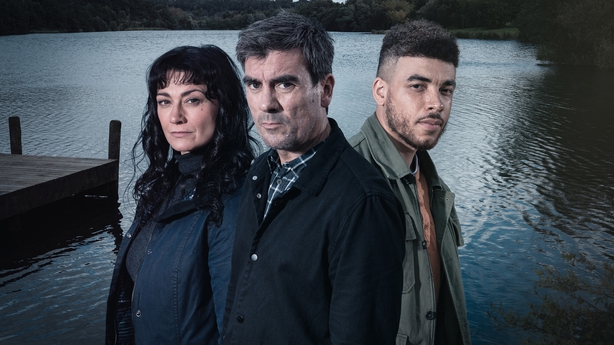 A tied-up and panic stricken Pete tries to reason with Cain until he at last reveals it is Nate and not him that Moira is having an affair with.

The next day, a blissfully unaware Moira wakes up next to Nate at a hotel, but just as they are preparing to leave, Cain arrives.

He coerces Moira and Nate into his car and brings them to a lakeside pier where he tells them they're taking a fishing trip. Once on board, Cain reveals he knows about the affair and ends up having a violent altercation with Nate.

In the commotion of the fight, Moira falls overboard and becomes trapped in weeds underwater. Meanwhile, a petrol canister that has been leaking explodes on the boat, leaving the passengers' lives in danger...

Elsewhere at the reopening of the Woolpack, Bob reveals that the builders haven't fixed the toilet in time. Marlon and Chas go to investigate, but become trapped in the toilet without a phone between them, just as Chas's waters break.

Marlon makes her a makeshift bed out of his chef's jacket and coaches her through labour...