This week on Fair City, Will ingratiates himself with Phoebe and badmouths Damien to her as she pushes Mairead away.

Phoebe accuses Mairead of instigating the kiss with Will and Damien reels from the allegation. Mairead orders Will to tell Phoebe the truth.

Later, Phoebe is alarmed at a gift Damien bought for Mairead and she begins to probe into Damien's past relationships.

She decides to take drastic action to slow down Mairead and Damien’s relationship but then worries about the repercussions. Will admits he wants Damien and Mairead to break up. Will and Damien forge an uneasy truce, while Phoebe and Damien have a heart-to-heart about his past.

Becoming more desperate, Will tries to paint Damien as the bad guy in more inventive ways.

Elsewhere, Sharon walks out as Bela and Anto discuss the details of the house sale, and Sharon is desperate to help Comet get new business. She worries that their home has come at a heavy price for Haley, who is getting used to Mondo being her boss.

Sharon’s guilt intensifies when Hayley is given grunt work for Comet, but Hayley tries to put on a brave face. Lee tells Hayley to bide her time at Comet until Mondo messes up. 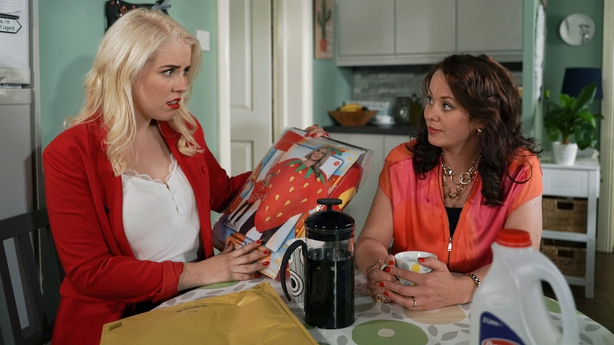 Meanwhile, Paul struggles to hide his upset when Ruth leaves for boarding school and wonders to Melanie if he’s done the right thing.

Fiona brushes Melanie’s misgivings aside. Melanie later gets a surprise phonecall from Ruth and tells Paul to go to Ruth immediately.

Fiona feels left in the cold when Melanie, Ruth and Paul share a warm moment and suggests Melanie is overstepping some boundaries. Melanie organises Ruth's return to her old school.

Later, Fiona takes matters into her own hands and fires Melanie.