Gary Kemp has just released his second solo album - 26 years after the first. INSOLO sees the Spandau Ballet guitarist and songwriter running the rule over his life, inspired by his family, the music he grew up with, and his new job as singer-guitarist with Pink Floyd's Nick Mason in Saucerful of Secrets. He tells Harry Guerin about looking back, looking forward, and enjoying this moment.

I think I wanted to do more solo work initially, but maybe, you know, I wasn't in a good headspace to do it.
I felt like I'd said all I wanted to say on that first album. It didn't get the recognition I feel it deserves. I still think it's a really strong album, but it was coming out at the same time as Blur and Oasis and Britpop and I'm like, 'Where do I go from here?' Then I got embroiled almost immediately in a court case, a divorce. And then looking after Spandau - trying to get the band back together, making sure anything that comes out live footage-wise was in good nick and preserving the catalogue. Getting involved in acting suddenly, then I'm trying to get the band back together. We get back together three times. So, time goes on. I'm building a family, I've three kids, I'm not thinking about doing a solo album.

But I was always writing.
Every time I wrote I was thinking, 'I'll just put that away for Spandau - is this Tony's [Hadley, former Spandau Ballet singer] voice?' I got lost in the idea that I should be writing for myself. I think it was only working with Nick Mason and the Saucerful of Secrets that I felt finally a severance from the past. You know, it was a long divorce! I think I was codependent for too long!

I think Tony got it right. He was like, 'Come on, lads. We don't need to keep working together if we're not getting on'.
That sort of liberation that I discovered through Nick and playing more guitar, singing lead, being accepted by a different group of people, fanbase. A bunch of stuff happened and I just found myself writing. Writing lyrics, writing lots of lyrics. I never did that with Spandau - I always wrote music first. These lyrics are about me; this is me trying to work stuff out. There was only one way to go then.

The 'lightbulb moment' was writing Waiting for the Band.
[It's about] When I started off, my enthusiasm for glam rock and Bowie and Roxy and Bolan, dressing up with my gang of friends, running around the back of theatres hoping to get a glimpse of them, excitedly pushing ourselves to the front row. I felt it was the most complete song. It sort of answered a lot of my problems about, you know, 'Am I still that boy?' That boy is still inside me. I'm still full of that enthusiasm to discover music. That became the heart of the album, really, and everything just sort of fell into place around it.

I was definitely allowed to play more guitar on this record.
There were two things holding me back in the past. One was guitar solos weren't fashionable amongst the 80s generation and the other thing was we had a saxophone player in the band - any solos were going to him! I played a few live but never on a record. And I didn't mind - when I was writing for Spandau, I was only interested in serving the song. When you've got a lead singer, you can't have long periods of instrumentals!

I think some elements of prog suit the drama I like to write with.
I think it was a real joy for me to go back into that. Some of the first music I ever played as a kid was Pink Floyd - physically, in a band. We were into Floyd, we were into Wishbone Ash, we were into Genesis, Yes. It suits the different dynamics I can put within a song, rather than just a three-minute pop song. Let's face it, Ahead of the Game is a straight-up pop song - I can still write those - but it's got three guitar solos!

I started off writing I Remember You feeling that maybe I'm not as sharp as I used to be. But I end up writing a song that I feel is as good as anything I've ever written.
I then wonder about my relationship with my wife and my family. When they see the Spandau Ballet version of me that's some guy that existed years in the past. That becomes the song I Am the Past. That song starts off as an apology; it starts off as some melancholy when I'm writing it. But by the time I finish it, I feel a great sense of power. I think, 'Wow, that's better than anything I wrote with Spandau Ballet - that says more about me than anything I wrote with them'.

I think I have a lot of fear, a lot of imposter syndrome that comes around.
I believe a lot of the rubbish I read on social media sometimes. I can fall into that sort of despair. Once I started working on this record - and I think it was really down to Nick Mason - that really rejuvenated me. That gave me such a great feeling, where I wasn't just going out onstage with Spandau, going over the same songs that I'd done a million times, which have very little space for me to kind of change up gears. With this, I felt I was back in the ring again and I was going to prove something to people who only pigeonholed me in a certain way.

I live in a very different time bubble to most people.
Most people, they occasionally look back on old photographs of themselves and go, 'Wow, God - I look different. I've aged!' Mostly, people live in the moment - children come along and grandchildren and that's always the moment. I'm constantly on this cycle of having to look at myself younger and hear myself on the radio younger and be judged on my younger self, on my immature self! On a self that wrote songs that had no experience of real-life about them. I slightly regret not making more music for myself over the last few years. I realise now that I was capable of doing [it] and I should have done it more. But I'm already halfway through my next one [album], so I'm keeping this ball rolling. Relatively, I am still a young man! 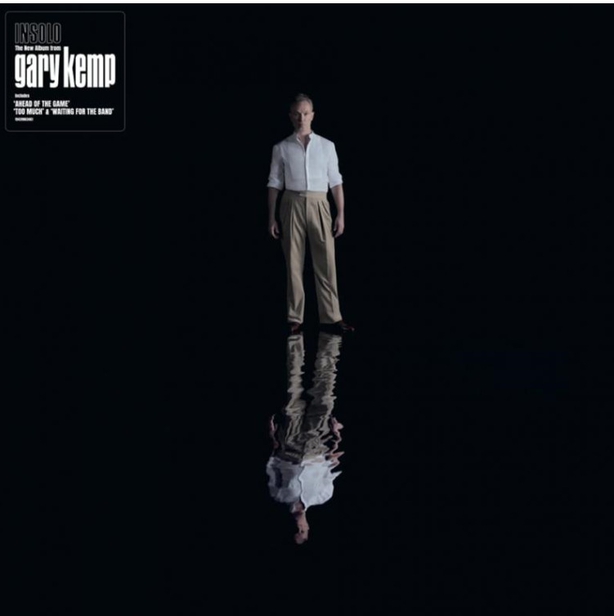 INSOLO is out now on Columbia Records. 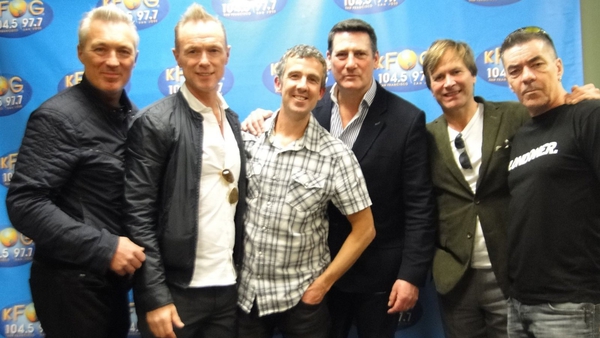